The New England Shirdi Sai Temple in Groton, MA, is designed to be a two-storey building spread over 40,000 square feet. Intended to be an epicenter of the philosophical and spiritual teachings of Sai Baba in USA, the temple will help connect young Indians across America with their cultural roots, according to Mahender Singh, the President of New England Shirdi Sai Parivaar (NESSP). 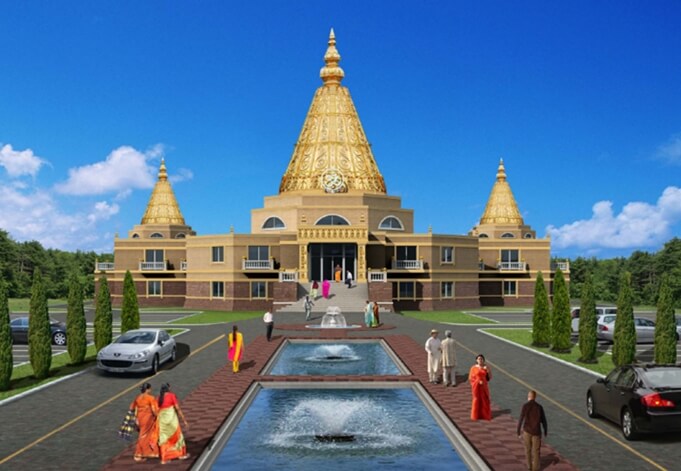 Currently housed in a 7,200-square-foot rented property in Chelmsford, the temple will have its new complex built for a whopping USD10 million apart from the cost of the 28-acre land, that is $1.4 million. The New England Shirdi Sai Temple in Groton, MA, will have a temple building with a big prayer hall, a sprawling dining hall with a kitchen, and a few community rooms at the first phase of construction.

There will be a multipurpose hall for community events, residence for priests, and new-age classrooms for children’s education as well as cultural activity in the new complex of the New England Shirdi Sai Temple in Groton, once the second phase of construction is over. The third phase, a long-term plan, includes a library and a 500-seat auditorium.

Alongside having spiritual discourses, religious practices, cultural events and enlightening programs, the New England Shirdi Sai Temple in Groton, MA, will allow devotees to hold weddings and other social occasions within the complex. To say precisely, the Sai Baba temple will be open to everyone. In the upcoming new complex, it will house Hindu deities including Lord Ganesh, Lord Vishnu, Lord Krishna, Goddess Durga, Shiv Ling, Lord Ram and Nava Graha.

NESSP recently launched a nationwide campaign to raise a fund of $500,000 for the ongoing construction of the temple.

Travel Beats is a community magazine for Indian Americans by Indian Eagle, a leading travel organization for Indians in USA. Travel Beats publishes the latest news and stories of the Indian community alongside listing Indian events in US cities.