Indian Cinema completed 100th year of its journey in 2013. It has come of the age over this long span of time. It has gone global with offbeat stories, bold themes, and contemporary issues. Both male and female actors have equally challenging roles to play, these days. The efforts of talented newcomers are being recognized. Indian films are received with honor at prestigious international film festivals. It generates thousands of career opportunities in acting, screenwriting, filmmaking, production, art designing, styling, sound recording, cinematography, choreography, etc. Indian Eagle celebrates the 100th year of Indian Cinema by sharing the latest picture with Indian Americans. 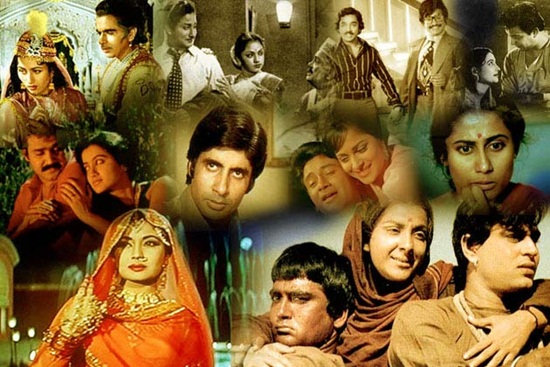 India rocks in Hollywood! Since the release of Life of Pi by Ang Lee, Hollywood filmmakers have been lavishing attention to Bollywood actors. Filmmakers in the West are looking to leverage the global appeal of Indian actors by casting them in their movies. Irrfan Khan, a noted actor of the Maqbool and Paan Singh Tomar fame, is a favorite of Hollywood directors. Amitabh Bachchan and Anil Kapoor are the latest face of Indian cinema in the West. Recently, Amitabh Bachchan was seen in a Hollywood movie, The Great Gatsby. South Indian actor R. Madhavan who earned kudos for his performance in Three Idiots has been roped in to play a leading role in Simon West’s Night of the Living Dead: Origins.

Indian films are given grand welcome to international film festivals of the world. The crème de la crème from the global entertainment industry have been valuing the worth of India cinema. Bearing evidence to the recent recognition of Indian films in the US is the screening of Sandcastle, the silver screen debut of stage director Shomshuklla, at Los Angeles Femme Film Festival in California. The movie has already journeyed to the London International Film Festival 2013, and the Tenerife International Film Festival 2013. Recently, Mira Nair’s The Reluctant Fundamentalist and Hansal Mehta’s biopic Shahid have been critically acclaimed at Chicago South Asian Film Festival. The Silent River Film Festival in the US nominated the Bollywood movie Lootera for screening this October 20.

The 22-year long imprisonment of Sarabjit Singh in Pakistan has been an international issue that Bollywood filmmaker Subhash Ghai is going to take on the silver screen. It was one of the long-running international stories in the world of news. Sarabjit, a native of Punjab in India, was convicted of espionage in Pakistan and consequently imprisoned for 22 years, and then died in an attack by the fellow inmates of the prison.

In many parts of the world, Bollywood is misunderstood to cook up only masala entertainment with spicy ingredients. To change this misconception of Indian film lovers across the globe, Mind Blowing Films, the Melbourne-based film distributor, has taken an initiative to promote Indian parallel cinema. The company kicked off the campaign with screening of Anand Gandhi’s Ship of Theseus. In the words of Mitu Bhowmick Lange, director of Milnd Blowing Films, they are looking to tell the world that Bollywood also produces offbeat movies which are meaningful, contemporary and sensitive. The campaign has been titled “Bollywood and Beyond.”

Bollywood actors are hitting international headlines for their noble activities for great causes. The America Abroad Media in Washington has shortlisted superstar Amir Khan from among nominations. Bollywood actor and producer Amir Khan shook the collective conscience of India by taking discussion on the socio-cultural, socio-economic, and socio-political issue of the country to global heights through his reality show “Satyamev Jayte.” The show worked towards educating and empowering the citizens by exposing them to the real picture of the issue that the nation is affected with. He has also been listed among the 100 most influential personalities by TIME Magazine.

Offering the lowest airfare for trips to India is one of the efforts by IndianEagle.com to recognize, celebrate and promote whatever is Indian to the core.