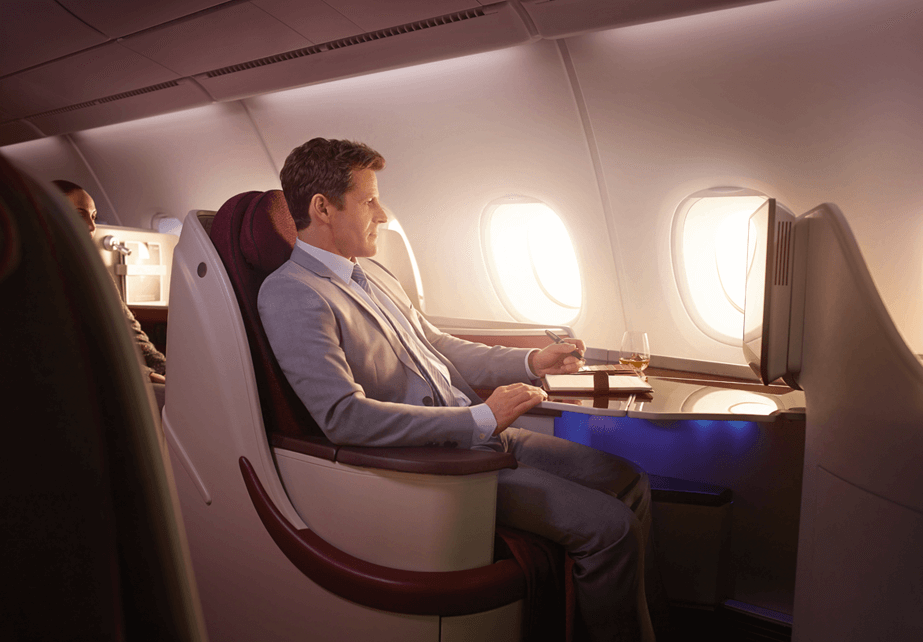 United Airlines is one of the top international carriers. Founded as Vamey Air Lines in 1926, it owns a fleet of 720 aircraft today. Headquartered in Chicago, Illinois, United Airlines operates from its main hub, O'Hare International Airport, and other hubs including Los Angeles, San Francisco, Washington DC, Denver and Guam. The airline achieved the first milestone by deploying its flagship aircraft Boeing 247 to operate passenger flights on transcontinental routes across the US in 1933. Today, it flies to more than 230 destinations across the world, including India. The award-winning United Airlines' cheap business class flights to India are mostly booked by IndianEagle.

United Airlines Business Class seats have a width of 22 inches and can be reclined to a comfortable position of 180 degree. They also have illuminated seat controls.

Power Outlets and USB ports are available at every seat. Wi-Fi is available in majority of the airlines' fleet. Complimentary pillows and blankets along with complimentary amenity bag containing Cowshed products are given to passengers. With United Airlines Business class flight tickets, passengers can access selected lounges at airports.

United Airlines is one of the few international airlines having generous baggage allowance for business class flights to India from USA. Two pieces of free check-in baggage; each weighing up to 32 kg, are allowed per traveler on business flights on most of the routes between USA and India. One cabin bag of 7 kg apart from a handbag or a laptop bag is permitted per traveler on all flights to India in United Airlines' business class. United Airlines' baggage allowance for business class travelers vary depending on connecting flights and codeshare flights.