Another Indian American is nominated for a key administration post in the US State Department! She is Manisha Singh, an eminent lawyer. President Donald Trump has nominated her for a critical role in the country’s economic diplomacy. If approved by the Senate, Indian American Manisha Singh will be appointed Assistant Secretary of State for Economic Affairs.

45-year-old lawyer Manisha Singh from Florida is currently serving as chief policy advisor to Senator Dan Sullivan. Being a former Deputy Assistant Secretary for Trade Policy in the Bureau of Economic, Energy and Business Affairs, she is a competent nominee for the post of Assistant Secretary of State for economic diplomacy. She does also treasure experience as a senior counsel to the Senate Foreign Relations Committee. 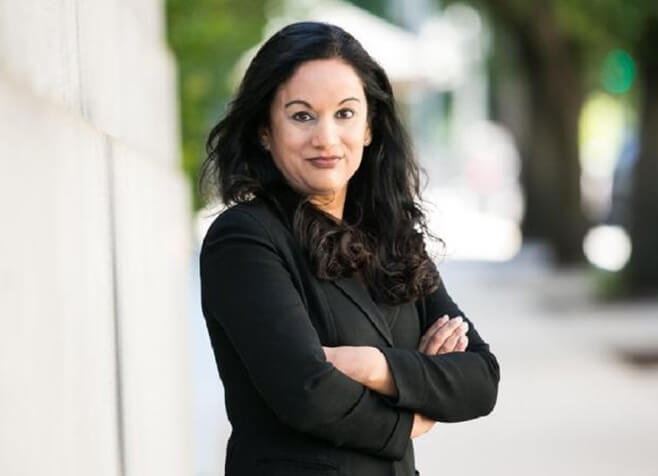 Why President Trump nominated Florida-based lawyer Manisha Singh for a pivotal position in his administration, is because of her unmatched diplomatic skills, insights into global economy, and experience in foreign trade. She helmed international trade development matters including agreements and treaties during her tenure as Deputy Chief Advisor to Senator Richard Lugar in the Senate Foreign Relations Committee.

Florida Indian Manisha Singh holds a Master of Laws (LLM) in international legal studies, with specialization in foreign trade, from the American University Washington College of Law. She interned at the US International Trade Commission’s General Counsel Office while pursuing the LLM degree. On completion, she was appointed as a judicial clerk at the Second District Court of Appeal in Florida.

Indian American Lawyer Manisha Singh has the license to practice law in Florida, Pennsylvania, and Columbia District. She is one of the members of the South Asian Bar Association. Born in Uttar Pradesh, India, she came to USA along with her parents when she was a child.

If things go as expected, Manisha Singh would replace Charles Rivkin who resigned from the duties of Assistant Secretary of State for Economic Affairs after the Trump administration came to power.