Indian American women are ruling the roost from civil services to philanthropy to entrepreneurship. Their achievements make success stories which are worth reading and sharing. After Kamala Harris, Pramila Jayapal and Seema Verma made their way to some key posts in the Trump Administration, two Indian American women entrepreneurs recently featured on Forbes’ 34th annual list of global billionaires.

Two of the richest self-made business women in America, Arista Networks’ CEO Jayshree Ullal and Syntel’s Vice President Neerja Sethi are among the 10 wealthiest Indian American billionaires in 2020, according to Forbes Magazine. 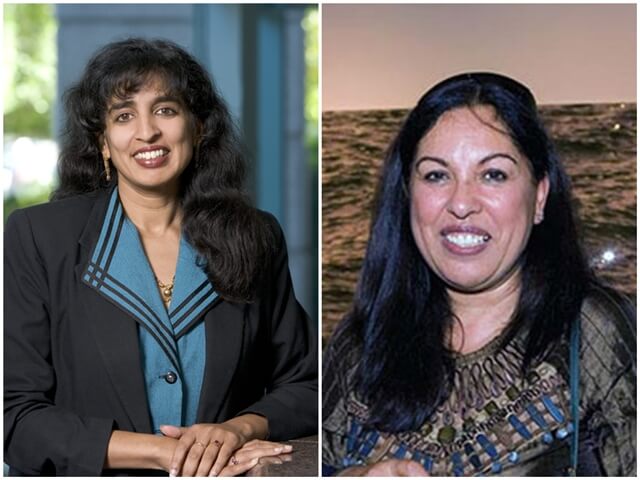 Jayshree Ullal, the President and CEO of cloud networking firm Arista Networks, has made $1.3 billion million fortune in the technology industry. Born in London and raised in New Delhi, Jayshree Ullal graduated in electrical engineering from San Francisco State University and did masters in engineering management at Santa Clara University. A recipient of the ‘Ernst and Young US Entrepreneur of the Year’ award in 2015, she has been with Arista Networks since 2008. The computer networking company earned revenues worth $1.1 billion in 2016 and $2 .2 billion in 2018 under her leadership. Forbes Magazine previously named her ‘one of the top five most influential people in the networking industry.’

Of America’s Richest Self-Made Women, Neerja Sethi is the other Indian American woman entrepreneur with a net worth of $1 billion on Forbes’ 34th annual list of global billionaires. Based in Florida, she is a co-founder and the Director of Syntel Inc, a prestigious IT consulting and outsourcing company. Neerja Sethi along with her husband Bharat Desai founded Syntel with an initial investment of $2,000 in 1980 at their residence in Troy, Michigan. Currently Syntel employs about 23,000 people around the world, including 80% of it staffing in India.

Travel Beats is a leading Indian community portal by Indian Eagle, a most trusted travel booking partner of Indians in the USA. Subscribe to Travel Beats’ free newsletter for the latest immigration, visa, air travel and community news.