We at Indian Eagle celebrate the achievements of Indians at home and abroad through our articles published on Travel Beats, a leading Indian Community portal. Some of the stories about achievements of Indian Americans or Indians in USA have fetched us critical comments such as “What do they do for their native people?” “They turn their back on India once they are settled abroad,” ‘Do they love the soil where their roots lie?” and likes questioning their patriotism and their role in the development of India. On a closer look at Indian Diaspora, it becomes obvious how admirable their contribution to the native community development is.

Recently, a group of Indians in USA came forward with a futuristic vision for the socio-economic development of rural India. They have planned to adopt 500 villages across India at the initial phase. It has not been officially announced yet. A public announcement about adoption of villages in India will be made at the Big Ideas for Better Indian Conference in Silicon Valley on July 1. (The link of the event website is given below.) 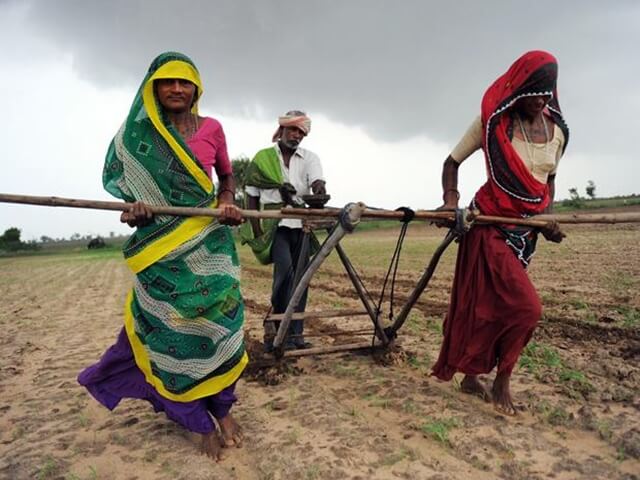 The Overseas Volunteer for Better India being a major organizer is at the helm of the conference in Silicon Valley. Sri Sri Ravi Shankar, an eminent Indian spiritual leader, will deliver a keynote speech at the event. More than 1000 prominent members of the Indian American community will attend the Silicon Valley event on July 1. The most challenging problems including human trafficking, inadequate governance, and environmental disorders that the growth of India is encumbered by will be addressed at the event.

The 500 villages to be adopted in India have been selected based on a set of parameters. The selection was a major challenge. Farmer suicide rates, unemployment rates, lack of civic facilities, and lack of basic infrastructure, etc. were the parameters taken into consideration for fair selection, according to Satej Chaudhary, the President of the Overseas Volunteer for Better India.

The villages to be adopted will be visited by the best panel of geoscientists and agricultural experts who will help identify areas for development. In addition, some Indian American entrepreneurs will inspect economic aspects of the villages to help farmers double the annual income by 2022. The Indian Americans who stepped forward to adopt 500 villages aiming to strengthen the rural economy of India are not willing to make their names public until the things fall into place.

Some members of the Telugu Diaspora in USA have stretched their helping hands to execute a few development projects in the rural backwaters of Andhra Pradesh. Collectively titled “Janmbhoomi,” the projects include a noble plan to digitalize 5000 government schools across the state. Two computers, two inverters, one projector and some other gadgets will be provided to each school for a budget of INR 150,000, which will be divided between Telugu Indian Americans and the Andhra Pradesh government in a 70:30 equation.

The schools, once digitized under the project “Janmbhoomi,” will be teaching a bilingual curriculum (English and Telugu) in form of digital content. The project also includes an online portal for the Telugu Diaspora to connect with the things related to the state of Andhra Pradesh. California-based Jayara Komati, a special representative of the Telugu Indian community in North America, is one of the driving forces behind the project “Janmbhoomi” for the welfare of villagers in Andhra Pradesh.

Real Stories of What Indian Americans Do for India