Be it the Obama regime or the Trump administration, the US Presidential Scholars Program continues to be significant. It is one of the prestigious awards given to graduating high school seniors for their academic achievements, artistic accomplishments, leadership traits, excellence in community service and remarkable outreach initiatives. Indian American student Shreyah Mohanselvan has been nominated for the 2018 US Presidential Scholars Program in the Arts.

Shreyah Mohanselvan, a resident of New Albany in Ohio, is one of the 60 talented high school seniors and budding artists nominated from 25 states for the 2018 US Presidential Scholars Program. A student of Columbus Academy, Shreyah Mohanselvan has been nominated for her accomplishments in the Indian classical dance discipline by the National Young Arts Foundation. 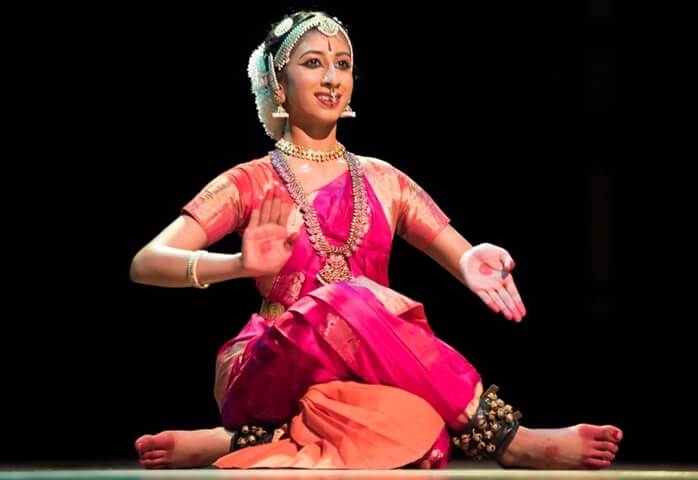 All of the 60 nominees for the award in the arts are called YoungArts winners, who include writers, actors, filmmakers, singers, dancers, visual artists, classical musicians and photographers. 20 out of the 60 will be selected as US Presidential Scholars in the Arts and felicitated at the National Recognition Program in Washington DC on June 20, 2018. They, along with the other 141 US Presidential Scholars in various fields other than arts, will receive a Presidential Medallion.

Among the nominees for the 2018 US Presidential Scholars in the Arts, Ohio-based Shreyah Mohanselvan is equally talented in science, engineering and performing arts. Being an aspiring dancer, she has attained outstanding prowess in five different dance forms including ballet and classical Indian dance. She is a competent violinist too. She is a student orientation leader for the Columbus Academy Advanced Orchestra.

“Dance is not just my passion but a fascination to me. I gave in to my obsession with dancing at the age of four. I started with ballet at the New Albany Ballet Company and went on to learn Indian classical dance forms including Bharatanatyam,” Shreyah said to Travel Beats, an Indian American community portal owned by Indian Eagle. Undeniably, dancing is her comfort zone and favorite stress buster.

Shreyah owes her nomination for the 2018 US Presidential Scholars Award to Carolina García Jayaram, President and CEO of the Miami-based National YoungArts Foundation which is one of the partners for this National Recognition Program.

“At the National YoungArts Foundation, we identify, encourage and support talented young artists in the arts. We are more than happy to have nominated the most accomplished 60 high school seniors for the 2018 US Presidential Scholars Program in the Arts,” said Carolina García Jayaram.

The nation is looking forward to the curtain-raising ceremony at John F. Kennedy Center for the Performing Arts in Washington DC where the nominees including Shreyah Mohanselvan will showcase their artistic skills on June 20.

This news story of Shreyah Mohanselvan is part of our continued effort at Indian Eagle to promote the achievements of Indian Americans and young Indians worldwide. Subscribe to our free newsletter for inspiring stories of young Indians in USA.