Since the COVID19 broke out in the United States, New York has seen the worst of the Novel Coronavirus. From being an epicenter of the pandemic in the US to an invincible fighter, New York has put in the best efforts to save both lives and economy from the COVID19 tentacles. The gradual reopening of businesses and the lifting of restrictions on everyday life exerts pressure on the city’s healthcare professionals to keep another wave of the virus at bay. To help deal with the pressure, Mayor Bill de Blasio has named Indian-origin Dr. Dave A. Chokshi as the new Commissioner of the New York City Department of Health and Mental Hygiene.

“Dr. Chokshi has spent his career fighting for those too often left behind. Never has that been truer than during the covid-19 pandemic, where he has helped lead our City’s public health system under unprecedented challenges. I know he’s ready to lead the charge forward in our fight for a fairer and healthier city for all,” said the Mayor of New York City in a media briefing. 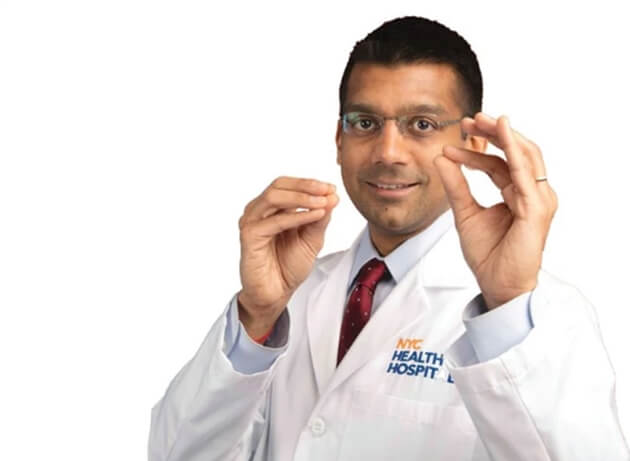 Indian American Dr. Dave Chokshi’s appointment as new New York City health commissioner is a mammoth responsibility replete with challenges in unprecedented times when the well-being of 8.5 million New Yorkers is a concern. “I am honored to serve the people of New York City with the extraordinary team at the Department of Health and Mental Hygiene. Together, we will emerge from this pandemic as a stronger, fairer, and healthier city,” said Dr. Chokshi on his taking over the new role.

Acting upon the new NYC health commissioner’s advice, Mayor Bill de Blasio announced the emergence of checkpoints at the state’s key entry points to strictly enforce the quarantine restrictions on people coming from the states of high COVID19 incidence. During a press briefing dated August 5, he said that the checkpoints are set up to send a crucial message to those traveling in that they should take the city’s quarantine protocol seriously.

A Rhodes Scholar and postgraduate from Oxford University, Dr. Chokshi has served as Chief Population Health Officer at New York City Health + Hospitals. Local, state and federal health agencies have got the best of him in various leadership roles over the past 6 years. He, along with his team, has been instrumental in transforming healthcare delivery for New Yorkers and reshaping the city’s healthcare system.

Raised in a family of Indian immigrants in Baton Rouge, 39-year-old Dave Chokshi was in service at the Louisiana Department of Health when Hurricane Katrina, a category 5 tropical cyclone, hit New Orleans and caused devastation worth $125 billion. Dr. Chokshi was among the physicians, who firmly held the reins of New Orleans’s healthcare system and helmed the delivery of healthcare services to the affected in the aftermath of Hurricane Katrina.

Indian American Dr. Dave Chokshi rose to national prominence in 2016 when he joined Barack Obama’s advisory group on Prevention, Health Promotion, and Public Health Improvement. During his White House fellowship, he acted as the chief health advisor to the Secretary of Veterans Affairs. After having graduated from the University of Pennsylvania Medical School, he did a clinical internship at Harvard Medical School. At that time, he visited India, Ghana, Peru, and Guatemala.

The transition of New York City’s healthcare system to telemedicine is an instance of his visionary leadership in helping contain the pandemic. He has authored many journals and books, the most recent being “Emerging Lessons from COVID19 Response in New York City” in the journal of the American Medical Association. In 2019, he featured on Crain’s New York Business List of 40 under 40.

Dr. Dave Chokshi’s wife is also a public servant. She is a leading educator in the New York City public school system. A resident of Queens that is home to NYC’s Ganesh Temple, Dr. Chokshi has transformed the lives of people and communities for the better through his leadership, humility, compassion, farsightedness and medical acumen, according to Dr. Vivek Murthy, former surgeon general of Indian origin.