Durga Puja is one of the globally celebrated Indian festivals. Be it Canberra or Canada or California, Indians celebrate Durga Puja wholeheartedly. Especially Bengalis don’t mind borders or bounds when it comes to celebrating Durga puja and their cultural heritage. With a growing concentration of Indian Bengalis, California has become home to some of the best Durga puja events in USA. We at Indian Eagle recommend the following best places for California Durga Puja 2017 events in USA. 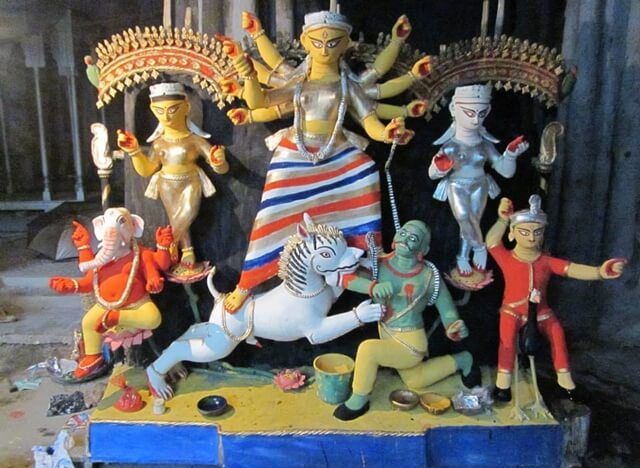 Valley Bengali Community’s Durga puja is another grand celebration in Los Angeles. The schedule of this California Durga Puja 2017 is full of glittering events including live performance by a galaxy of stars from India and the Bay Area. Kinjal Chatterjee and Lagnajita Chakrabarty, two new-age singers from Kolkata, will fetch a jostling crowd to Valley Bengali Community’s Durga Puja 2017 in West Hills. A blend of Indian fusion dance, Bollywood filmi dance and classical dance like Kathak is also on the entertainment schedule.

Bay Area Prabasi, a non-profit Bengali Cultural Organization of San Francisco Bay Area USA, celebrates Durga puja in a desi way. Like previous years, Bay Area Prabasi Durga Puja 2017 will adhere to simplicity and sophistication away from extravagance. Famed for one of the oldest and best Durga Puja events in Bay Area, Prabasi has a great agenda of cultural programs including a music evening, “Bombay Meri Jaan Celebrating Music of India.”

BASC, the Bengali Association of Southern California, organizes one of the best Durga Puja celebrations in USA. A nonprofit philanthropic organization in the San Gabriel Valley of Los Angeles County, BASC is one of the best places to catch up with Indians and indulge in desi culture during Durga puja in California. The main attractions of this California Durga puja 2017 are two musical evenings: one by Raghab Chatterjee and the other by Srikanto Acharya from Kolkata, India.

Also Read: How Goddess Kali Came to California from Kolkata

WomenNow TV’s Santa Clara Durga Utsav in Bay Area is a unique, women-only celebration. Inspired by the idea of celebrating the collective power of women today, the WomenNow TV team organizes one of the best Durga puja events in Bay Area. Ena Sarkar, the founder and CEO of WomenNow TV, a South Asian talk show, is at the helm of this California Durga Puja 2017. Read our exclusive article on WomenNow TV’s Durga puja celebration in Santa Clara.

SAIKAT Durga Puja 2017 in Escondido is a 2-day cultural celebration. SAIKAT, a Bengali Association of San Diego, has a great lineup of events including an exclusive musical evening to be rocked by Zee Bangla Sa Re Ga Ma Pa singers from Kolkata. One of the oldest Bengali organizations in USA, SAIKAT has planned an audio play titled Jamdani, a kid’s drama titled Juta Abishkar, a theater play named Chokkhusman and Kathak performance.

One of the non-profit organizations in Greater Sacramento Area, Ankur celebrates Durga Puja and Saraswati puja with a bash. In its ninth year, this Sacramento Durga puja is a pure cultural indulgence for Bengalis in Sacramento and other Indian communities. Such engaging cultural programs as Surojith O Bandhura Show, and Bristileka and Soumen Nandi Show are on the schedule of this California Durga puja 2017.

Also Check: What Makes Travel to Kolkata Cheaper and Better

One of the youngest Bengali organizations in California, Utsav started celebrating Durga puja in 2002. A thriving community of 80-90 families has geared up with an amazing plan for Utsav Sacramento Durga puja 2017 celebration. It is not unlike the rest of Durga puja events in California.

Among the grand Durga puja events in San Francisco Bay Area, Baybasi’s San Mateo Durga puja 2017 is the 10th anniversary of the celebration. A leading nonprofit organization of Bengalis in Foster City, Baybasi has managed to fetch a milling crowd for its spectacular, engrossing programs such as dandiya and Bengali folk music. Dohar, an Indian folk music band from Kolkata and Rupankar Bagchi’s live show are the irresistible attractions of Baybasi Sharod Utsav in San Mateo, California.