With the mounting backlog of about 30 million pending court cases across the country, over 90 million people have been waiting for justice in India. On the other side of the globe, Indian American businessman Yatish Joshi has been fighting the system to seek justice for his daughter Georgina Joshi who the federal government blamed for a plane crash that took five lives including hers in 2006. It has been more than a decade since the tragic mishap, but a traumatized father’s search for answers to the questions that the National Transportation Safety Board left unanswered in its investigation report does still continue.

Indiana-based Yatish Joshi’s ten-year fight to uncover the truth has resulted in a whopping spending of US$2 million on funding an independent review of the plane crash and producing a documentary ‘INVISIBLE SKY’ on the NTSB’s failure in proper investigation of thousands of private plane crashes in the United States’ general aviation sector. In the USA, general aviation accidents involving private planes number over 1,000 every year claiming one human life every day. 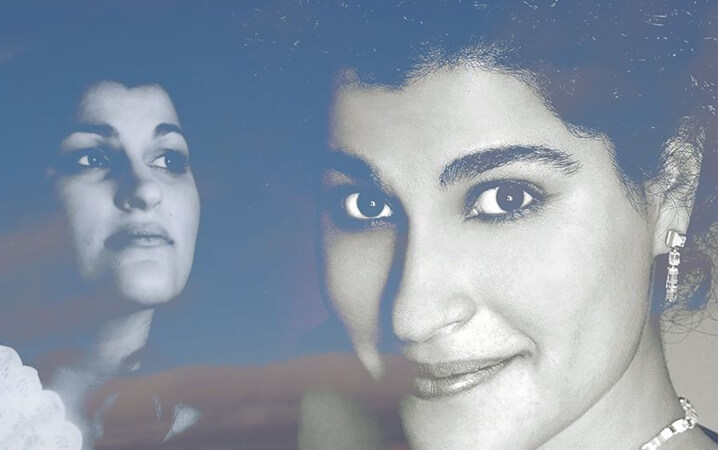 The National Transportation Safety Board, an independent government agency, is primarily responsible for investigating air, road and water transportation accidents across the country. Though the agency has reduced the number of commercial aviation accidents to almost zero, the general aviation sector (which includes private planes, medical helicopters and agricultural aircraft) remains neglected to a large extent.

24-year-old Georgina Joshi piloted a Cessna 206 jet to fly four friends from Bloomington to West Lafayette for a Mozart show in the night of April 20, 2006. On the way back to Bloomington by 11.40 pm, the plane crashed near Monroe County Airport killing all of the five passengers, which left the Indian American Joshi family in trauma forever.

Born and brought up in South Bend, Indiana, Georgina was a promising opera singer and accomplished pilot. She was so fond of music that she started taking violin lessons at the very tender age of 2. The first high schooler to have joined the South Bend Chamber of Singers, she studied voice at the Royal College of Music in London. She was known for her commanding stage presence among the qualities for success in the world of opera music.

The National Transportation Safety Board started investigating the incident the day after the crash. A pilot himself, Yatish Joshi was sanguine about a fair probe, as he thought that the fatal plane crash would be investigated the way the agency is reputed for in commercial aviation. The investigation report cited his daughter’s young age and alleged lack of piloting experience as possible reasons for the mishap. 14 months later, the final report insisting on the same finds shattered him.

NTSB’s final report concluded that Georgina was flying below the clouds in order to see the runway due to low visibility in poor weather while approaching Monroe County Airport. The plane struck the tops of some trees, flipped in the air and crashed. But, both Yatish and his daughter’s flight instructor were confident about her piloting technique and skills. “She had an unbelievable ability to adapt to what was going on,” Georgina’s flight instructor says in the documentary, INVISIBLE SKY.

Yatish Joshi hired Barnes & Thornburg to re-investigate the plane crash and review the data from NTSB’s investigation report. No damage was found underside the plane and some of the finds in the NTSB report were incorrect, according to Barnes & Thornburg. NTSB reported that the people who had heard a plane flying too low lived east of the airport, but Georgina was nearing the airport for landing from the northwest. There was a second plane approaching the runway to land at the same time. On noticing it at the last moment due to low visibility, Georgina tried to make a safety maneuver that resulted in her loss of control.

The reinvestigation raised questions about the accuracy of the NTSB report, but NTSB refused to agree on it. Yatish Joshi took the case to the Supreme Court, but it was ruled that the National Transportation Safety Board being an independent agency under the congressional charter was not subject to oversight by courts.

Disappointed by the Supreme Court, Yatish Joshi has pinned all his hopes for justice to Georgina on INVISIBLE SKY that documents his family’s emotional distress, legal journey and relentless search for truth concerning the circumstances of his daughter’s tragic death. He believes that public response to the documentary film will push NTSB to reform the way it investigates general aviation accidents.

One thought on “INVISIBLE SKY: Documentary on Indian American Family’s Fight for Justice to Daughter Killed in Plane Crash”