Home / Features / Vocal for Local: 7 ‘Made in India’ Brands that Overseas Indians Must Have Not Forgotten

In his address to the nation when everyone was breathing in and out under lockdown due to the Coronavirus outbreak, PM Narendra Modi called the 1.3 billion people to be vocal for local brands and products so that India thrives as a self-reliant economy in the post-COVID19 era. Indian Prime Minister’s urge for vocal about local is similar to US President Trump’s slogan, ‘America First’.

Some of the most indigenous brands were born in the aftermath of the Swadeshi Movement in British India, while some were launched during the World War II and in the post-independence era. Most of them have evolved over time, with the changing landscape of consumerism, but their cultural significance has remained intact. Even after so many decades, their undying popularity proves that no matter where Indians go and settle in the world, no one can take India out of them. 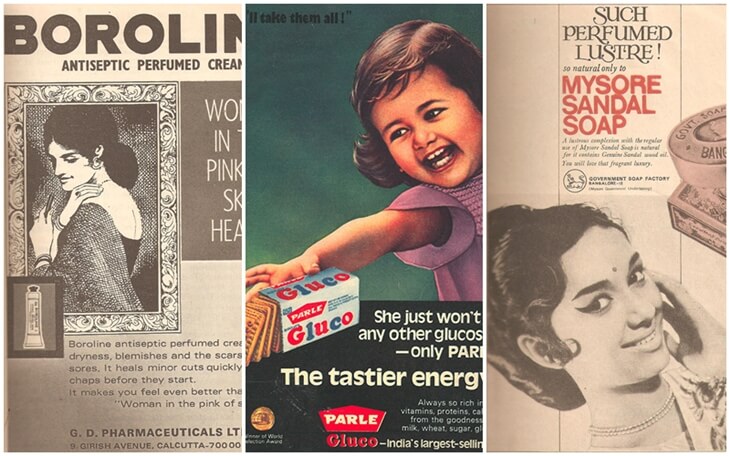 Boroline, an antiseptic cream, is one of the few ‘made in India’ products that the global Bengali community can’t manage without in day-to-day life. They swear by the amazing healing powers of Boroline for facial scars, bruises, burns, dry skin, and other common ills. A dependable inmate of Bengali households for 90 years, Boroline was born in the aftermath of the Swadeshi Movement during the British Raj. Introduced by an affluent Bengali merchant named Gourmohan Dutta in 1929, Boroline in dark green tubes with the elephant logo ushered in an era of self-reliance and self-sufficiency for India fighting against the colonial rule. The British tried hard to crush the growing popularity of Boroline, but failed. At the dawn of independence on August 15 in 1947, Gourmohan Dutta’s son distributed Boroline tubes to the people of (West) Bengal for free.

One of the oldest ‘made in India’ brands, Britannia is another popular household name in Bengal. A day in Kolkata and the rest of Bengal starts with a cup of tea accompanied by a couple of Britannia biscuits. Britannia biscuits come in handy when there is nothing to offer to an unexpected guest in Bengali households. India’s first biscuit maker, Britannia started out with a bumble investment of Rs 295 in 1892 and earned revenues of Rs 10,673 crore in 2019. The foundation of Britannia’s post-independence empire was laid when its biscuits became part of the supply for the British Indian soldiers during World War II. Free distribution of Britannia biscuit packets during emergencies is part of the United Nations World Food Program worldwide. With rampant diversification of the product portfolio, Britannia became a pan-India brand.

Necessity is the mother of invention. This maxim is true about the way Mysore Sandal Soap was invented in the turbulent times of World War I. Among the indigenous products in use across South India, Mysore Sandal Soap has been making everyday showers refreshing and soothing for over 100 years. The need to make something useful out of the excessive sandalwood reserves gave birth to Mysore Sandal Soap in the Kingdom of Mysore when the export from India to Europe was suspended due to the First World War. Notably, the then princely state of Mysore was the biggest producer and exporter of sandalwood during the regime of Krishna Raja Wadiyar IV. It is one of the ‘made in India’ products with a proprietary geographical indication tag. 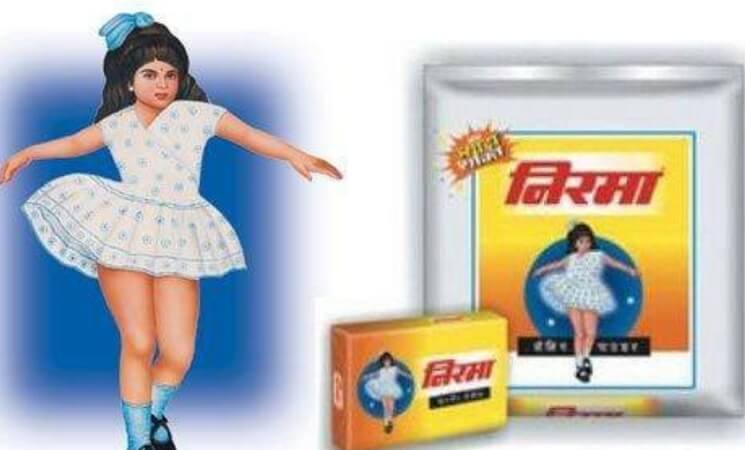 Of the most lovable homegrown brands in India, Nirma is a native of Ahmadabad. The lack of an economical detergent powder for the middle-class and lower middle-class households in the semi urban pockets of independent India made Karsanbhai Patel, a chemistry graduate hailing from a family of farmers, invent the formula of a washing powder in 1969. He named it Nirma after his only daughter, Nirupama, who had died accidentally at a young age. He not only immortalized his daughter in the branding of his creation, but also made Nirma a household brand by paddling a bicycle through neighborhoods and selling the detergent door-to-door before and after his full-time day job. In the 1990s, Nirma washing power reached the apex of its market penetration and became a household essential all over the country – which is attributed to its brand advertisements with the jingle, “Dudh si safedi Nirma se aai….Sab ki pasand Nirma,” in the non-digital era.

One of the most beloved ‘made in India’ brands, Amul – The Taste of India – is as unique to everyday life of Indians as Tata Salt to Indian cooking. Founded in 1946 under the leadership of Sardar Vallabhbhai Patel, Amul brought in India’s White Revolution or Operation Flood – which established the country as the world’s largest producer of milk and dairy products. Anand in Gujarat is home to dairy farmers, for the well-being of whom Amul was born. Late Dr. Verghese Kurien, the Milkman of India and the marketing architect of Amul, took the homegrown brand to international markets. With steady diversification of the product portfolio suitable for different economic echelons of society, Amul has become ‘har ghar Amul ghar’ along the length and breadth of the country.

Among the most valued ‘made in India’ brands, Asian Paints is identified with the flamboyant interiors, harmonious ambiance, and vibrant emotions of Indian homes. When the passage to India was blocked for foreign imports in the aftermath of the Quit India Movement and the World War II, four friends got together and started a business dealing in household paint supplies in Mumbai (then Bombay). With the expansive business of manufacturing, selling and distribution of paints, Asian Paints became a one-stop brand for color solutions for homes in and beyond India. Created by renowned cartoonist R. K. Laxman, the mascot of Asian Paints – Gattu, a mischievous boy in shorts with a paintbrush and a bucket – found resonance amid India’s rising middle class in the post-independence era. Headquartered in Mumbai, Asian Paints not only stands tall globally but also defines home is where the colors of emotions are.

Much like Boroline, Parle was born in the aftermath of the Swadeshi Movement. In 1929, a family of silk traders, in the then Bombay, set up a small factory in the quaint village of Parla on the city outskirts. Influenced by the Swadeshi movement, they wanted to manufacture desi confectionary utilizing the confectionary-making art from Germany. With only 12 men from the extended family members, India’s first confectionary brand was born and named Parle after the location of the factory. While imported biscuits for the elite in British India were an unaffordable luxury in most of the households then, Parle-G became a humble source of nourishment for common people across the country. Among the popular made in India brands, Parle-G is one of the most trusted and best-selling brands of biscuits in the world. Despite stiff competition from rival brands, Parle-G is a favorite of Indians across the socio-economic ladder.

This exclusive story about the few ‘Made in India’ brands and products that every Indian has grown up using is brought to you by Indian Eagle. Like these indigenous brands, Indian Eagle is culturally rooted in the desi soil and has its philosophy of serving Indian Diaspora’s travel needs inspired by the desi values. Subscribe to our free newsletter for latest community news and exclusive stories.