A Harvard University student from the Indian American community, Neil Davey who developed a breakthrough technique to diagnose cancer from a single drop of blood in 2016 is up with another surprise for millions of people worldwide. He has developed an innovative hand-held device for effective diagnosis of malaria, which caused an estimated 429,000 deaths globally in 2015, according to World Health Organization. 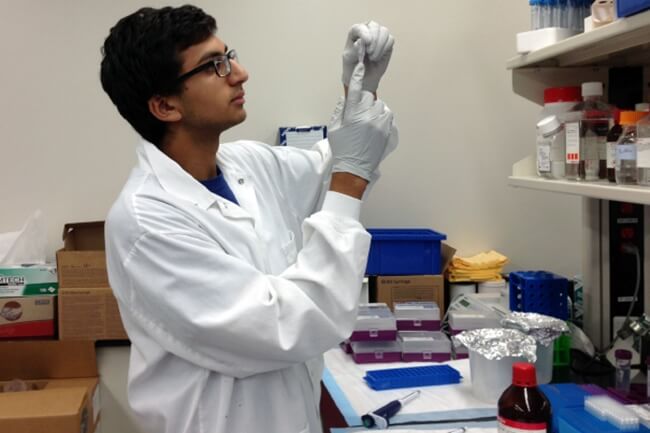 Neil Davey along with Miraj Shah, another Indian American student of Harvard University, worked on the hand-held malaria diagnosis device for months. They collaborated with two other undergraduate students – Marco Malaga and Fabricio Espinoza – in Peru. Four of them worked hard to design and develop the microfluidic device named UniDx (Universal Diagnostics).

Neil Davey’s handheld malaria diagnosis device is a potential cost-effective solution to diagnose millions of malaria cases in developing countries including India. Notably, 212 malaria cases were registered across the globe in 2015. The UniDx device extracts DNA from a small amount of blood and compresses the extracted DNA into microfluidic drops. If malaria-affected DNA is found in a microfluidic drop, the device amplifies it, thereby making it fluoresce so that it can be singled out.

One of the promising Harvard University students, Neil Davey has been invited for a talk at the TEDx 2017 in Paris. He will represent the team that helmed the development of the UniDx device for effective malaria diagnosis in a short, simple way. After the talk, Neil Davey will travel to India from Paris to share the technology of UniDx with the government of India. About two million malaria cases are annually reported in India.

Indian American Neil Davey is looking to make diagnosis of malaria and other pathogenic blood samples a simple, short process so that people can be benefited economically in developing countries like India. He hopes that his handheld malaria diagnosis device will become the universal diagnostic of infectious diseases.

“An infectious disease-free world can only exist if our medical approach moves from curative to preventative, and the first step to making that happen is early diagnosis. UniDx can accomplish that with just a few drops of blood,” Neil said to PTI.

Recently, WHEELS Global Foundation announced to provide Neil Davey and his team with a fund of USD 15,000 for further development of the device UniDx in India. Professor Debjani Paul of the Indian Institute of Technology in Mumbai has collaborated with Neil Davey to promote the device in India.