January 26, 2021 marked a milestone in the US history of immigration, as America’s 46th President Joe Biden took a historic move in favour of H4 visa holders by rescinding Donald Trump’s proposal that had sought abolition of H4 EAD. A welcome relief to the Indian beneficiaries who were on the verge of being stripped of their H4 work permits in the Trump regime, Biden’s move failed to cut an ice with those waiting to receive their approved EAD or facing delay in extension/renewal of their existing EAD for months. 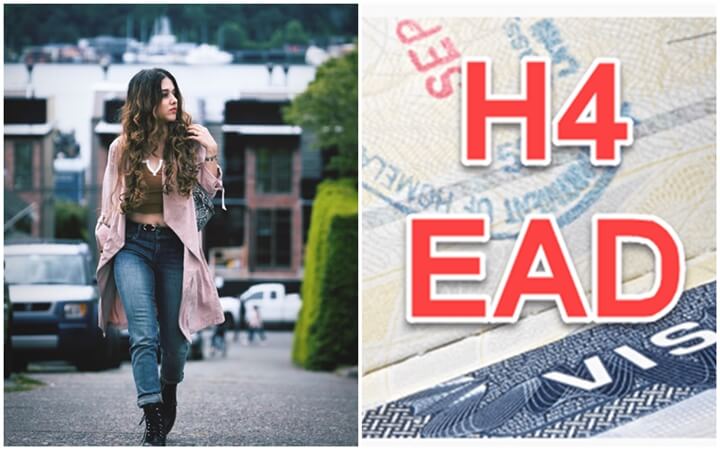 H4 work permit delays having led to the loss of jobs for many spouses of Indian H1B visa professionals, is a pressing issue that Biden was expected to address in the first month of his administration. The H4 EAD extension delay having rendered a Seattle-based Indian jobless most recently, the Biden administration’s next agenda should be addressing the issue and extending the validity of employment authorization documents for the beneficiaries.

Software professional Khili Sharma in Seattle lost her job with a leading organization due to the months-long delay in extension of her H4 work permit. She has been waiting for the H4 EAD renewal and a biometrics appointment since May 2020. Like several others, she is at a loss over the hiatus that the recent job loss has caused to her career in America, the land of opportunities. She could not give her employer a tentative date for her return to work as her ‘expedite request’ was rejected thrice by the US Citizenship and Immigration Services.

H4 EAD beneficiaries can raise ‘expedite’ requests with the USCIS for the fast adjudication of their petitions for the work permit extension under certain circumstances. Khili Sharma met with rejection within 3 hours of raising ‘expedite’ requests. She was not even asked for any supporting documentation. She also called up two USCIS agents only to be told that she should wait as the California Center’s processing time is 13-17 months. Having no other way out, she approached the congresswoman but her efforts bit the dust, as she told the American Bazaar.

Khili Sharma, who got married to a H1B professional, came to the United States with 6 years of professional experience in India. Her husband has been living and working in the US since before their marriage. Having a B.Tech degree in computer science, she worked for Accenture as a software engineer and for IBM as a senior IT professional in India. She had a promising career back home, whereas she tried hard to land a decent IT job in the US. She spent 7-8 months studying for job interviews after she arrived in the US.

In addition to her career in doldrums, Khili Sharma’s husband is stuck in the green card backlog, which adds to their apprehensions of an uncertain future in the land of American Dreams.

This International Women’s Day 2021, California saw a group of Indian women on H4 visa having staged a protest in San Jose seeking President Biden’s attention to their plight of being forced out of employment due to the arbitrary policies, including additional biometric requirement, which cause H4 visa and H4 EAD processing delays.

Organized by the #SaveH4EAD non-profit group, the event pushed an agenda requesting the Biden administration to abolish the mandatory H4 biometrics process and let H4EAD applicants use the approval notice as a proof of employment authorization. Notably, the Trump-era Executive Order 13780 which implemented the biometric process as part of the overall H4 visa processing has been repealed by Biden.

The group urged the Biden-Harris administration to introduce legislation for simultaneous processing of H1B and H4 visa renewal petitions when filed together and initiate premium processing for H4 as well as H4 EAD. Auto-extension of H4 work permits for 180-240 days until the renewal application goes through is also requested by the protesting Indian immigrant women. The #SaveH4EAD group said in a media release:

“These delays have led to a serious humanitarian crisis causing havoc in the lives of thousands of skilled legal immigrant women across the US. They’re losing their jobs and health insurances during this pandemic, are unable to renew driver’s license and state ID, unable to travel to their home country or elsewhere, facing grave financial distress, going through severe mental health issues, deep impact on family and kids, among other issues”.