The Indian community in the United States welcomed the New Year 2020 voicing their concerns and claiming their right to justice. Most of them are parents of the aging-out children on H4 visa. Five Indian families in the US have filed a lawsuit in a district court, seeking to protect the H4 status of their children who have recently aged out of the dependent status.

Once the children of H1B visa holders from India turn 21, they are no longer H4 dependents. At this crossroads, they are left with no choices other than self-deportation to India or obtaining an F1 visa which is primarily meant for foreign students. What makes it worse for them is that there is no guarantee that all Indian-origin children on H4 will get an F1 visa. Again, on completion of studies, they must find employers or sponsors to get them an H1B visa, which is full of nuances in the current scenario. 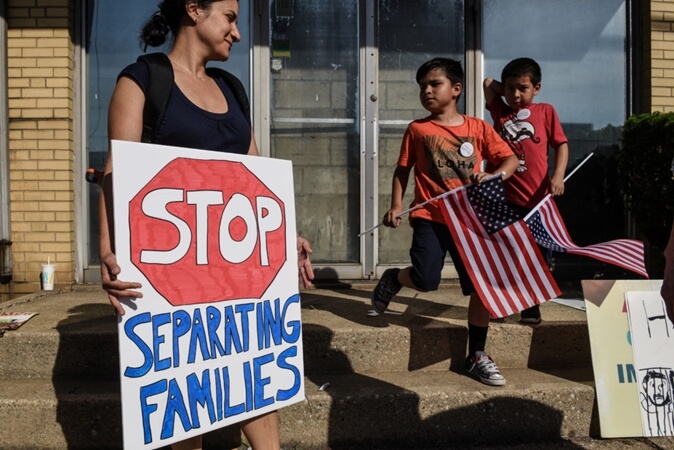 The lawsuit filed the Indian families seeks equal treatment for their children in terms of law – the Child Status Protection Act (CSPA) – irrespective of their national origin. Introduced in 2002, the Child Status Protection Act prevents the aging out of foreign-origin minor children when they turn 21 and protects their right to be eligible for lawful permanent residency in the US, along with their parents.

According to the lawsuit, the CSPA provisions do not equally apply to the children of India-born H1B visa holders in the US. While children from other nations don’t age out and their rights for lawful permanent residency are protected within the purview of CSPA, Indian-origin children are not equal beneficiaries of the same law. They are not duly protected from aging out due to the decades-old Green Card backlog and the country-wise cap on the allotment of Green Cards.

Brent Renison from Portland, the lead attorney involved in the lawsuit, said in no uncertain terms that the per-country Green Card cap has torn many families apart. Even those who settled in the US decades ago and their children who grew up spending their childhood as well as teenage in the US are not exempt to the per-country limits. The Indian families’ lawsuit seeks to level the field for the aging-out H4 kids who are on the verge of self-deportation.

On the other hand, immigrants from countries other than India entered the US with their nearly adult kids and became eligible for lawful permanent residency in short time, which Brent Renison describes as ‘fundamentally unfair.’

The five Indian families are approaching the court to protect the H4 status of their children and give them work permits even after they turn 21. One of the five plaintiffs came to the US as an H1B visa professional, along with his 4-year-old daughter who is about to age out of her H4 status. Four companies rejected her despite her adequate qualifications, on knowing that they would have to sponsor a work visa for her. Fears of separation from the family continue to haunt her.

Another plaintiff that filed the lawsuit against the ‘aging out’ immigration rule is Rajeshwar Addagatla, who came to the US when his son was 8 year old. When his son turned 21, he had to obtain an F1student visa in order to stay lawfully in the US. Currently, he is attending Illinois Institute of Technology.