With the implementation of work authorization for the abused spouses of H1B visa holders, the victims of domestic violence among the H4 visa holders got a good reason to cheer in the current tumultuous political climate of USA.

Under the aegis of the 2005 Violence Against Women Act, the US Congress legalized work authorization for those who continue to suffer domestic abuse for the fear of losing their non-immigration status. The US Citizenship and Immigration Services (USCIS) recently brought it into effect much to the relief of abused H4 visa holders in USA.

Raksha, a non-profit South Asian women’s advocacy organization in Georgia, was one of the driving forces in mobilizing the US Citizenship and Immigration Services to implement the work authorization policy for the welfare of abused H4 visa holders. One in three women in immigrant communities is subjected to domestic violence, according to Aparna Bhattacharya, the executive director of Raksha. 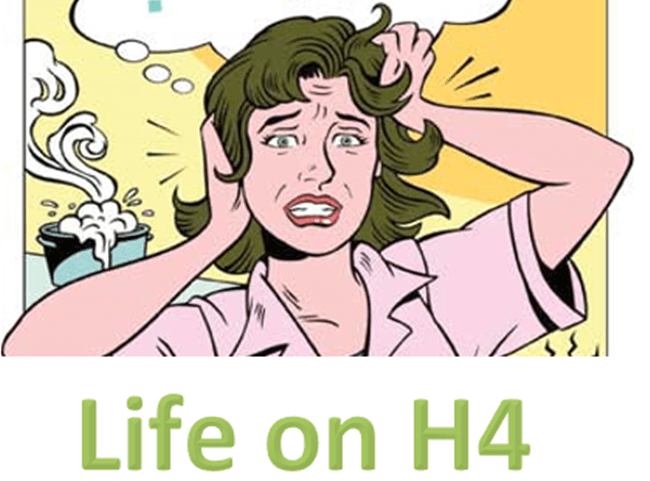 USCIS released a new form for ‘Application for Employment Authorization for Abused Nonimmigrant Spouse’, titled I-765V. The spouses of highly-skilled foreign workers employed on H1B visas are entitled to H4 visa in the US. Most of H1B and H4 visa holders are from India. The new policy made it possible for those in or out abusive relationship with H1B visa holders to apply for temporary work authorization.

Those who have divorced their spouses (H1B visa holders) on grounds of domestic abuse have also been brought within the purview of the new policy for H4 visa holders. They can apply for work authorization for maximum two years. Generally, spouses of H1B visa holders stand the risk of losing their H4 status if they file for divorce. They become undocumented immigrants once the divorce is finalized.

Many H4 visa holders are threatened with the loss of immigration status if they walk out of the marriage. Thus abusive persons continue to subjugate their spouses to domestic violence, taking advantage of this rule. Divorce is no longer a cap on H4 visa holders’ rights to apply for temporary work authorization in the US. The abused spouses’ application for work permit has nothing to do with their partners’ status in the process of attaining legal permanent residency.

The new work authorization policy is a sort of empowerment for the abused H4 visa holders to be independent of their abusive partners and live out of the relationship without divorce, according to Nisha Karnani, an Indian American immigration attorney. The victims of domestic violence among H4 visa holders can also apply for a non-immigrant U visa, which is granted to those who have been subjected to physical or mental abuse.

However, the work authorization policy is not a permanent solution for the abused H4 visa holders. It does not entitle them to legal permanent residency in USA. They can apply for renewal of work permit on completion of two years. Once they get the work permit, they may have other better options for survival in the US.

Aparna Bhattacharya from Georgia-based Raksha, which currently advocates for 400 abused H4 visa holders, opined that continuation of work authorization for the abused spouses of H1B visa holders is not guaranteed in the Trump administration since the Department of Homeland Security has issued two directives to prioritize deportation of undocumented immigrants from USA.