Diwali is a festival of joy, happiness and togetherness. But this Diwali is not a happy one for Suhas Khamgaonkar who had to part from her daughter and take a flight back to India last week, as she lost her right to continue staying in the US as a H4 visa dependent after her husband (an H1B visa professional) died while waiting for an end to the existing Green Card limbo. 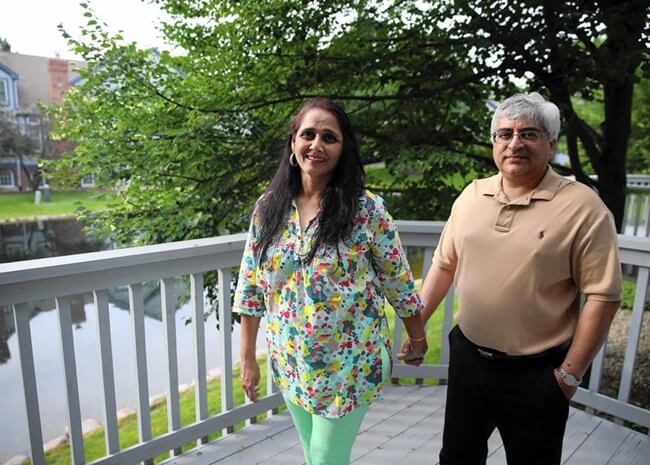 Suhas Khamgaonkar from Mumbai, along with her husband Avinash Khamgaonkar and their only child, had been a part of the New Jersey Indian community since 2005. Back then little did she know that she would lose Avinash, a highly qualified chemical engineer, to the never-ending Green Card backlog and that her happy nest in the US would collapse.

While Suhas shares her story of helplessness with tens of hundreds of Indian families on the verge of falling apart in the US, her daughter shares her story with thousands of Indian children aging out of their H4 status. She was 11 years old when her parents shifted to the northeast USA in 2005, and aged out of her right to the H4 visa in 2016. She saved herself from being deported to India by obtaining a student visa and did masters in engineering at a US university. On completion of her optional training program, she was fortunate enough to have got an H1B in the lottery.

Suhas Khamgaonkar rues not being able to seek employment as spouse of an H1B sponsored professional in the US and not having adequately employable skills unlike her daughter.

After her husband’s sudden demise in 2015, she applied for a Green Card but was told to wait until 2021, before which her H4 status expired forcing her to leave the United States and her daughter there. Following her lawyer’s counsel, she applied to the US Citizenship and Immigration Services asking for deferred action – a special status given to immigrants under “compelling circumstances” like a medical ailment. Deferred action was the only way out of deportation for Suhas.

To her utter disappointment, she received a rejection letter from USCIS on August 9, 2019. The letter reads as follows:

Also Check: This Indian Family is Stranded due to H1B Visa Issues

Deferred action was granted to some 20,000 immigrants between 2012 and 2016. “Dreamers” or “DACA” children in the USA (who were brought to the US) are held back from being deported as deferred action is in place for them due to the ongoing litigation.

We at Travel Beats, a leading community portal for Indians in the USA, hope that Senator Dick Durbin’s RELIEF Act meet with success in achieving its goal of keeping Indian family members together in the United States.