Finally, the US President Donald Trump singed the Federal Aviation Administration (FAA) Reauthorization Bill which was introduced in the House of Representatives in April 2018. The new act not only renewed the agency’s (FAA) funding of aviation programs over the next five years but also required the agency to implement several measures in the interest of travelers.

Initially, the bill seeking to monitor the utilization of funds for major FAA programs including air traffic control technology was criticized and opposed by few travel industry organizations including the US Travel Association, a national nonprofit body. The US Travel Association was critical of the FAA Reauthorization Bill 2018 on grounds that inadequate funding for infrastructural modernization of large hub airports was not taken into account in the bill, and that the bill would make it more difficult for low-cost international airlines to operate to the US. 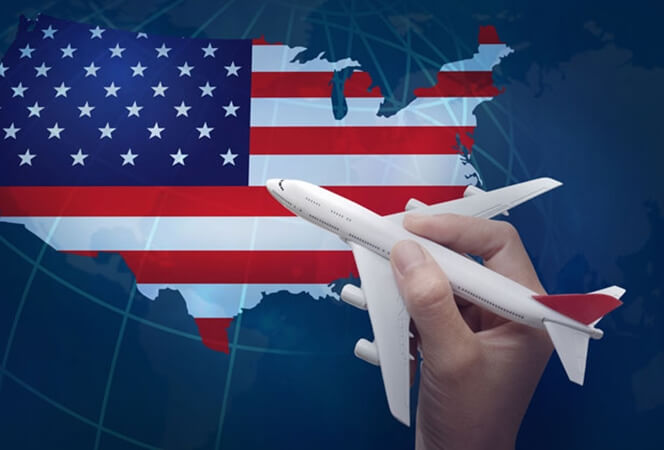 After much of to and fro in the Senate, the FAA Reauthorization Act 2018 has addressed some of the issues critical to air travelers and their travel experience. Those who have already boarded the aircraft cannot be bumped off due to the operating airline’s overbooking of flight, according to the new law. The Federal Aviation Administration is required to bar airlines from dragging travelers off overbooked planes. The prohibition had been an essential for travelers’ sake after a passenger was dragged off a United Airlines flight in 2017.

The Federal Aviation Administration Reauthorization Act 2018 requires the agency to frame guidelines for minimum dimensions of inflight seat width and pitch. In 2017, the FAA was issued an order to review plane seat size and legroom in close adherence to inflight safety norms and passenger rights. The organization named Flyers Rights filed the “case of the incredible shrinking airline seat” arguing that airlines’ act of reducing seat size and legroom in order to accommodate more passengers than the usual capacity could make it difficult to evacuate a plane in times of emergency. But the FAA refused to impose new restrictions on airlines then.

The FAA Reauthorization Act of 2018 requires the agency to make it compulsory for airlines to let pregnant women travelers board planes first. The new legislation has also passed a mandate for airlines to allow passengers traveling with kids to check strollers.

It’s a welcoming mandate for the benefit of our customers booking flights to India from USA. The number of travelers not receiving a special service or services requested or paid for is considerable. We make sure to process our customers’ request for special services with the operating airlines at the time of booking their travel or post confirmation of their reservation. But, we do sometimes bear the brunt of airlines’ not providing the paid or requested service to them,” said the customer relations officer at Indian Eagle, a leading international agency in the business of making air travel cheaper.

US airlines made almost $3 billion from change and cancellation fees collected from travelers in 2017 alone, as per the available aviation industry estimates. Though the FAA Reauthorization Act 2018 does not touch upon oversight of ‘frustrating change and cancellation fees,’ the government is tasked to check whether it is “unfair or deceptive” of airlines to delay operations due to bad weather despite other favorable factors.

The Federal Aviation Administration Reauthorization Act 2018 puts unruly travelers on alert by increasing penalties for passengers who interfere or misbehave with the flight crew. The law also bans storage of pets in overhead luggage bins, use of e-cigarettes on board and the making of voice calls during flight. All these activities on board are now punitive offences.

The FAA Reauthorization Act 2018 does also seek to investigate sexual harassment cases in the air travel industry. It has also passed a resolution to set up a task force for the same.