Air India being on the verge of disinvestment, the Government of India appointed the national carrier’s first woman pilot as the CEO of Alliance Air. Air India’s regional subsidiary, Air Alliance will not be sold off with its parent airline as per media reports. The first-ever woman pilot of Air India in 1988, Harpreet A De Singh is currently the national airline’s executive director for flight safety. Now she is all set to don the hat of the first-ever woman CEO in the history of Indian aviation.

The President of Indian Women Pilots’ Association, Harpreet A De Singh will be succeeded by Captain Nivedita Bhasin. Captain Nivedita is one of Air India’s most senior commanders in charge of operating Boeing 787 Dreamliner. Reportedly, she will be at the helm of several other departments given her experience in aviation. 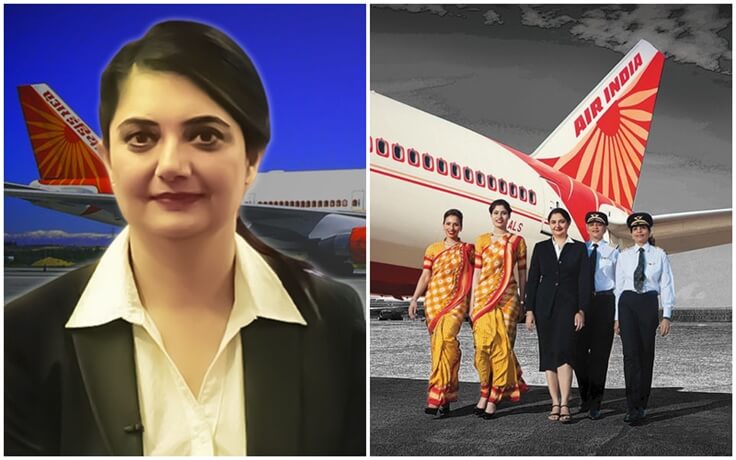 Though selected as India’s first woman commercial pilot in 1988, Harpreet A De Singh had a short stint in the cockpit due to her health issues. However, the sky is the limit for her career in commercial aviation. Alongside heading Indian Women Pilots’ Association, she has been Chairman of ‘Aeronautical Society of India.’ Being a qualified instructor certified by DGCA, Harpreet Singh gives technical training to all the pilots, flight engineers and flight despatchers across the fleet of Air India.

The First Woman Chief of Flight Safety in India, Harpreet A De Singh is the first woman to be monitoring the emergency response in an airline. She has also been Air India’s first lead auditor and evaluator for international quality and safety standards. Furthermore, she is the first woman to be leading the airline’s quality management systems. The initiative – Angels of Air India for Humanitarian Response – was her brainchild. Heading the fuel management and operational efficiency program was among her previous roles.

A role model for aviation career enthusiasts, Harpreet Singh has seen a steady growth of Air India’s team of women pilots over years; some of them are operating air bubble flights to and from India under the Vande Bharat Mission. India has the maximum percentage of women pilots for commercial flights, according to the 2018 data given by the International Society of Airlines’ Women Pilots.

Cockpit jobs caught the imagination of Indian women in the second half of the 1980s and the first decade of the 21st century, following the decades of glamorous Air India hostesses.

Also Check: Everything about Hassle-free Travel on Air Bubble Flights