American Dreams start with higher studies at US universities for many international students including those from India. Studying in the United States is going to be an extremely expensive affair, with a new bill proposing a massive tax hike for graduate students. The House bill named Tax Cuts and Jobs Act seeks to tax stipends, tuition waivers, health benefits and student loan interest.

Approved with 227 Republican votes, the House’s Tax Cuts and Jobs Act is awaiting votes from the Senate Committee on Finance. The Senate’s verdict on the bill is expected anytime by this month end (November 2017).

Graduate students are entitled to non-cash waivers on tuition fees for working on university campuses in the US. They also get non-encashable deductibles for health benefits. With support from the White House and votes from the Republicans, the Tax Cuts and Jobs Act is proposed to regard all stipends, tuition waivers and non-cash deductibles as income to be taxed. The bill also seeks to bring student loan interest under the tax radar. The new House bill, if converted into a law, will put a huge tax burden on graduate students for the income which they don’t see or get in cash. 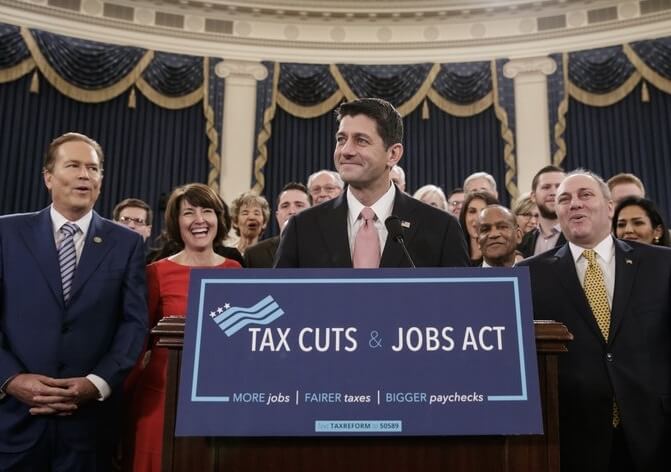 The Graduate and Professional Student Association (GPSA) sums up how the Tax Cuts and Jobs Act will negatively impact graduate students:

The Graduate and Professional Student Association (GPSA) also observes that the more the tuition waiver, the higher the tax bracket. The House’s Tax Cuts and Jobs Act will make it difficult for graduate students to manage with their stipends considering the average amount of stipends of graduate or professional students in the United States.

The American Council on Education’s President Ted Mitchell remarked that the Tax Cuts and Jobs Act would discourage enrollment in postsecondary education, thereby encumbering the growth of research and innovation at US universities. He also stated that it would send a wrong message about the financial stability of public and private colleges and universities, across the world. The costs of attending college is estimated at over $65 billion between 2018 and 2027 adding to the tax burden on graduate students, which is not in the country’s national interest, according Ted Mitchell.

The US tax experts and analysts opine that the House’s Tax Cuts and Jobs Act may also cause the talent and innovation quotient of America to go down apart from discouraging foreign students to pursue higher studies in the US.