Self-sufficiency has always been a fundamental of the US Immigration law for individuals seeking entry to the United States on various visas, for non-citizens seeking lawful permanent residency in the country, and those on a temporary visa seeking extension of their stay in the same non-immigrant category or shift to a different non-immigrant category.

Since the 1800s, the US Congress has made it a law that foreign nationals are inadmissible to the country if they lack self-sufficiency, or if they are likely to become a ‘public charge’. All these years, public charge has not been defined in the federal registrar of regulations. Besides, there have been inadequate guidelines on how to determine if an individual seeking entry to the US, or status adjustment in the country is likely to become a public charge at any point of time.

If a foreign individual is likely to become a public charge in the opinion of a consular officer or an attorney general evaluating the individual’s age, health, education, skills, assets and financial status, he or she is simply inadmissible to the United States. In the Trump administration, the White House is all set to administer the public charge ground of inadmissibility against the immigrants or non-citizens who meet their needs using public resources within the country’s borders. 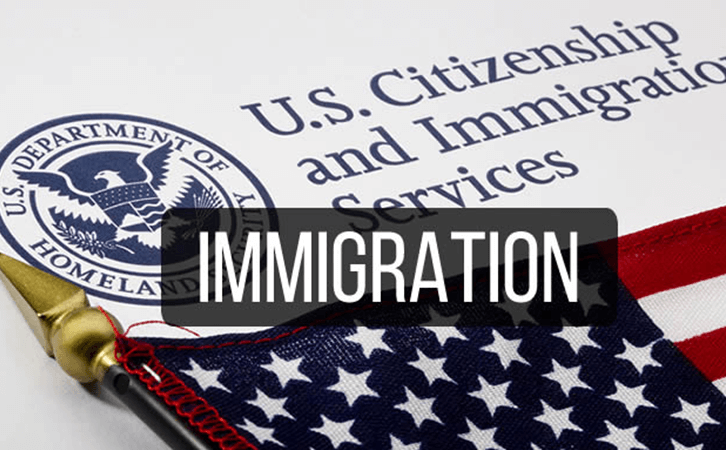 The Department of Homeland Security’s Secretary Kirstjen Nielsen said, “Those planning to immigrate to the United States must establish their ability to meet their housing and healthcare needs and other requirements, relying on their own capabilities and resources as long as they will be staying here.”

A new frontier in the US government’s hard stance on immigration, the ‘public charge ground of inadmissibility’ rule is expected to spew harsh repercussions on immigrant families, legal and illegal. In the past, immigrants having received cash welfare as part of the federal aid for needy families were at the risks of being designated ‘public charge’, a category of immigrants who primarily depend on the government schemes for subsistence.

The ‘public charge’ designation could lessen one’s chances for lawful permanent residence or green card in the USA. Both the Department of Homeland Security, and the US Citizenship and Immigration Services are looking to enforce the amplified ‘public charge’ rule on a broader scale. The proposed rule will await a 60-day public comment period for inputs from the members of several public bodies.

The proposed policy about the implementation of the public charge rule proposes a drastic hike in the financial levels for green card applicants to meet as an eligibility norm for permanent residence in the US. At present, green card applicants are required to show that they meet 125 % of the Federal Poverty Level. But the new policy seeks to raise the income level as much as 250% of the Federal Poverty Level, which could translate to an approximate $52,000 yearly for an immigrant couple with one child.

The public charge rule, if enforced, would significantly impact the green card applicants who came to the US through family-based migration, and H4 visa holders who may be required to prove their income eligibility despite having no work authorization, according to immigration policy experts and analysts. Thus, it may cause immigrant families to split and force immigrant couples to live apart for an indefinite period.

Intended to reshape the population of US immigrants on the basis of self-sufficiency, financial capability and skills, the public charge rule would empower the administration to weed out lower-skilled applicants among the lower-income immigrants receiving federal benefits such as food stamps, Medicaid, housing assistance, or child care.

Even those who have intentionally decided to opt out of the government assistance despite their eligibility for the federal benefits may be put on the radar of the public charge rule if the government sees any possibility of their being likely to be dependent on the public resources. Immigration advocates find it an unjust penalty to hard-working immigrants who may seek temporary dependence on the government while trying to achieve self-sufficiency.

Medical conditions or health issues of immigrants may also be taken into account as per the public charge rule. Immigration officers could take an extremely discretionary approach towards determining whether immigrants having physical ailments or pre-existing medical conditions can afford to buy health insurance instead of applying for Medicaid. Immigration officers could also check whether large immigrant families are able to afford their own food without depending on the Supplemental Nutrition Assistance Program (food stamps).

The Department of Homeland Security and the US Citizenship and Immigration Services will take into consideration several other personal facts like credit history, health records, English proficiency, insurance and number of dependents other than income level, education and skills for determining immigrants’ eligibility for green cards, possibility for extension of H1B visa, or change of one’s status from F1 to H1B.

If the DHS public charge rule comes into effect, about 53% of foreign-born professionals who meet the current eligibility criteria for green cards could face rejection on grounds of not being able to meet the parameters mentioned in the above paragraph. Furthermore, 22% of foreign-born individuals who are employed as cooks, tutors, teaching assistants, helpers, factory workers and likes in the United States may lose their current eligibility for green cards on account of the new annual household income level as per the DHS public charge rule.