Indian Actress Priyanka Chopra is on a roll in the United States. After having hit the jackpot with her debut on the American Television, she is all set to enter Hollywood. Priyanka is in talks with filmmaker Seth Gordon to join the cast of Baywatch, an upcoming Hollywood film based on the popular TV show “Baywatch” in the 1990s. Priyanka will be seen sharing the screen space with Dwayne Johnson and Zac Efron in the cast of Baywatch. 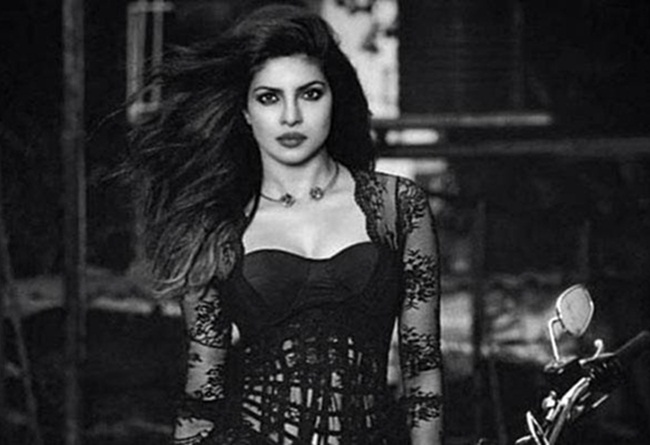 Interestingly, she will play Victoria Leeds, a villain in Baywatch, drawing a sharp contrast to her portrayal of an FBI agent in the “Quantico” TV series. Baywatch is the story of California lifeguards whose leader teams up with a young Olympian to save their beloved bay. To be produced under the Paramount banner, the upcoming Hollywood film Baywatch will also star Alexandra Daddario and Kelly Rohrbach.

Victoria Leeds in Baywatch is not her first villainous character in reel. She donned the hat of villains in Bollywood films like Aitraaz and 7 Khoon Maaf. She is excited about playing a negative role in Seth Gordon’s Baywatch after a long time. “Thank u guys! Being a bad girl after so long! Playing a villain will be fun!” Priyanka wrote on Instagram.

The shoot of Seth Gordon’s Baywatch is in conflict with Priyanka’s schedule for “Quantico”, which is yet to be worked out. Seth Gordon is an American filmmaker, producer and screenwriter. Grew up in Illinois, he came into spotlight of the showbiz world with his documentary The King of Kong: A Fistful of Quarters. Seth Gordon debuted into mainstream American cinema as director of Horrible Bosses in 2011.

Though Seth Gordon’s Baywatch is the latest feather to the cap of Priyanka Chopra in America, she has been basking in the glory of having achieved a People’s Choice Award for her performance in the American TV series “Quantico.” She is also playing a tough cop in clash with goons and law breakers in Bollywood film Gangaajal 2 directed by Prakash Jha.

Seth Gordon’s Baywatch will be an interesting watch for Priyanka’s villainous character in contrast to her heroic portraits: FBI agent in “Quantico” and honest police superintendent in Gangaajal 2. – IndianEagle

Travel Beats is a news portal for NRIs by IndianEagle, a U.S. based international travel agency booking Best Flights from the US. Travel Beats publishes the latest stories about India, USA, Canada and Indian Americans.