Home / News / ‘United We Stand, Divided We Fall’ is Core Idea of Biden’s Immigration Reform Bill, US Citizenship Act of 2021

President Joe Biden set the ball rolling to keep his electoral promises regarding immigration overhauls hours after he took office on January 20. Reportedly, the 46th US President sent a new reform bill to Congress, directing major overhauls to the US immigration system and aiming to remove the roadblocks that the Trump administration laid on the path to citizenship and legal permanent residency.

Known as the US Citizenship Act of 2021, Biden’s immigration reform bill seeks to bridge the gap between the US government and different immigrant groups. ‘United we stand, divided we fall’ seems to appear the core message of the bill, and it has sent cheers to undocumented immigrants, green card applicants, H1B visa professionals, H4 EAD beneficiaries, their ‘aging-out’ kids, and foreign students of STEM in the US. 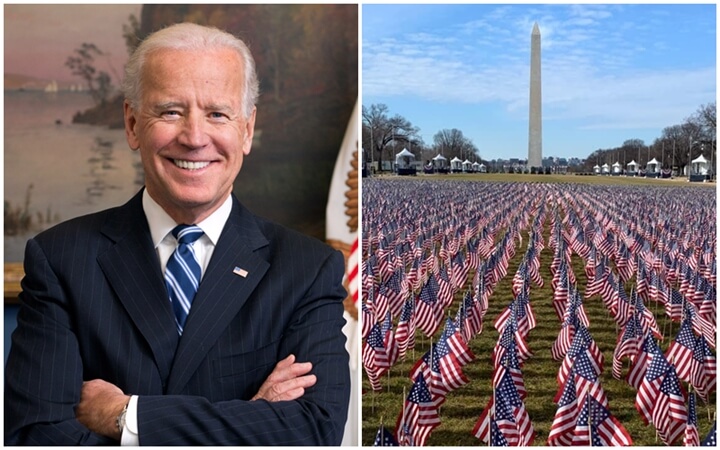 “President Biden’s US Citizenship Act of 2021 modernizes our immigration system. It provides hard-working people who have enriched our communities and lived here for decades an opportunity to earn citizenship. The President’s priority reflected in the bill is to responsible manage the border, keep families together, grow our economy, address the root cause of migration from Central America and ensure that America can remain a refuge for those fleeing prosecution,” Jen Psaki, Press Secretary of the White House, said during a media briefing.

Indian American policymakers are of the opinion that Joe Biden’s immigration reform bill will stimulate the US economy by clearing the backlogs, such as per-country visa caps, which have stretched the wait period into several decades for employment-based green cards. This move is a boon to hundreds of thousands of Indian IT and non-IT professionals in the US. It also removes hurdles for foreign workers living on the lower-wage rungs of the economy to seek legal permanent residency in the employment-based category.

In order to keep immigrant families together in the US, the bill proposes allocation of unused green cards from previous years to clear the backlog in the family-based immigration system and seeks to raise the per-country visa caps so that the current wait time can be significantly cut short for green card holders’ dependents including spouses and children. Nearly 220,000 unused green cards could be utilized this way, according to a most recent report by the CATO Institute.

President Joe Biden’s immigration reform bill is a major relief to the H4 visa holders who were on the verge of losing their work permit in the Trump regime, and H1B visa holders’ children ‘aging out of the system’. A majority of the H4 visa holders are qualified Indian women and beneficiaries of the Obama-era work authorization.

The most amazing aspect of the Biden-Harris US Citizenship Act of 2021 is that the bill appears to recognize America as a nation of immigrants by seeking to replace the word ‘alien’ with ‘noncitizen’ in the US immigration laws. The key strengths of the bill include the ‘No Ban Act’ that outlaws any practice of religion-based discrimination in the country.

The Biden proposal cuts the green card process short to 8 years from the current period of 13 years on average for qualifying immigrants – those who clear background checks and pay taxes regularly. Notably, the bill allows them to apply for legal permanent residency after 5 years if they meet most of the principal requirements. They can apply for US citizenship 3 years later.

Other than augmenting the diversity visa program with a proposed increase from 55,000 to 80,000 visas a year, the new bill touches upon the wellbeing of undocumented immigrants in the USA. A pathway to citizenship for 11 million undocumented residents, including DACA recipients, is one of the key highlights of the US Citizenship Act 2021. As a call to action of his Presidential Memorandum, Joe Biden directed the Department of Homeland Security to ensure protection for DACA recipients, young immigrants who arrived as undocumented children in the US. There are 46,000 entrepreneurs among over 1.2 million DACA recipients in the US, according to the 2019 study by an immigration research and advocacy organization.

There are provisions for foreign students with advanced STEM degrees in the bill. The US Citizenship Act of 2021 touches upon certain reforms which are needed to make it easy for meritorious STEM students of foreign origin to stay in the US on completion of their studies.

Travel Beats is a leading community portal for Indians in America by Indian Eagle, a most trusted travel-booking partner of Indian Diaspora in the US. Subscribe to our free newsletter and tune to our Facebook page for latest updates on Indian American community, US immigration and visa, and US-India travel news.