After having imposed a provision for Gift Tax on NRIs in the Union Budget 2019, India has changed the definition of NRIs and proposed to tax their income back home in the budget 2020-2021. Finance Minister Nirmala Sitharaman’s budget, which put NRIs’ residential status under the Income Tax scanner in 2019, has brought into the ambit of taxation in 2020 those NRIs who are not taxed anywhere in the world.

Refuting all rumors about the newly proposed NRI tax in the Union Budget 2020, Nirmala Sitharaman clarified that NRIs will have to pay tax on their income in India, not on their income abroad. She described it as an anti-abuse provision for those who have moved to safe tax havens outside India in order to avoid paying taxes at home. At the same time, she said that the NRI tax in the Union Budget 2020-21 is not intended for bonafide Indian workers in other countries. 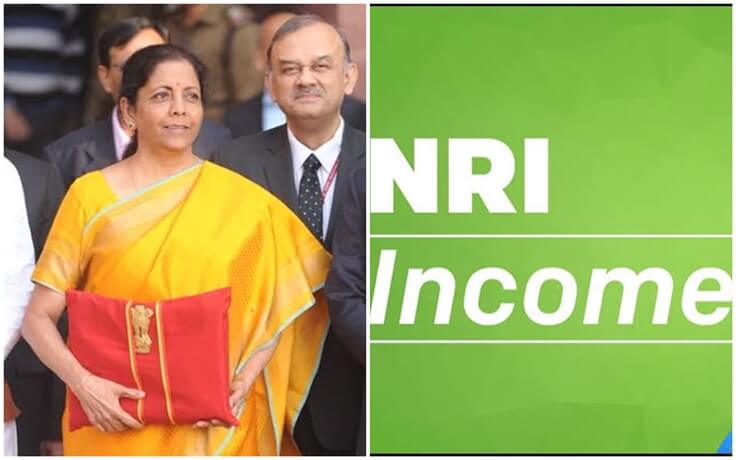 Basically intended for high net worth NRIs, the ‘Nirmala Sitharaman budget 2020’ seeks to tax those who are neither tax residents in India not paying taxes in any other country of their residence. They shall be deemed to be tax-paying residents in India, according to the proposed income tax law for NRIs in India’s Finance Bill 2020.

Some high net worth individuals make it possible to manage their stay in India in such a way that their NRI status remains intact out of the tax radar in India and they shall not have tax liabilities in any other country. Any such arrangement that helps a person stay out of the tax net in any country should not be encouraged. Escapism is not desirable in the current global tax environment, according to the Union Budget 2020 documents.

The Modi government’s budget 2020-21 has also tightened the residency provisions for NRIs by proposing to cut their period of stay in India to 120 days. To be treated as a non-resident Indian, a person will now have to stay overseas for 240 days in the FY2020-21, as against 182 days earlier. Those staying in India for over 120 days in the FY2020-21 and the following years (if the residency provision is not revised further) won’t be able to claim the non-resident status.

India’s Finance Bill 2020 proposed in Nirmala Sitharaman’s budget this year illustrates that an Indian national having a permanent home only in India but staying abroad only to evade his tax liabilities in India shall now deemed a taxable resident in India. On the other hand, if an Indian citizen is employed abroad, has permanent home abroad, and stays abroad for a greater length of the year, the newly-proposed NRI tax provisions in the Union Budget 2020 won’t hit him or her.

If an Indian citizen having significant economic activities in India buys a residential property abroad or has a permanent home abroad, he or she is liable to pay taxes in India. If they have permanent home in both India and abroad but earn their livelihood through employment or business only abroad, India’s new Finance Bill 2020 will not impose the income tax law for NRIs on them.

Indians having permanent home and source of income in both India and abroad but staying in a foreign country regularly are exempted from the Union Budget 2020’s NRI tax provisions. However, an Indian citizen who is ‘resident of no country’ but stays mostly abroad (traveling across geographies) just to hold on to his NRI status will no longer be exempt to the NRI tax regulations in India.