India and her diaspora will be celebrating the 75th Independence Day anniversary this August 15. Since freedom dawned upon her in 1947, India has shrugged off every bit of dust of her colonial past by achieving monumental milestones as a sovereign country in various spheres, such as international relations, politics, sports, agriculture, space expedition, science and technology. Many Indian cities, including Kolkata, have gone on a decolonization spree by renaming the thoroughfares and landmarks which earlier alluded to the colonial regime.

However, India is still carrying a remnant of the British rule in aviation even after 75 years of independence. The entire fleet of Indian airlines, including Air India, Air Vistara, IndiGo and Jet Airways, except Air India One, features ‘VT’, an acronym for Victorian/Viceroy territory. VT is still the national call sign of the carriers registered in India and is the prefix in airline-specific alphanumeric codes, such as VT-TTB for Vistara and VT-IGS for IndiGo. 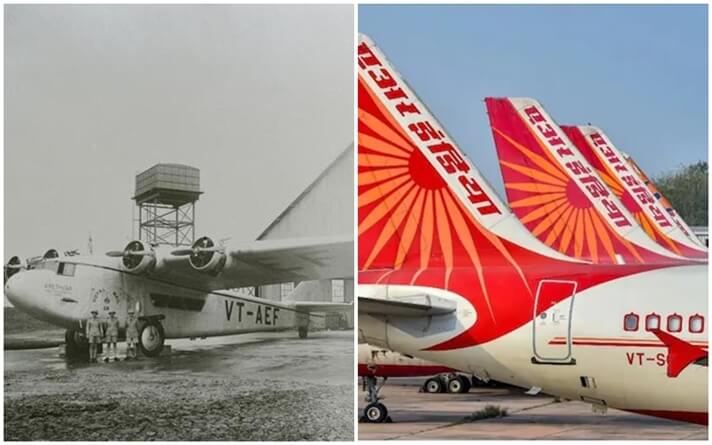 It was 1929 when the British assigned ‘VT’ to the carriers operating in the colonized India, according to several sources. V was the initial of the codes given to other British colonies too. Though historians of colonialism are divided over the origin of ‘VT’ and the authenticity of the colonial practice of identifying countries with such codes. Some sources state that British India got the call sign ‘VT’ during the International Radiotelegraph Convention of Washington that was held on November 27 in 1927.

Whether the prefix ‘VT’ in the codes of Indian aircraft is a symbol of slavery, has become a serious bone of contention over the years.

The VT-based registration of commercial airplanes in India has raised a storm in the country’s political corridor several times. Indian aviation has seen a few attempts, direct and indirect, at changing the call sign; but nothing came to fruition. In 2004, the government of India requested the International Civil Aviation Organization (ICAO) to initiate the process of replacing the call sign; but it was also a futile attempt. Again in 2016, the Rajya Sabha (Council of States) heard objections to this.

Very recently, a member of India’s ruling political party has filed a Public Interest Litigation denouncing the call sign ‘VT’ as “a reflection of the colonial rule”. The petition states, “India is a sovereign country, hence cannot be a territory of the Viceroy. Why is India continuing with the VT code? Futile efforts were made in the past regarding the change of the call sign for our nation’s aircraft, but they (ICAO) responded by saying that India could not get BA (Bharat) or IN (India) as China and Italy have already taken up the ‘B’ and ‘I’ respectively.”

“Among Indian carriers, Air India has shown the world India’s competence and tenacity by taking up risky evacuation missions, flying over precarious regions such as the North Pole and the Hindukush, as well as operating all-women-crew international flights to USA and other countries on Women’s Day. But the fleet of Air India and other Indian airlines are still carrying the colonial baggage if ‘VT’ is believed to stand for Victorian/Viceroy territory. India’s athletes and mountaineers are unfurling the Tricolor abroad, whereas the India-registered aircraft carries the call sign that has nothing to do with independent India,” said the Editor of Travel Beats, a subsidiary of IndianEagle.com.

Indian aviation cannot afford the grounding of planes until the existing call sign ‘VT’ is replaced and all registration documents are reissued with new registration codes. The whole process of changing the colonial identity of Indian aircraft has huge financial implications, according to the Union Ministry of Civil Aviation.