Premium Economy, which makes travel cheaper than business class flights and better than economy class travel, is to see competition heat up between Air India and other airlines on some US-India routes in 2023. Air India hinted at introducing Premium Economy service in a recent press release on its leasing of five wide-body aircraft for the upcoming flights between India and the US. Currently, American Airlines, United Airlines, Lufthansa, Cathay Pacific, Singapore Airlines, KLM, Virgin Atlantic, and Air France operate premium economy flights to and from India. 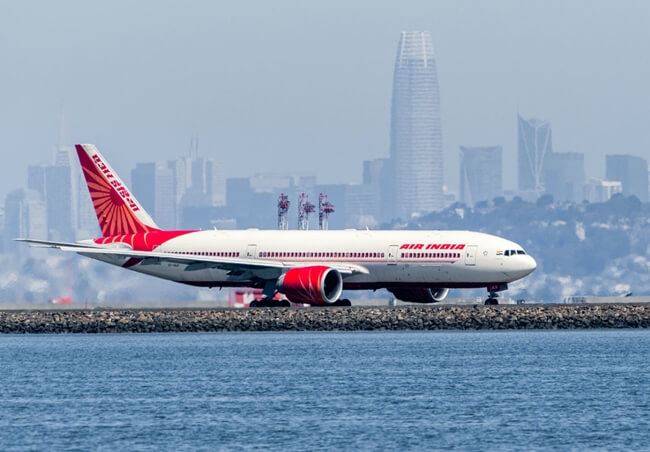 Air India’s Premium Economy class is long overdue, as indications of rolling out this cabin on some popular long-haul routes had surfaced in the Air India news in 2015. Though introduced as a middle-of-the-road travel cabin between business and economy by Eva Air way back in 1991, Premium Economy gained momentum during the Great Recession (2007-2009) when international airlines’ revenue from business class flight tickets fell to a miserable low. Apparently, premium economy seats are on average 60% cheaper than business class seats; but the same costs nearly 60% more than normal economy class fares.

Reportedly, Air India’s Premium Economy cabin will be retrofitted to five B777-200LRs which will be inducted into the airline’s fleet between December 2022 and March 2023. This is part of the 30 new aircraft that the airline has leased to inflate its fleet and widen its international footprint over the next 15 months. As of today, Air India’s sister airline Air Vistara is the only Indian carrier with premium economy class on both international and domestic flights. “These new aircraft, together with existing aircraft being returned to service, address an immediate need for more capacity and connectivity, and mark a strong step forward,” said Air India’s CEO Campbell Wilson.

Nonstop flights to Mumbai from three US cities

The five new B777-200LRs will be deployed for some of the nonstop flights between India and USA, according to the press release. Air India hinted at its plans to launch nonstop flights from Mumbai to San Francisco and New York JFK. The plans to resume SFO to Bengaluru nonstop flights and Newark to Mumbai nonstop flights are also on the radar, as CEO Campbell Wilson said, “Air India has exciting expansion and renewal plans, of which these new aircraft are just the beginning.” Kempegowda Airport, BLR will receive three weekly flights with premium economy from San Francisco.

Early this month, Emirates Airlines announced its decision to fly its flagship A380, the world’s largest passenger aircraft, retrofitted with premium economy to New York and San Francisco starting in December 2022 and February 2023 respectively. In view of this, Air India’s plans to roll out premium economy seats with extra legroom and greater recline are not a mere coincidence. Emirates’ premium Economy is already in service to London, Paris, and Sydney. Done up with keen attention to details in offering a signature experience on board, Emirates’ Premium Economy is an oasis of luxury and comfort.