Millions of travelers are waiting for the skies to turn blue again so that they can fly. At the same time, they have health concerns to deal with for safe travel amidst the pandemic. With aviation limping back to normalcy, airlines are pulling out all stops to offer COVID19-proof flights from origin to destination. India is also gearing up to resume international civil aviation operations, most probably, in July.

But, are you concerned about flying despite all the precautions in place, like sanitized airport premises, disinfected planes, thermal screening, disinfecting tunnels, wrap-around gowns, face shields, masks, and hand sanitizers? The myths about the aircraft cabin air seem to weigh heavier than the positive vibes that emanate from the way airports and airlines are trying to insure flights against the Novel Coronavirus. 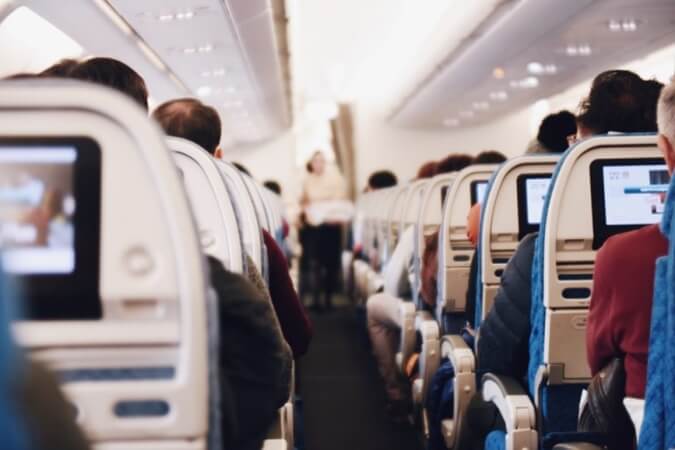 One of the popular myths about aircraft cabins is that we breathe static air within the confines of a plane and hence, we are exposed to viral transmission on board. If one passenger is sick on board, co-passengers are at the risk of getting sick because they share the same space and inhale the same air. How safe are flights during COVID19 hours? On the contrary, it is safe to fly and the air is refreshed every two minutes in airplane cabins, according to the International Air Transport Association (IATA).

However, the Centers for Disease Control (CDS) warns about flying across geographies amidst the current global health crisis. A page on the CDS website reads, “Travel increases your chances of getting and spreading COVID19”. IATA counters CDS and reasons that exposure to something airborne even on economy flights is much lesser than that to any other confined space. Below is how IATA explains this:

“The airplane cabin air system is designed to operate most efficiently by delivering approximately 50 percent outside air and 50 percent filtered and recirculated air. This normally provides between 15 to 20 cubic feet of total air supply per minute per person in economy class. The total air supply is essentially sterile and particle-free. Cabin air circulation is continuous. Air is always flowing into and out of the cabin. Total airflow to the cabin is supplied at a bulk flow rate equivalent to 20 to 30 air changes per hour.” In comparison, a normal office building usually changes its air four times every hour.”

All modern planes in the fleet of major airlines are equipped with the High Efficiency Particulate Air (HEPA) filtration system, according to Airlines for America (A4A) that represents major carriers including American Airlines, Delta Air Lines, Southwest and American Airlines. HEPA filters can filter out nearly 99.7-99.9% of airborne particles, microbes and droplets from the airplane cabin air. Most of the passenger airlines worldwide, including Air India, British Airways, Qatar Airways, Vistara, Air France, and Lufthansa have the hospital-grade HEPA filters on their passenger aircraft to circulate and refresh the cabin air.

The air-conditioning confines of aircraft help a viral infection spread fast in a travel cabin – which is one of the myths about air travel. “Highly unlikely,” says the World Health Organization refuting the myth. WHO adds, “COVID19 is primarily transmitted between people through respiratory droplets and surface contacts. An analysis of nearly 80,000 COVID19 cases in China did not report airborne transmission of the Novel Coronavirus.”

An airplane cabin is divided into a few sections ventilation-wise; each section consists of 3-6 rows of seats on board. It means that you share the cabin air with those sitting immediately before and behind you. A co-passenger coughing or sneezing 7-10 rows back or front does not affect you during a flight, according to Dr. Narendra Saini, the chairman of Delhi Medical Council’s Scientific Committee.

“In view of no social distancing on planes, wearing a face shield and a good-quality mask is strictly recommended to stay safe from coughs or sneezes within two to three rows before or after you. Traveling short flights (mainly direct) is another recommendation given the current situation. The shorter the flight is, the fewer the hours of breathing the air in an enclosed space. Breathe easy while flying, as the airplane cabin air is unlikely to put you at the COVID19 risk,” said the chief travel advisor of Indian Eagle, a leading air-ticketing organization in the US.