The electoral confrontation between Donald Trump and Joe Biden seems to benefit immigrants and non-immigrants, including Indians on various US visas. President Trump’s hardline stance against foreign nationals on US employment visas is the biggest opportunity for Joe Biden to leverage his competitive advantage in the campaigns. In his immigration agenda, on July 15, former Vice President Biden promised to end the country-wise cap on the number of employment-based green cards issued to Indians. It prompted Trump to woo back those who his Presidential Proclamations (10014 and 10052) have left angered, anguished, frustrated and estranged from families. 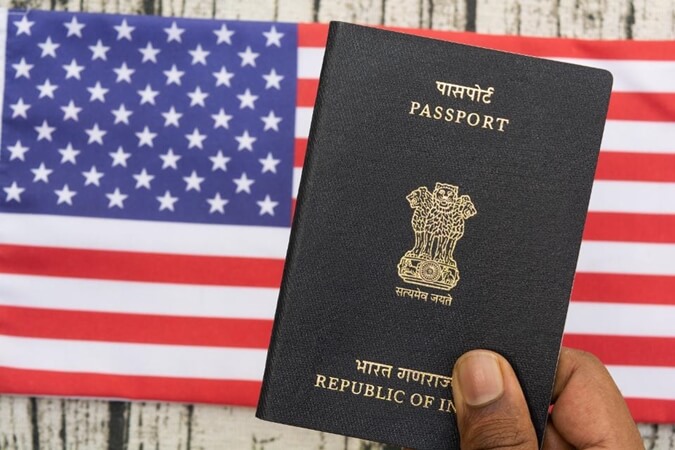 In certain exceptions, announced on July 17, to the US Presidential Proclamations that suspended the entry of immigrants and non-immigrants till the end of 2020, the State Department allowed L1, J1 and H1B visa workers to unify with their spouses and kids stranded in India. The exemption from the visa ban allows the spouses and kids of H1B, L1 and J1, who would have otherwise remained alienated till this year end, to travel back to the United States.

They can return to the US, the country that they have been calling home for years, once their visas get stamped. Reportedly, the US embassies and consulates worldwide are all set to resume normal visa services soon. The US visa services, except for life-and-death emergency cases, have been suspended since March 2020 due to the COVID19 pandemic. The suspension of visa services and international flights prolonged their stay in India. The situation went out of the frying pan into the fire when Trump’s recent executive order banned the entry of those awaiting visa stamping in their countries of birth.

The White House’s visa ban conspired with travel restrictions and flight suspension triggered by the COVID19-induced lockdown across India to tear hundreds of Indian families apart. Many H4 spouses who had visited India for visa stamping in February or March found themselves stranded first due to flight cancellations and separated then from the family in USA due to the entry restrictions.

One H4 visa holder who had traveled to India with her toddler tweeted out of frustration, “It has been five months since I came to India for visa stamping. I got stuck here due to consulate closure and travel ban. My spouse is in the US. The presidential proclamation has separated us for the rest of the year.”

Exceptions to Presidential Proclamations: 10014 and 10052

Luckily, the US visa ban exemptions for certain H1B, H2B, L1, J1 visa holders and their dependents coincided with the announcement of 180 Air India flights between India and USA, starting July 22 till August 31. This time Air India tickets are expected to be less expensive compared to the flights operated under the Vande Bharat Mission. The booking of Air India flights between USA and India will open at 8 pm IST on July 18.

One thought on “Certain H1B, L1, H2B, J1 Visa Holders and Their Spouses, Kids Get Exempted from US Visa Ban”