Indians in the United States have gone gaga over two Indian American teen girls’ entry to the Season 16 of American Idol, a most prestigious reality TV show. Paravi Das from irginia and Alyssa Raghunandan from Florida are among the lucky, aspiring singers who got the golden tickets to Hollywood through the auditions for American Idol 2018.

Orlando-based Alyssa Raghunandan and Ashburn-based Paravi Das stole the show with the judges of American Idol 2018 in the audition that took place earlier in March, by the virtue of their musical brilliance. They are all set for a marathon of ambition with their appearance in Hollywood’s prestigious music reality show that will go air in April. 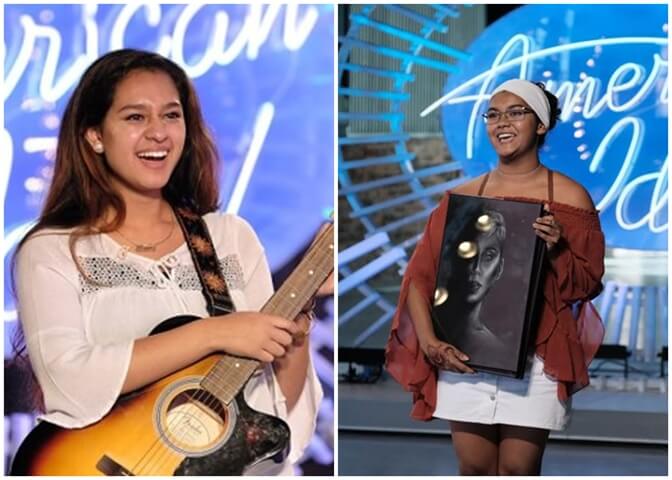 A high school senior at Lake Nona Singh School in Orlando, Indian American Alyssa Raghunandan recorded her first song titled ‘Leave’ in 2017. The song is available on iTunes. Her father, Hansraj Dennis Raghunandan was a crew chief at the US Air Force. Now he is an entrepreneur and owns World Automotive Services, Inc. in Orlando.

In her introduction video for American Idol 2018, 15-year-old Alyssa unambiguously admits that she owes her dreams of making it in music to her father who has been her ‘best friend’ and has motivated her to excel in the pursuit of music since his separation from her mother. She has been living with her father since her age was 2.

Among the judges of American Idol Season 16, Katy Perry was the first to opine about Alyssa Raghunandan’s voice and praised her rendition of ‘Almost is never enough’ eloquently. She said, “Your voice sounds that good in 15. I have to go and shave my legs now. The hairs on my legs just grew an inch and a half, because I full-body felt what you were signing.”

One of the two Indian American contestants in the Season 16 of American Idol 2018, Ashburn’s Paravi Das sang two songs – Jesse J’s ‘Price Tag’ and Adele’s ‘When We Were Young.’ Her performance in the audition clicked with Lionel Richie among the judges. Lionel exclaimed that he had to close his eyes and listen to her raptly. Katy Perry was a little unhappy about her performance but she thumbed it up.

A student of graphic communications, Paravi Das became a favorite of the judges for her artistic prowess. She drew lively sketches of each of the judges and gifted the sketches to them during the audition. Brandon Diaz is another contestant from Ashburn in the Season 16. He is a good friend of Paravi Das’ elder brother.

The Season 16 of American Idol will be aired on Indian television via Zee Café V channel. One of the most popular American TV reality shows, it has gained tremendous popularity the world over. To date, the reality show has treasured many awards and accolades including 13 Grammys, 2 Golden Globes and one Academy award. It has made more than 61 million album sales, 95 Gold records and 47 Platinum records.