The growing cohort of Indian-origin CEOs has welcomed Indian American Ravi Kumar Singisetti, rekindling hopes for ‘American Dream’ amid layoffs in the United States. Cognizant, an American IT major headquartered in New Jersey, has appointed Ravi Kumar as its global CEO. IT veteran Ravi Kumar’s appointment as Cognizant’s CEO has already taken effect within few days of the announcement, but he will take charge on March 15. 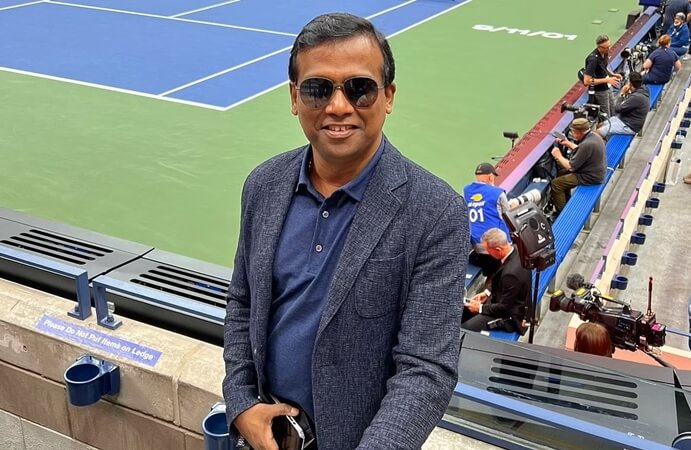 $34-billion software exporter Cognizant’s new CEO Ravi Kumar had an illustrious career at Infosys USA, spanning 20 years of leadership milestones in different global segments. He is expected to take the company out of the current phase of underperformance through his strategic, insightful direction for the company’s sustainable growth. “I am excited to unlock the Company’s significant potential for employees, clients, investors, and other stakeholders,” he said.

Ravi Kumar S from New York led the Infosys Global as its President from January 2016 to October 2022. Prior to that, he was the group head for Infosys’ several verticals, such as insurance, health care, cards and payments. His tenure at Infosys includes 13 years in Hyderabad as Senior Vice President and Global Head Oracle Practice, Consulting and Systems Integration. He was the Chairman of the Board for Infosys BPM for 5 in New York. He also chaired the Board of Trustees for Infosys Foundation USA that works on popularizing computer science to K-12 students especially from underserved communities, and reducing the digital divide across the nation.

He had started his career from Bhava Atomic Research Center as Scientist C in 1991 (Scientist C is a person who researches to advance knowledge in an area of the natural sciences, according to Wikipedia). With an MBA degree from Xavier Institute of Management, he moved to PwC in 1994. Since then, there has been no looking back for him. During the dotcom boom in 2000, he joined Oracle Corporation as business head in Southeast Asia. His appointment as Cognizant’s CEO is the culmination of his ‘American Dream’ career.

“Like Freshworks’ CEO Girish Mathrubootham, Cognizant CEO Ravi Kumar has no degree from an Ivy League university or Stanford or MIT. His successful career having started with an H1B visa is a testament to determined Indians like him, who with big dreams and no foreign education can reach the pinnacle of success in the C-suite of a global conglomerate,” said Sourav Agarwal, the Editor of Travel Beats, a leading Indian Diaspora portal by IndianEagle.com.

What is the salary of Cognizant’s CEO Ravi Kumar Singisetti? This has been a popular google search since his new appointment was announced. Cognizant CEO Ravi Kumar’s salary is INR 57 crore per annum. He will get INR 6 crore as joining bonus, stocks worth INR 40 crore, and business flight tickets to India and other locations of Cognizant, among other perks.