Home / News / Budget Indian Airline SpiceJet is All Set to Fly between India and USA: A Potential Competitor to Air India

It has been 15 months since the collapse of Jet Airways whose one-stop itineraries for US-India travel had gained momentum. Filling in the void left by the mighty fall of Jet Airways, an Indian budget carrier is all set to enter the US-India travel market this COVID19 fall. SpiceJet is the first Indian low-cost airline to have recently been designated as an ‘Indian Scheduled Carrier’ and have got permission to operate flights to the US from India. Exactly when SpiceJet flights between India and the US will be launched depends on approval from the US Federal Aviation Administration. The federal aviation regulator’s permission is the key to unlocking the US-India routes for SpiceJet. 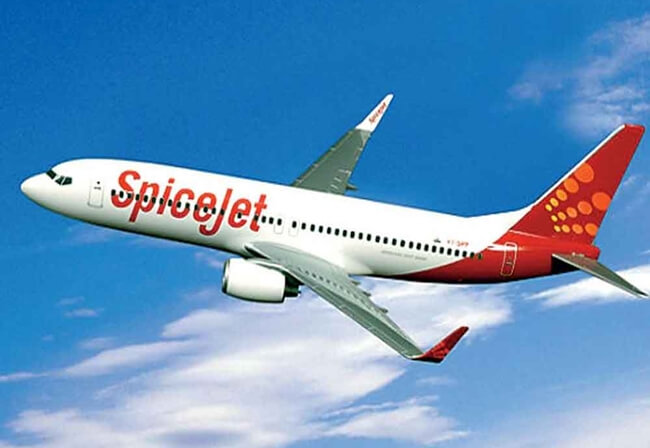 In a filing with the aviation regulators, SpiceJet stated that it “has been permitted to operate on agreed services between the two countries according to the terms of the Air Services between India and the USA,” as per PTI reports. SpiceJet’s Chairman and MD, Ajay Singh who had coined the slogan “Abki baar Modi Sarkar” for the Bhartiya Janata Party’s electoral campaigns in 2014, described the upcoming US-India passenger flight operations as a pivot of SpiceJet’s international expansion.

Being a budget airline, SpiceJet may become a competitor to Air India on some or most of the busiest US-India routes if SpiceJet gets into operating nonstop flights between India and USA. However, SpiceJet’s current fleet is not capable of operating long-haul nonstop flights. Boing 737 with single class configuration is the only biggest aircraft in SpiceJet’s fleet. Most of the SpiceJet planes are the next-gen B737 models – 700, 800 and 900 – which are safe and reliable having the lowest (0.06) fatal crash rate per million commercial flights in the world.

But SpiceJet’s B737 models can fly a maximum range of 6,500 km, whereas New York to New Delhi distance is 7299 miles or 11746 km, and SFO to Mumbai nonstop flights cover 8380 miles/14000 km one way. Evidently, SpiceJet’s upcoming US-India flights require long-range aircraft. Speculations are that SpiceJet may induct used long-haul aircraft that major international airlines, including Delta Air Lines and British Airways, are retiring from their fleet due to the travel downturn in view of the current pandemic.

In addition to no long-range planes in the fleet, the other hiccup to SpiceJet’s operations between India and USA is possible competition from the Gulf airlines, which offer US-India cheap airfares with the best-in-class service. Hence, the economics of flying highly competitive US-India routes does not seem bright for a low-cost airline like SpiceJet. Notably, SpiceJet is a codeshare partner of Emirates Airlines. Their partnership for codeshare flights to and from India took effect in December 2019.

Before the Novel Coronavirus outbreak, Air Vistara was more than the half way towards connecting India with the US and Europe through its growing network of international codeshare partners.