The Independence Day of India (August 15) is the day to recall sacrifices by the freedom fighters that made evergreen history for generations. The map of India is dotted with multiple sights and spots of freedom struggle as the freedom movement had spread like wild fire across the country. Some of our customers who are flying to India in the second week of August this year approached us with a request to recommend the best places to visit on Independence Day in India. Indian Eagle picks up the following: 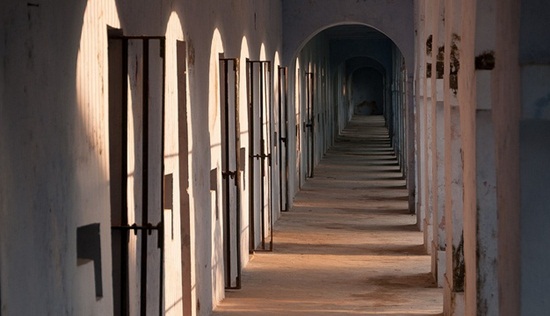 The Cellular Jail in the Andaman and Nicobar Islands tops the list of the places to visit on the Independence Day of India. It is a living witness to the brutal treatment of the freedom fighters behind the bars. The Cellular Jail reminds generations of the solitary confinement that the heroes of the National Freedom Movement were sentenced to suffer for years during the colonial rule. An important chapter in the history of British India, the Cellular Jail was declared a national memorial in 1969. On display are the sculptures silently retelling the stories of atrocity that the prison inmates were subjected to. 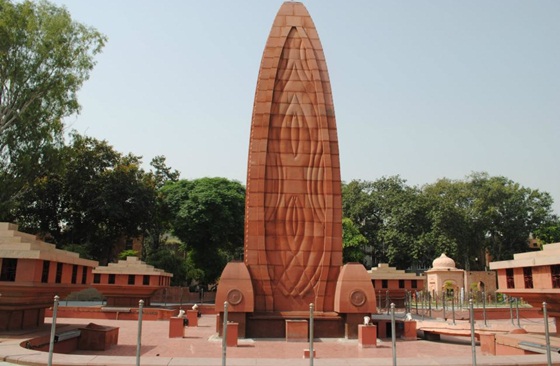 Jallianwala Bagh is a must visit in Punjab. Located near the Golden Temple, it is the site where General Dyer shed the blood of thousands who had assembled for a meeting in protest against the Rowlatt Act in 1919. The massacre of 1919 which Jallianwala Bagh has been bearing witness to in form of bullet marks on inside of the wall is one of the most condemnable British acts during the colonial times of India. Jallianwala Bagh is a must stop during Punjab travel at any time of the year. 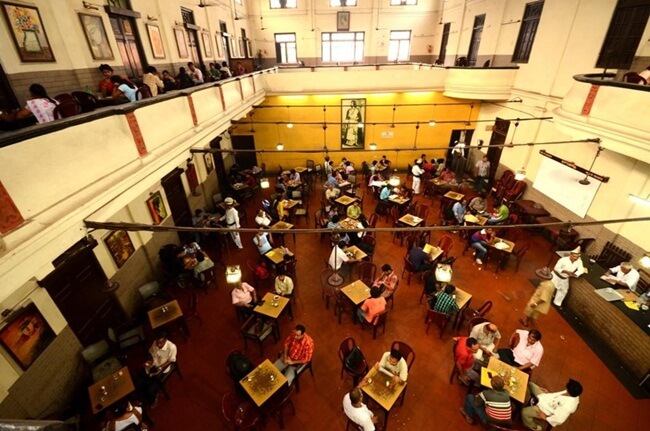 If you are in Kolkata this Independence Day, do visit Coffee House nearby Presidency University on College Street, have a cup of brewing coffee, and take a walk down the memory lane to the bygone decades when the College Street Coffee House used to be a hotbed of debates on politics, art, music, cinema and culture in the then Calcutta. A favorite haunt of the elite, the literati, and intellectuals of Bengal, including Satyajit Ray, Amartya Sen, Mrinal Sen, Ritwik Ghatak, Samaresh Majumdar, Sunil Ganguly and likes, Coffee House was also frequented by the then political revolutionaries. In the post-independence era, Kolkatas College Street Coffee House witnessed to several mass agitations and movements in the changing socio-political landscape of Bengal. Integral to the cultural history of Bengal, Indian Coffee House in Kolkata is one of the best places to visit on the Independence Day of India. 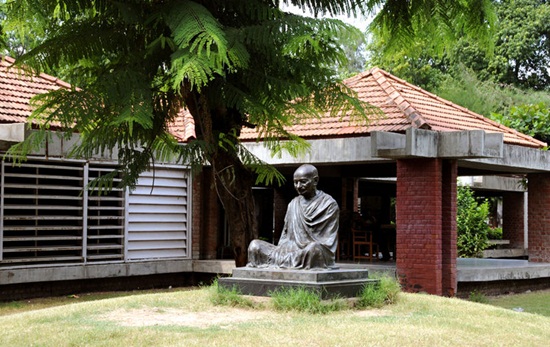 The Sabarmati Ashram was Mahatma Gandhijis workplace for social activism and his activities for National Freedom Movement. He spent 12 years of his life here. The ashram is the place where Satyagraha, Civil Disobedience Movement and Swadeshi Movement had gathered momentum at. Situated on the bank of the Sabarmati River, the ashram is one of the best places to visit in Ahmedabad.Gandhijis Dandi March to disobey the Salt Act implemented by the British began from the ashram in 1930. The Sabarmati Ashram introduces visitors to Gandhijis values, philosophy, vision and support for self-reliance. 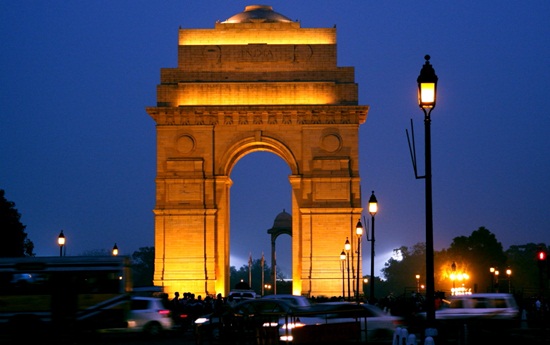 The India Gate, one of the most popular Delhi attractions, is not just a monumental architecture but also a war memorial. Also known as the All India War Memorial, the India Gate has been carrying the names of nearly 70, 000 soldiers who fought and died in the First World War, and the names of some 12, 516 Indian soldiers who embraced martyrdom on the North-west Frontier. Designed by Sir Edwin Lutyens, the India Gate and the Flame of the Immortal Soldier under the archway stand for the martyrs of India. It is a must see during Independence Day celebrations on August 15.

A most significant among the age-old, red-brick buildings in Kolkatas Bowbazar is the Santi Institute. The 100-year-old building of the Santi Institute is not just an iconic library of 41000 books of various genres but also a lesser-known historical place. Founded as a haven of peaceful reading after the First World War, the library was started with just 27 books and 21 young members. Gradually, it grew into a hub of stimulating discussions and animated debates among the then liberals, revolutionaries and freedom fighters. A favorite of Netaji Subhash Chandra Bose, the Santi Institute Library in Bowbazar was also frequented by Bipin Behari Ganguli, Surendranath Banerjee, the educationist Triguna Sen, the historian Ramesh Chandra Majumdar, and the the famous lawyer Radhabinod Pal. 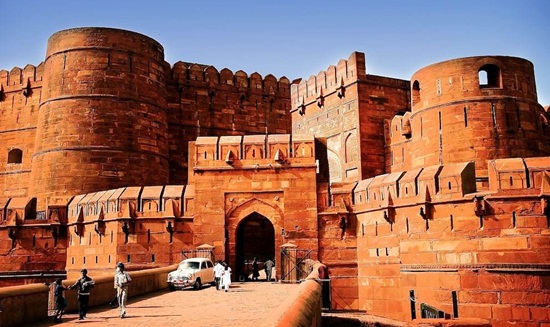 The Agra Fort, an integral part of the Mughal history of India, is associated with the history of British India as well. One of the world heritage sites recognized by UNESCO, the Agra Fort was the site of the Indian Rebellion of 1857. Also known as the Sepoy Mutiny, it was the first seed of the National Freedom Movement. Located by the Yamuna River, the fort features a unique blend of Hindu and Islamic styles in construction as well as design. 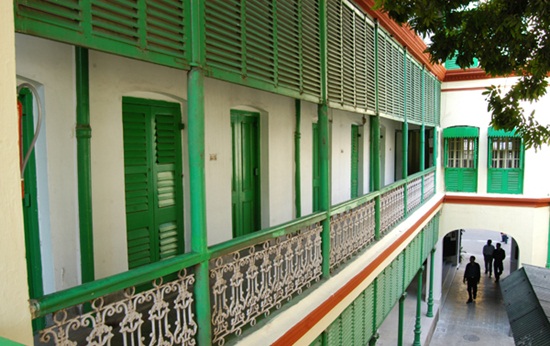 Netaji Bhawan or Netaji Shubhash Chandra Boses residence in Kolkata City is among the places that remind of British India, freedom fighters and national movement. It is the place where he was put under house arrest and where he escaped from to Berlin in 1941. A part of Netajis life, struggle and mission for freedom of India, the house has got a museum and a library today. 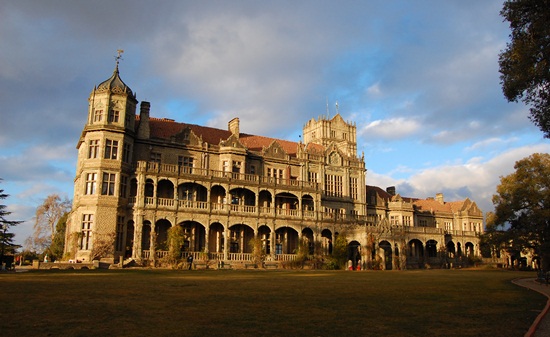 Viceregal Lodge, a splendid English Renaissance architecture of colonial times in India, is not just a tourist attraction of Shimla but also a historic place. Viceregal Lodge was the summer residence of Lord Dufferin, the Viceroy of British India, and the place where discussions on the most fateful India-Pakistan partition were held. Also known as Rashtrapati Niwas, this colossal landmark in Shimla houses a museum exhibiting some stories of Indian freedom movement.

Indian Eagle is a leading international travel organization booking cheap US to India flights online. Indian Eagle connects Indian Americans with India by celebrating whatever is Indian to the core.