The foundation stone for the INR 16,700-crore Navi Mumbai International Airport project has already been laid after nearly two decades from the time it was conceived. An ambitious dream of Mumbai City, the project will be completed in a phased manner from 2019 until 2031. Intended to ease the increasing load of passenger traffic on Chhatrapati Shivaji International Airport, Navi Mumbai Airport will be built on lines of the world’s most developed city airports. Below are some of the interesting facts about Navi Mumbai Airport project, which is part of India’s largest planned city, Navi Mumbai. 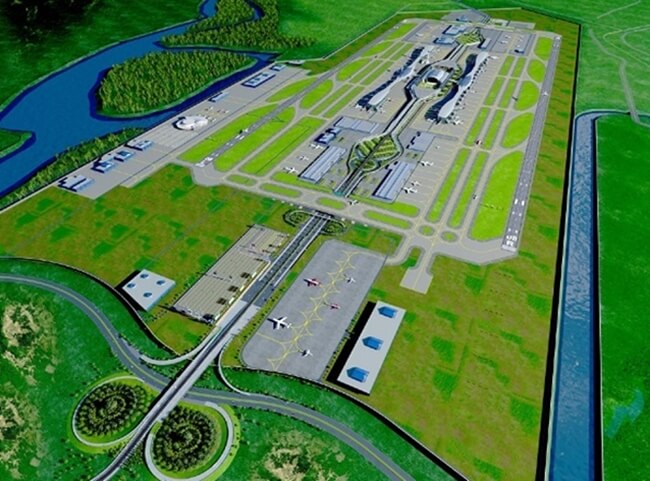 INR 16,700 crore is the total cost estimate for the construction of Navi Mumbai International Airport. The ongoing construction of the first phase of the NMI airport would cost INR 6000 crore, which is expected to be completed by the end of 2019. The City & Industrial Development Corporation (CIDCO) has allocated INR 3,420 crore for the pre-construction work like leveling the land. The compensation package for rehabilitation of nearly 3500 families in ten villages in and around Navi Mumbai, which have been affected due to the land acquisition, is estimated at INR 520 crore. The GVK Group which operates Mumbai CSI Airport will reportedly invest INR 4000 in the first phase of the project.

Unlike Mumbai CSI Airport, the second Mumbai International Airport will have two parallel runways measuring 3810m x 60m each. The runways will be 1550 meters apart from each other and have full-length taxiways on both sides. The terminal building of Navi Mumbai Airport will be built over an area of 2,700,000 square feet. The cargo area of the airport will spread over 1,000,000 square feet. A 90-m tall hillock at the Navi Mumbai Airport site is being demolished to prepare the land for runways and terminals. Major international airlines’ new-gen aircraft like Boeing 747-8 and Airbus A380 operating business flights to Mumbai will be able to land and take off here as per the Navi Mumbai Airport plan.

On completion of all four phases of the Navi Mumbai Airport project by 2031, the airport’s traffic-handling capacity will be more than 60 million passengers. With one runway and one terminal building which are expected to be built at the first phase by the end of 2019, the airport will handle 10-million air passenger traffic which will go up to 25 million at the second phase in 2023 and 40 million at the third phase in 2027 and 60 million in 2031. Mumbai International Airport (BOM) has been handling over 40 million passengers beyond its capacity since 2016.

The area around mainland Navi Mumbai across the Mumbai Harbor is the location of Mumbai’s second international airport (NMIA). Deemed as a Greenfield airport, Navi Mumbai Airport will spread over nearly 2900 hectares (7200 acres), including an area of 1160 hectares for the construction of airport terminals. Navi Mumbai Airport’s distance from Chhatrapati Shivaji International Airport is 35kms along the National Highway 4B which will facilitate primary access to the airport in the east. There is supposed to be a 10-lane road to the new airport terminal building. The proposed Mumbai Trans Harbor Link (MTHL), a 22-km, 6-lane road bridge will connect the new airport in Navi Mumbai with the mainland of Mumbai City.