Mother Teresa, who breathed her last in 1997, will be conferred on sainthood on September 4 in Vatican City, Italy. Indian’s first Nobel Laureate in Peace, she was the mother of orphans and foundlings. A film festival on Mother Teresa’s glorious life and noble teachings will be held in 50 countries including India to mark her canonization in September 2016.

Kolkata is the first to host the Mother Teresa International Film Festival for three days commencing on August 26 since Kolkata was the epicenter of Mother Teresa’s worldwide philanthropic work for street children. After its inauguration in Kolkata, the film festival will travel across India and then around the world for the next 6 months. 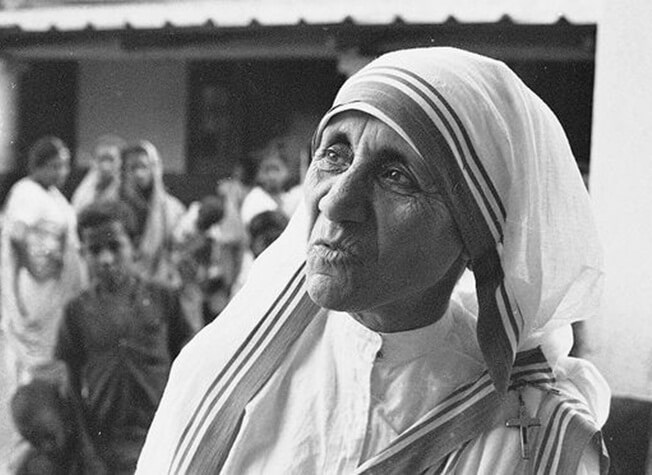 Organized by the World Catholic Association for Communication’s India Chapter, the film festival will be screening a repertoire of 20 movies including feature films and documentaries based on the enlightening, inspirational stories of Mother Teresa’s life. The list of films for screening has not been finalized yet. It will include two films for world premieres.

Memories of Mother and Love Till It Hurts are the two films selected for world premieres during the fourth edition of the Mother Teresa film festival. The former is directed by a filmmaker from London and the latter is made by Pauline Sisters.

Most of the movies to be screened are documentaries either based on or inspired by the eventful life of the Roman Catholic Nun who spent her life in India from 1929 till her last breath in 1997. Making of a Saint and In the Name of God’s Poor are the most remarkable documentaries on her. Charlie Chaplin’s daughter Geraldine played Mother Teresa in both.

Apart from the films on Mother Teresa, the film festival will also screen few movies like My Karma, a Bengali film, which embody her noble teachings.

Mother Teresa is a true embodiment of selfless service and charity to the poor worldwide. The objective of the Mother Teresa International Film Festival is to awaken and inspire people the world over with her noble teachings and deeds. – Sunil Lucas, the festival director

Travel Beats is a digital portal for Indian Diaspora by IndianEagle, a leading international travel organization for the Indian Community in USA. Subscribe to Travel Beats for interesting stories and latest updates from USA and India.