Since 2015, Air India has been introducing a new route for nonstop US to India flights almost every year. Air India is bidding goodbye to 2018, with the launch of nonstop flights from New York to Mumbai to the pleasure of the growing Indian community in the Northeast USA. Air India’s new nonstop service from New York JFK Airport to Mumbai CSI Airport comprises three weekly flights operated on Wednesday, Friday and Sunday.

The inauguration of nonstop Air India flights between New York (JFK) and Mumbai (BOM) was marked with a cake cutting ceremony on December 7, 2018. New York-Mumbai nonstop service will complement the existing nonstop flights from New York to New Delhi and from Newark to Mumbai in Air India’s growing US-India travel network. 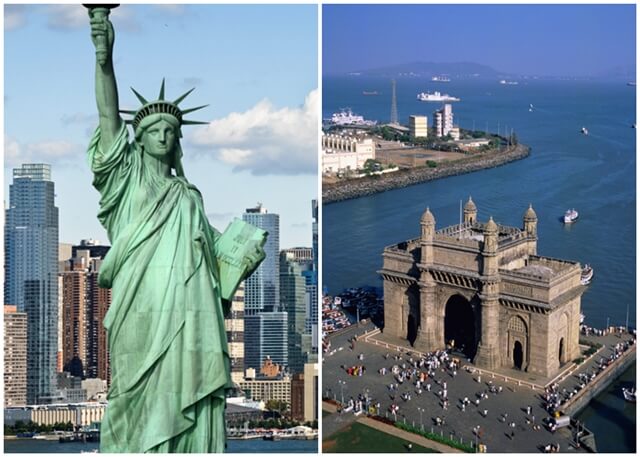 Business class seats on Air India’s Boeing 777-300ER for JFK to BOM nonstop flights are similar to the seats in Boeing 787-8’s business cabin. Air India also operates New York JFK to Delhi IGI flights with Boeing 777-300ER, on which both business and economy seats are comfortable, according to many travelers from the US.

“Our Indian customers in Washington DC, Connecticut, Massachusetts, Philadelphia, Virginia, Maryland and Maine are happy about the seamless connectivity to Mumbai from John F. Kennedy Airport, as they can easily reach New York by road,” said the chief customer relations officer of IndianEagle.com, a most trusted air ticketing agency for Indians in the United States.

One thought on “Air India Launches Nonstop Flights from New York to Mumbai This Month. It Takes Only 14h 25M”