Kolkata Tram is one of the few historic entities without which Calcutta, the first capital of British India, cannot be pictured. It has witnessed the city’s uphill journey from the rebellious Calcutta to the peaceful Kolkata. Though a thing of past in other Indian metros and an object of disdain to urbanites today, trams still exist as a heritage of Kolkata and a reminiscence of Calcutta. The oldest operating public transport in Asia, Kolkata Tram has been on the run since 1867, through modifications.

In 2015, Dibakar Banerjee’s film Detective Byomkesh Bakshy featuring Kolkata trams with the 1940s’ black & white advertisements had revived the hopes to restore the tram’s faded glory. We at IndianEagle take on the eventful journey of Kolkata Tram from a need of the colonial times to a heritage of the 21st century. 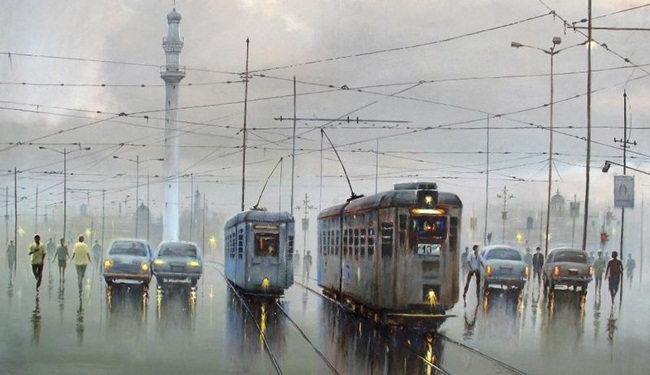 Kolkata owes the glory of this heritage to Lord Curzon, the then Viceroy of India. Lord Curzon, whose name is infamous for the partition of Bengal (then undivided) in 1905, was the master brain behind the inception of Kolkata’s electric tram service in 1902. Swift transport of goods from ports to the spots of East Indian Company, and fast movement of police contingents to the sites of anti-British activities were his primary motives to set up electric tramlines across the city.

The first tram in Kolkata was a horse-drawn car. It was introduced to the then Calcutta in 1867. The horse-drawn tram cars were imported from England. – IndianEagle 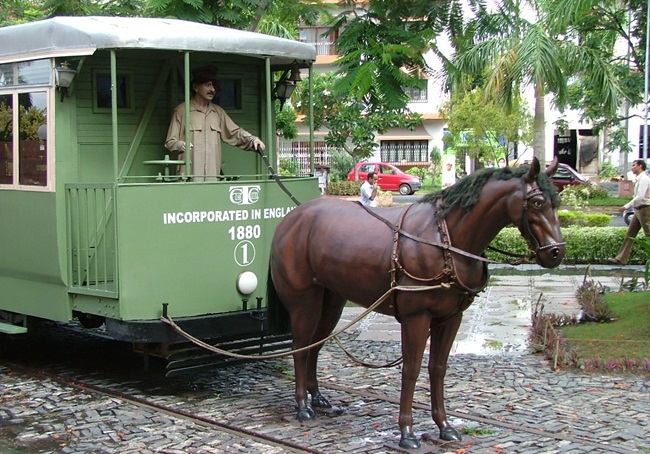 Though tram is identified as one of the unique icons of Kolkata today, it was disregarded as a British import by revolutionaries of the colonial times. Many tram cars were set ablaze as a mark of protest against the British rule in Bengal. The then Calcutta police used the tram service for quick conveyance to the sites of Hindu-Muslim riots in the city during the pre-Independence era. Even mass agitation against increase of fares by only one paisa resulted in setting fire to many trams, after Independence.

READ MORE Calcutta in the 1960s

Electric tramline was the transport lifeline of Kolkata till 1920. Even after the introduction of public bus on the protest-hit streets of the then Calcutta (during the National Freedom Movement), tram was the most reliable public transport. Most of the tramlines were laid and extended that time. Kolkata’s tram service was smooth till the 1960s in the pre-Independence era. Around 300 trams used to run between Kolkata and Howrah till 1950. 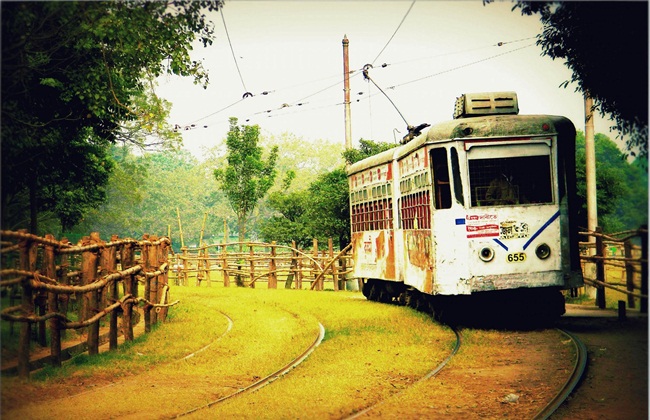 With other modes of public transport hitting the city streets in both developed and developing countries, the dominance of Kolkata Tram began waning by the mid of the 1950s. India, too, caught the anti-tram sentiment which spread out to metro cities from Kanpur. Kanpur was the first Indian city to have closed the tram service in 1933. Chennai (then Madras), Delhi, and Mumbai (then Bombay) bade goodbye to tram in 1955, 1962 and 1964 respectively.

But Kolkata, the city of nostalgia, did not give in to the demand for removal of tramways from the surface. The tram in Kolkata survived throughout the period of automobile boom across India and is still active in some parts of the city. Though the tram service network has shrunk under pressure of urbanization, it cannot be uprooted from the being of the city. 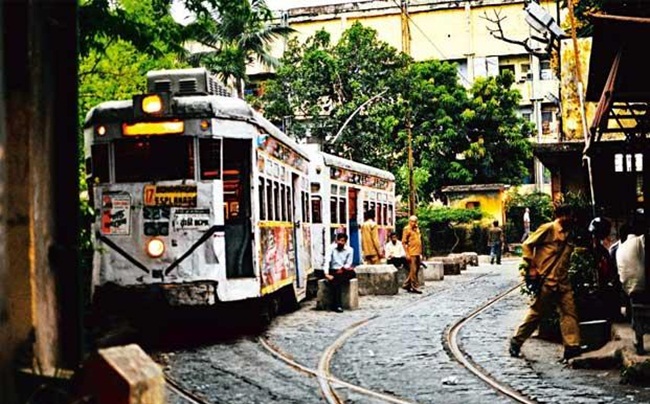 Today, many do not know that the Howrah Bridge, the primary link between the cities – Kolkata and Howrah – over the Hooghly River (another name of the Ganges), used to have tramlines. Only 22 years ago, tram tracks were removed to pave the road for buses, cars and trucks on the Howrah Bridge, in 1993. Currently, 125 trams are operational for daily service.

Travel Beats is a culture and news magazine by IndianEagle, a leading travel organization for Indian Diaspora. Travel Beats publishes interesting stories and features from India and USA. Subscribe to our free newsletter and don’t miss the latest updates.