While Indians worldwide are busy tuning to Nobel Laureate Abhijit Banerjee’s view on the sluggish economy of India, and India is busy rejoicing in its new Guinness World Record for the Deepotsav of Ayodhya; two Indian American researchers have made a breakthrough in artificial intelligence for accurate detection of the most complex brain hemorrhage cases. The AI system developed by them can help save lives in seconds by facilitating accurate detection of brain hemorrhages in the nick of time. 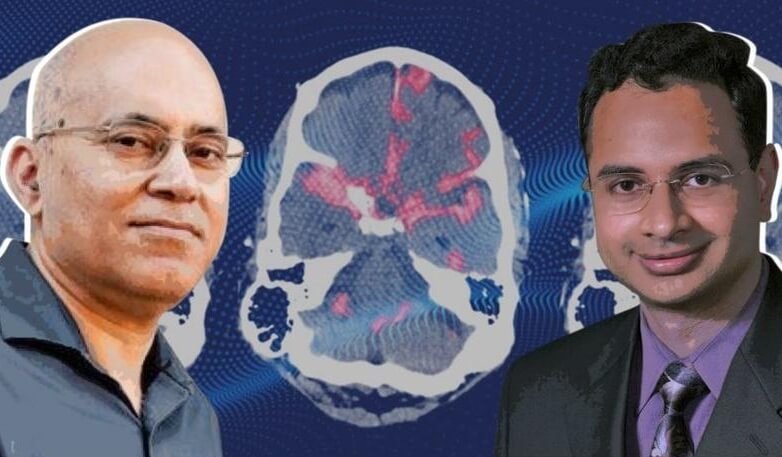 When it comes to saving lives in case of medical emergencies, even a split second matters. Professor Jitendra Malik and Dr. Pratik Mukherjee’s AI-based convolutional neural network, fed with the data of over 4396 CT scans, is potential enough to detect hemorrhage and identify abnormalities in the brain with such remarkable accuracy that it can give a run to highly trained radiologists.

Given the number of people suffering from traumatic brain injuries and succumbing to hemorrhage before it is detected, the Indian American researcher duo from the University of California took up it as a major subject of research on AI in medical diagnosis.

Born in Mathura, Jitendra Malik is the Arthur J. Chick Professor of Electrical Engineering and Computer Sciences at UC Berkeley. A PhD alumnus of Stanford University, he is also the director of AI research at Facebook’s headquarter in Menlo Park where he mentors an in-house team of researchers and engineers in computer vision, robotics and machine learning.

A Presidential Young Investigator Award 1989 winner, Professor Jitendra Malik has been a mentor of over 60 PhD students and postdoctoral fellows, most of who are on the faculty at leading universities in the US and beyond. Known for his research on computational modeling of human vision, he is a fellow of the American Academy Arts and Sciences, and a member of the National Academy of Sciences.

Dr. Pratik Mukherjee, a PhD alumnus of New York’s Rockefeller University, is best known as a pioneer in the study of the brain. He is the Director of the Center for Imaging of Neurodegenerative Disease and the Neural Connectivity Lab at the University of California, San Francisco. His primary field of research is advanced imaging of neurocognitive disorders caused by traumatic brain injury and such conditions as Alzheimer’s disease. He has also studied advanced imaging methods and their clinical applications for mapping the structural details and mechanism of human brain.

His research is also focused on how to tailor treatments that people with varying levels of traumatic brain injury require. He studies patients over a period of time to learn how traumatic brain injury affects their cognitive abilities including thinking. Most of his studies have been conducted at the San Francisco VA Medical Center, the United States’ best place for brain surgeries.

“Is AI better in finding brain hemorrhage than radiologists” is the question that Professor Jitendra Malik and Dr. Pratik Mukherjee’s AI-based system has brought to the fore. However, they have assured that their AI development is neither a replacement of nor an alternative to human experts. Rather, it is aimed at helping doctors detect hemorrhage in no time and save lives with timely treatment.