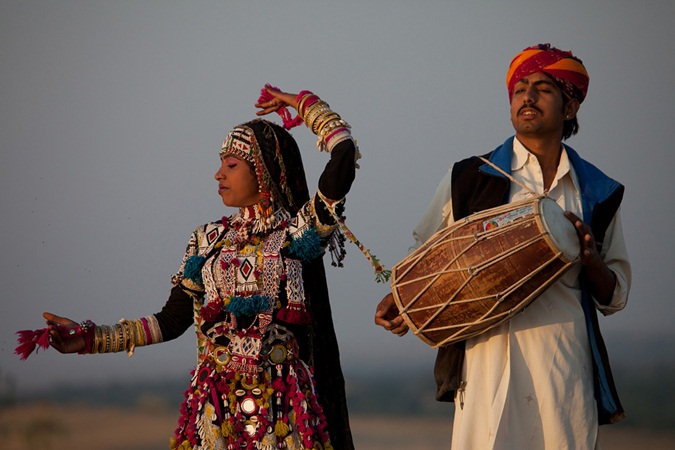 The gypsy tribe of Rajasthan is one of the nomad or vagabond communities in India. The origin of the tribe dates several centuries back. The people of this Rajasthani tribe belong to the lowest step of the socio-cultural and socio-economic ladder. They live a nomadic life and travel like a caravan from place to place. There is no permanent residence for them. They sleep under the open sky some times and in the shade of trees at times. 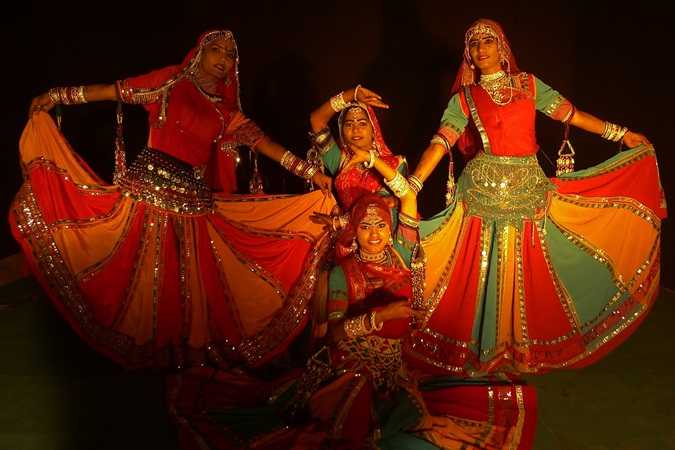 With the disappearance of royalty from Rajasthan, these tribal people have stooped to utter poverty. They have lost patronage and consequently, their traditional and decent livelihood that is live performance for entertainment at majestic palaces as well as forts. Today, they are street performers on the move. They perform to entertain a common lot, not a royal audience, in the fairs and festivals of Rajasthan. That is why the gypsy men and women of the Bopa and the Kalbeliya have become a common face of Pushkar Camel Fair in the sands of Rajasthan.

INFOGRAPHIC  The Story of Chittorgarh Fort

The Kalbeliya has many female dancers who perform and entertain on any occasion of joy in their community. Dancing is unique to their socio-cultural identity. Once a matter of cultural pride and recognition of the communal identity, dancing helps the Kalbeliya women make their ends meet. The Kalbeliya men became snake charmers for the sake of survival in the changing socio-economic scenario. 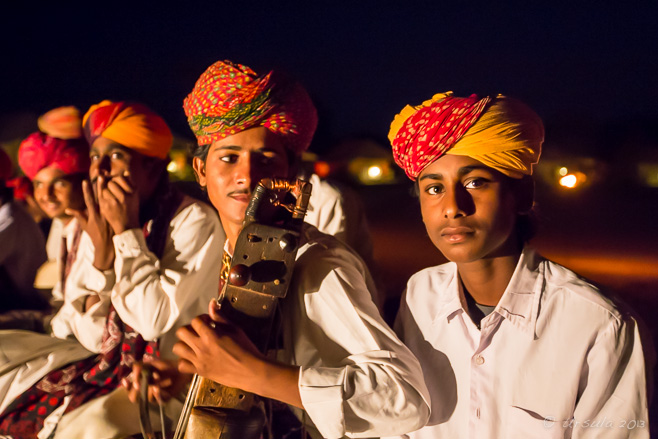 The swirling moves that gypsy women make while dancing resemble to the movements of snakes. The serpentine style of their dance is sensuous at times. They gracefully spin around themselves putting the entire body weight on their ankles. The way the gypsy women of Rajasthan are dressed is a kaleidoscopic magic of embroidery in different hues. Their red, black, yellow and orange outfits camouflage with the colorful milieu of Rajasthan. They are often referred to as queens of the desert.

READ  The Haunting Stories of the Haunted Fort

The gypsy men are accomplished masters of folk music. They have genetically inherited the art of playing different musical instruments including dholak, been, khanjari, pungi, morchang, and khuralio. The been is played to enchant and tame snacks. The khanjari is a percussion instrument, and the pungi is a woodwind instrument. The women perform in rhythm of the music produced by the men. The harmony of their performances is amazing! 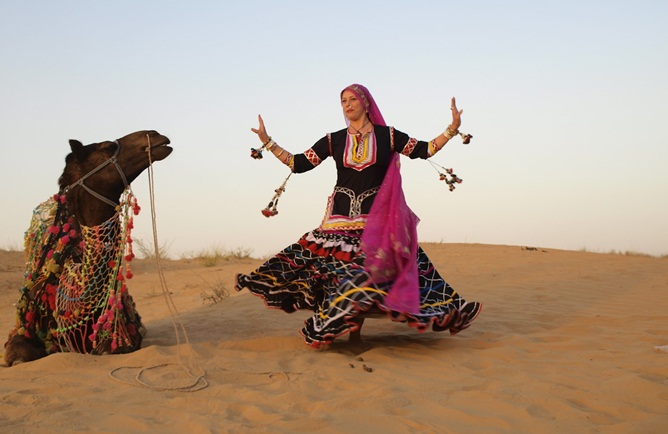 The gypsy men are no less wonderful than their counterparts in look and appearance. They cover their heads with colorful turbans, which steal the show even from a distance. The piece of the garment that they wear on the upper part of the body is richly embroidered and embellished with delicate mirror work. Both men and women of the gypsy tribe wear plain silver jewellery.

The theme of the Kalbelia songs is inspired by the stories from the folklore of Rajasthan. Some in the gypsy tribe are blessed with the rare talent of composing lyrics for songs. The gypsy music passes through generations like an art of inheritance. In 2010, the UNESCO incorporated the folk songs and dance forms of Rajasthan from the Bopa and the Kalbeliya into its Intangible Heritage List. 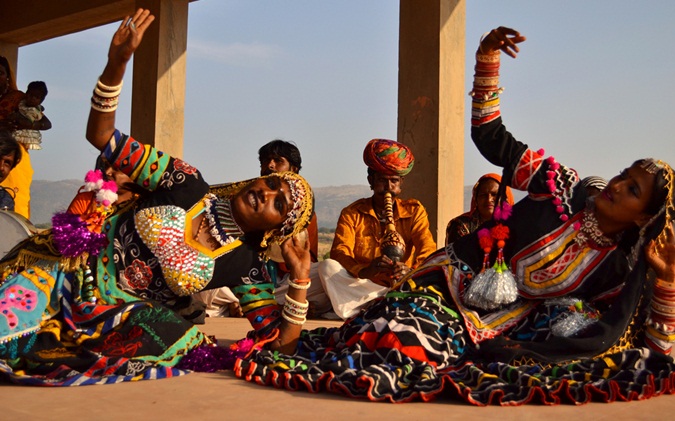 A majority of the gypsy population in Ajmer, Chittorgarh and Udaipur belongs to the untouchable caste, which keeps them off from the mainstream society. The Satiyaa group of the gypsy men and women from Rajasthan celebrates death and mourns birth, contrary to the normal system of society. The death of any family member calls for celebration among these gypsies of Rajasthan. A procession of dancers, singers and drummers is organized to take the dead to the funeral ground for crematorium.

One thought on “Rajasthan’s Gypsy Tribe: Interesting Facts about Kalbeliya Music and Dance”