“Sundar has been doing a great job as Google’s CEO, driving strong growth, partnerships and tremendous product innovation,” said Larry Page, a co-founder of Google and the CEO of Alphabet, in a media release.

Sundar Pichai, the first India-born CEO of Google, got a seat on the board of directors of Alphabet, Inc., the parent company of Google and other businesses, in 21 months of his taking charge as CEO of the search giant in USA. Joining the Alphabet board of directors is another big milestone in his inspiring career journey from Chennai to California. 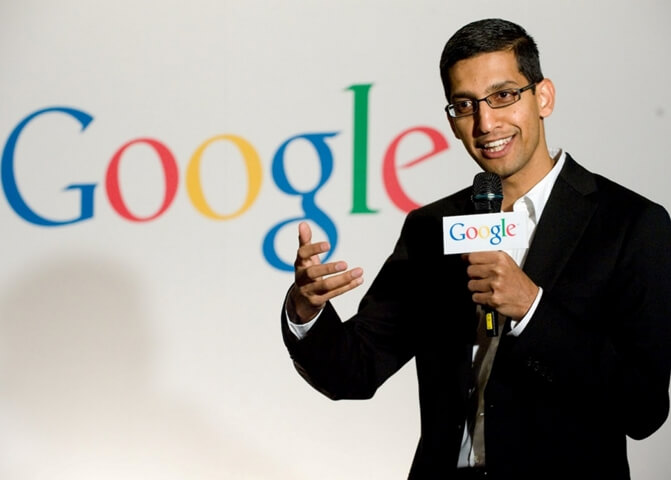 Since Sundar Pichai put on the hat of Google CEO, the search engine has made a tremendous growth. The things have fallen in place as per his vision at Google, whereas the projects undertaken by Alphabet, including self-driving cars, have gone through testing times. Google’s stocks have shot up by 57% under his leadership as CEO. Google still generates a major pie of revenues for Alphabet from digital and mobile ads.

A graduate of IIT Kharagpur in India and Stanford University in California, Sundar Pichai is one of the few Indian American professionals whose contribution to the American culture of innovation is undeniably immense. – Indian Eagle

It was within 21 months of Sundar Pichai’s promotion as CEO of Google that Alphabet Inc. ventured into hardware business and launched high-tech devices such as Pixel smartphones in the global hardware market. Sundar Pichai’s vision has been a driving force pushing Alphabet Inc.’s hardware innovations to penetrate the market dominated by Microsoft.

What made Sundar Pichai a member of Alphabet Inc.’s board of directors, is a remarkable increase in Google’s revenue from advertising under his stewardship. Google’s advertising revenue is currently estimated at $22.7 billion, an 18% rise from 2016, driven by a 52% rise in the number of paid clicks. Google is looking forward to generating about $50 billion from the mobile advertising space by the end of 2017.

An MBA from the Wharton School of Pennsylvania University, Sundar Pichai has been responsible for constant innovation of Google products since he joined Google in 2004. He pushed engineering innovation and research efforts beyond limits in Google’s various business areas including video, mobile, cloud and artificial intelligence. Joining Alphabet Inc.’s board of directors is a reward for his strategic contribution to the success of Google Android, Google Playstore, Google Maps, YouTube, Google Chrome and Google Search.

As the 13th member of Alphabet Inc. board, Indian American Sundar Pichai is expected to spearhead the growth of Alphabet as a whole and beat competition from Microsoft and Amazon. Pichai’s leadership is a much-needed accelerator for Alphabet Inc. to realize its vision of being a market leader and reach its goal of annual $100 billion profit.