An Indian American victim of hate crime and discrimination in USA is running for a key post in the Civil Rights division of the US Department of Justice. An accomplished lawyer and Senior Republican leader from California, Harmeet Dhillon has gone through the rounds of interview with the US General Attorney Jeff Sessions. If nominated by President Donald Trump, she would replace Vanita Gupta, an Indian American, who helmed the Civil Rights division in the Department of Justice during the Obama regime.

The Civil Rights Division was set up in 1957 aiming to uphold and protect the civil as well as constitutional rights of all Americans, particularly vulnerable citizens and minorities, regardless of national origin, race, color, gender, religion, disability and financial status. If nominated, 48-year-old Harmeet Dhillon would be primarily required to restore immigrant citizens’ faith in their civil and constitutional rights by enforcing the federal laws to end discrimination and hate crimes in the US. 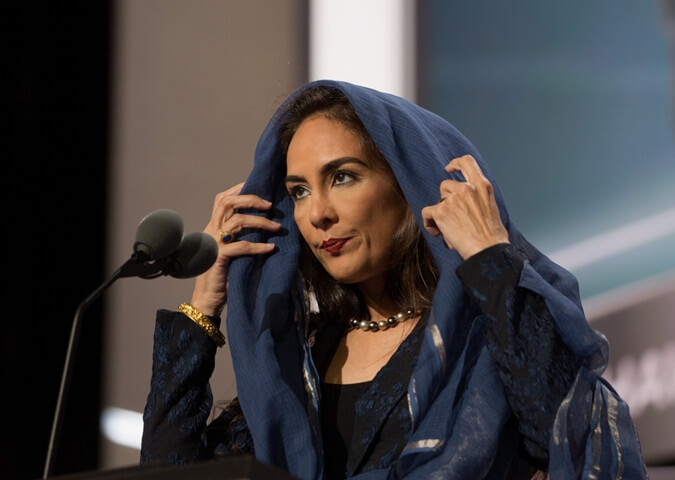 It is said that a victim can effortlessly empathize with another victim. Shaken by three successive incidents of hate crime in USA, the Indian American community is sanguine about the selection of Harmeet Dhillon for the Civil Rights Division in the Department of Justice. Born in Chandigarh, Harmeet herself was subjected to hate mongering when her ex-husband, a Sikh doctor, was shot and injured in a racist attack in 1995.

San Francisco-based Harmeet Dhillon was the first woman to be elected vice chairman of the California Republican Party. In July 2016, she was elected national committee woman of the Republican National Committee at the party’s state convention in May. She once financially contributed to Senator Kamala Harris’ electoral campaigns. She had expressed her desire to work in the Trump administration soon after Donald Trump’s presidential victory.

“She’s one of the best-known Republicans from the Bay Area. She’s a gift to the Republican Party because she’s quite brave and very articulate,” Shawn Steel, a national committeeman of the Republican National Committee, said about Harmeet Dhillon.

California Republican Harmeet Dhillon also suffered domestic violence in her first marriage with a doctor from India. “I was beaten to death,” she said uninhibitedly in one of her interviews. She graduated in law from at the University of Virginia after she divorced her abusive husband. The house party for a presidential debate between President George W. Bush and John Kerry that she hosted in 2004 proved to be a steppingstone for her career in US politics.

She was one of the few who worked hard to protect the civil rights of the Sikh community in USA after the September 11 terrorist attacks. She wrote legal memos for human rights organizations in the wake of hate crimes in USA following the 9/11 attacks.