The Federal Bureau of Investigation, headquartered in Washington DC, recognizes 56 influential people from different communities and honors them with the FBI leadership award in different categories every year. The award ceremony will be held in Washington DC in April 2017 when all of the 56 recipients will be offered a tour of the FBI headquarters. 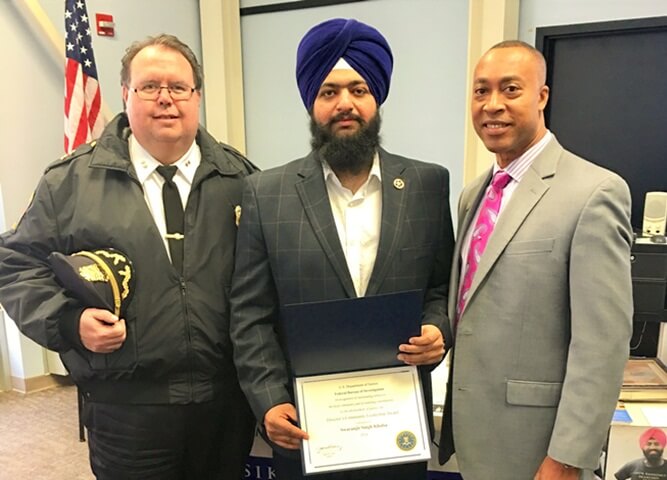 Swaranjit Singh Khalsa was nominated for the award by a US-based law enforcement agency for his impactful work on educating law enforcement officers about cultural diversity and differences in Connecticut in collaboration with the FBI. He was interviewed by the FBI officials on the impact of his work at the state level for the final selection.

A member of the City Planning Commission in Norwich, Swaranjit Singh Khalsa has been working towards mitigating hate crimes against the Sikh community in America since 2010 when he shifted to Norwich from New Jersey after completion of his graduation. He chose to do business and became owner of a shell gas station after his post-graduation in computer science.

He held the first Sikh awareness day in Norwich when he found to his surprise that drivers, vehicle owners and bikers went past his gas station to the next on seeing him wearing a turban. Like ripple effects of throwing a stone into water, the first Sikh awareness day resulted in subsequent efforts to make Americans understand the principles of Sikhism like compassion and service to humanity.

Swaranjit Singh Khalsa also works with the judicial branch of Connecticut to drive Sikh awareness campaigns across the state. His relentless efforts to save the Sikhs from hate crimes in America has started bearing fruits, which is evident from the growing Sikh population in Connecticut. Previously there were only three temples in the state. Now there are five. 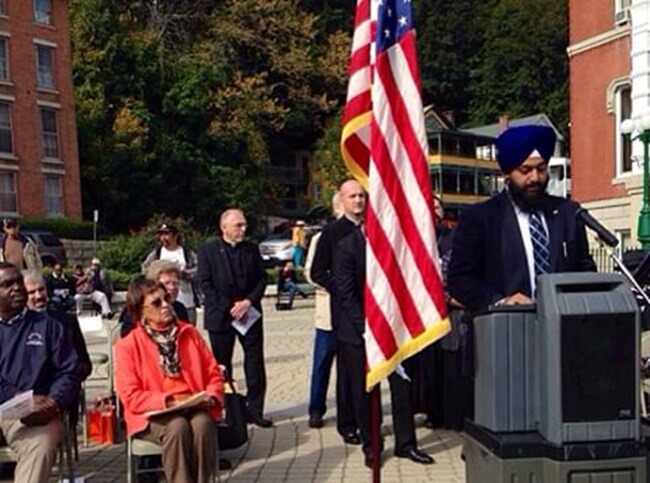 During Sikh awareness campaigns in Connecticut, he makes people understand that turban is not a mere religious symbol but a principal identity of the Sikh community. He also enlightens the law enforcement officers about the significance of Kirpan, an article of faith for the Sikhs worldwide, which is often wrongly treated as a weapon.

Post the 9/11 terror attacks in USA, Sikhs were confused with Muslims mostly because of their long beards. Swaranjit Singh Khalsa’s fight against hate crimes in America is not only for the people of his own community but also for Muslims and Arabs who are looked down upon for the savagery of a few perpetrators of terrorism.

This Indian American Sikh from Connecticut educates the law enforcement agencies also about the Sikh community’s contributions to the progress of USA in different niches, including the US military. Recently the New Jersey Sikh community distributed free meals to the needy and hungry in 80 locations across USA.

November was declared as ‘Sikh Awareness Month’ in the City of Norwich in 2014. It is observed every year.

Travel Beats is a portal for Indian Diaspora by IndianEagle, a leading travel partner of Indian Americans. Travel Beats publishes the latest air travel updates, news from India and stories of Indians in USA.