If you are not traveling to India this holiday season, you must know where to spend New Year’s Eve 2016 in USA. Needless to say, America is known for wild celebrations on the eve of New Year. After all, December 31 is the most awaited time to look back into what has gone past and make new resolutions for the New Year. Though most of the US cities are party capitals offering live music, street dance, dazzling fireworks and a lot more, we at Travel Beats handpick some of the best places to celebrate the eve of New Year 2017 and watch fireworks in USA for you. 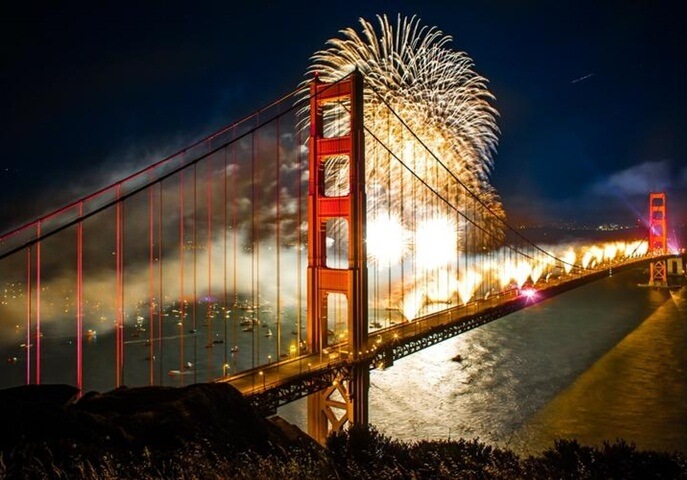 San Francisco is one of the best places in USA for firework celebration on the eve of New Year 2017. Spectacular fireworks between the Ferry Building and the San Francisco Bay Bridge fill the night sky with lots of gleams and glitters. The New Year’s Eve in San Francisco culminates in partying which keeps the city sleepless till wee hours.

Miami offers myriad places to spend New Year’s Eve 2016 and watch firework display. Apart from rooftop restaurants and galleries, Nikki Beach and Miami City Beach are the best spots to see the night sky light up on the eve of New Year 2017 in Miami. You can also join a cruise party to celebrate the New Year’s Eve in Miami. Needless to say, Miami is known for its vibrant nightlife. 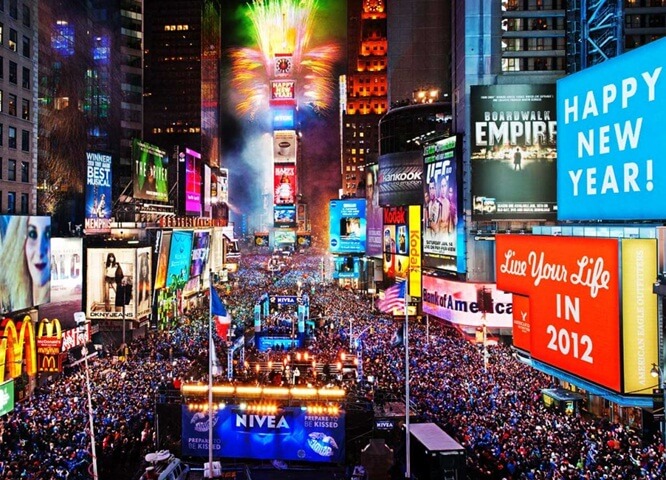 No need to wonder where to spend New Year’s Eve and watch firework display in America if you are in New York. The iconic Times Square in New York City is one of the best places for firework celebration on the eve of New Year 2017 in the US. The Times Square throbs as a partying zone with thousands of revelers ringing in the New Year. Several rooftop bars, lounges and restaurants, including Monarch Rooftop Lounge, in and around the Times Square offer mind-blowing views of fireworks at the Hudson River and on top of the Empire State Building. 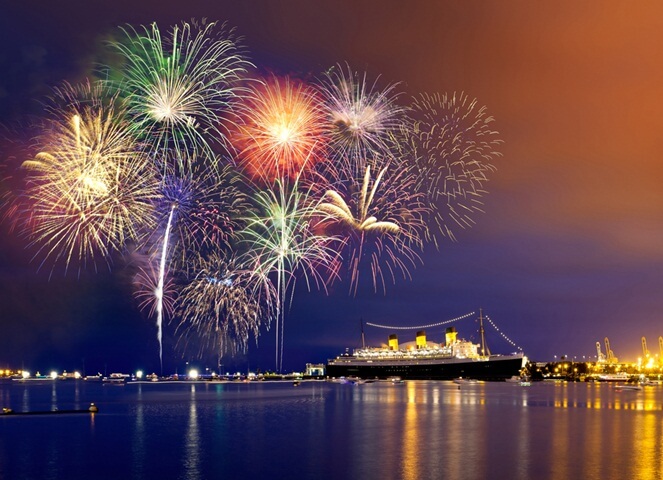 Los Angeles, the City of Hollywood, is undeniably where to spend New Year’s Eve in USA by clubbing, dancing, singing, lounging and dining in downtown. Grand Park is one of the few places to be for free events on the eve of New Year in Los Angeles. The Cleopatra’s Ball at the Egyptian Theatre in Hollywood is one of the most popular events to attend in the evening of December 31, 2016. The New Year’s Ball at the Edison in downtown Los Angeles is full of amazing performances. 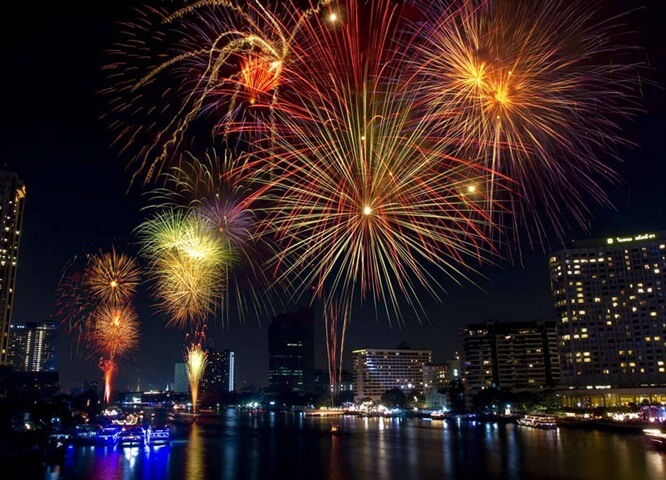 Chicago has been voted as one of the best places in USA for firework display on New Year’s Eve for years. The shores of Lake Michigan glitter with dazzling fireworks and throbs with cries of joy on New Year’s Eve in Chicago. The venues of music and dance at Chicago House rock with electrifying numbers played by international DJs, live Jazz shows and live blues plays from early evening till midnight of December 31. You can catch glimpses of fireworks at Navy Pier while enjoying cruise dining with your dear ones on Lake Michigan.

Atlanta has been ringing the bell of New Year with the Peach Drop on the New Year eve since 1989. What started as a trend of New Year eve celebration in Atlanta has become a tradition. Thousands throng at Underground Atlanta to catch views of the 800-pound peach fall from a 138-foot tower of lights. You can spend the New Year’s Eve 2016 by laughing out loud at Atlanta Comedy Theater in Norcross. Celebrity comedians will bring the house down to fill you with enthusiasm for a new year. 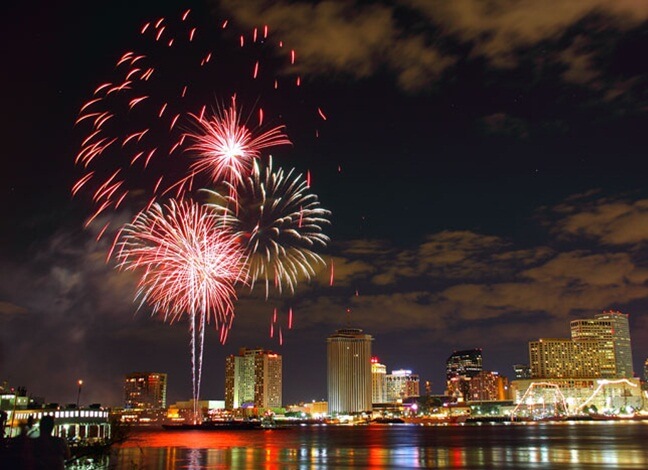 A blend of food, music, fun and firework makes New Orleans one of the best places to spend New Year’s Eve in USA. Revelers rock the December 31 evening from Bourbon Street to Jackson Square with live music and street dance. No wonder where to spend New Year’s Eve 2016 in USA if not in New Orleans where sparkling fireworks light up the sky over the Mississippi River for the New Year celebration.

Among the best places for firework celebration on the eve of New Year 2017 in USA, Portland is dotted with a great number of nightlife venues for fun and entertainment. The city hosts some epic balls on New Year’s Eve.  The Portland Champagne Ball is one of the most popular celebration parties in the evening of December 31 in Portland. Portland offers whatever you are looking for a high time on New Year’s eve in the Pearl District.

Travel Beats is a portal for Indian Americans by IndianEagle, a leading travel partner of Indians in USA. Travel Beats publishes the latest news and stories from USA and India with regard to Indian Diaspora, air travel, young Indians, philanthropy and tourism.