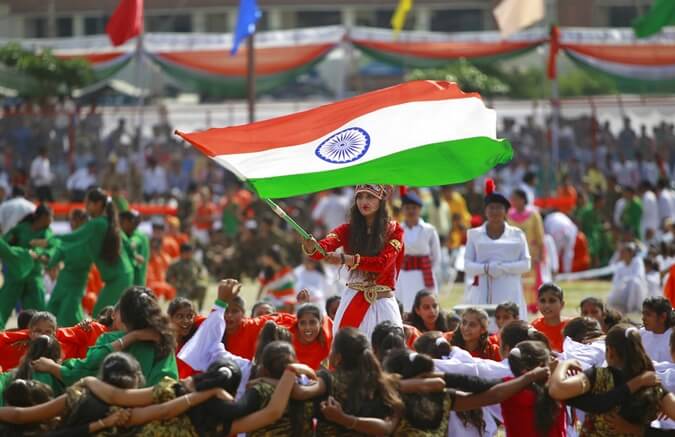 The New York Indian Day Parade is a special mention among the India Independence Day events 2019 in the United States. Scheduled to be held at Madison Avenue on August 18, the NYC Indian Day Parade is as important as Diwali for Indians in New York. Attended by a crowd of over 150,000, the celebration features the India Temple Organization Band playing the national anthems of both the nations during a spectacular procession. Initiated in 1981 and organized by the Federation of India Association, the India Day Parade NY was previously attended by some of India’s greatest legends from different walks of life, such as Raj Kapoor, A R Rahman, Anna Hazare, Ramdev Baba and Virendra Sehwag. The leading cast of Raja Mouli’s Bahubali made it to the NYC Indian Day Parade in 2017.

Since the 50th Independence Day of India, Atlanta has been celebrating the Festival of India as one of the biggest Indian Independence day events in Georgia, USA. One of the best Atlanta Indian events in 2019, the Festival of India is a cultural celebration of Indian history and heritage. Organized by the India American Cultural Association, the 23rd Atlanta Festival of India 2019 is scheduled to be held on August 3 at Infinite Energy Center. With music, shopping, feasting, cultural performance, yoga, seminars and kids’ activities on the card, Atlanta’s 23rd Festival of India will have such prominent figures as the Consular General of India, Atlanta; Brian Kemp, the Secretary of Georgia; and US Congresswoman Karen Handel.

Organized by the Indian Association of Greater Boston, India Day Festival 2019 is one of the major Indian events in New England. Boston India Day Festival to be held on August 20 at Boston City Hall Plaza features some of the best cultural programs and performances, according to Aditi Taylor, the IAGB President. Awarding the Youth Excellence Award to the local community youths for their active volunteering, humanitarian activities, or noble innovations is what makes India Day Festival one of the best Boston Indian events in 2019. “Unity in Diversity” was the theme of Boston’s Indian Independence Day celebration in 2017.

Indian Independence Day 2019 events in Illinois, USA include the most spectacular India Day Parade in Chicago. Organized by the Indian Community Outreach Organization, Chicago India Day Parade & Celebration 2019 features a host of entertaining programs including fashion show and talent competition in the schedule. A parade with decorated floats, traditional Indian food, classical dance performance, modern music bands and fireworks are some of the attractions of the 5th Indian Independence Day celebration by Indians in and around Chicago. Sunidhi Chauhan, an eminent Bollywood singer, will entertain attendees at the Chicago India Day Parade & Celebration on August 11.

Celebrating whatever is Indian in and around Fremont is the objective of FOG India Day Parade 2019 in Fremont, California. One of the best Indian Independence Day events in USA, Fremont’s FOG India Day Parade 2019 will take place on August 18 at Paseo Padre Pkwy. With over 150,000 people being expected to turn up this year, the celebration is a standout for its amazing program schedule including movie screening, storytelling contest, dance competition, and a spectacular procession of colorful floats and open-top cars. Indian celebrities like Amitabh Bachchan, Sushmita Sen, Mallika Sharawat, Randeep Honda and Sonu Sood graced the celebration in the past.

The Los Angeles India Independence Day 2019 celebration will feature a free health fair sponsored by Turkish Airlines. In 2017, the Indian Association of Los Angeles had Emirates Airlines as one of the sponsors for the event.

The Parade of India 2019 is what Indians in Austin, the Capitol of Texas, are gearing up to with lots of enthusiasm. Scheduled on August 10, the Parade of India in Austin is a collaborative initiative by the Indian American Coalition of Texas and Hindu Swayamsevak Sangha. A kaleidoscopic celebration of India’s cultural diversity represented by the Austin Indian community, the event features a schedule full of cultural performance, national anthem recitals, culinary contests, motivational speeches, etc.

The India Festival of Portland is one of the most popular Indian Independence Day celebrations not only in Oregon but in USA. Organized by the India Cultural Association (ICA), it is a meeting point for Portland Indians to get together and celebrate their roots. Unlike other Indian events in Portland, Oregon, the Pride India Festival 2019 is out and out a cultural gala with an array of activities including live music, dance performance, rangoli making, kids’ craft workshop, gastronomic euphoria, etc. Get ready to be part of the festivity on August 11 at Pioneer Courthouse Square.

Indians of Michigan get together to celebrate the Indian Independence Day as India Day in Novi, only 25 miles away from Detroit. Organized by India League of America (ILA), the India Day Michigan 2019 is more or less the same as other Indian Independence Day events in USA. Food, music and dance are the major draws of the event which is to be held on August 17 at Suburban Collection Showplace, Novi.

India Independence Day 2019 in Jacksonville is one of the best Indian events in Florida this year. The pre-event activities will be held on August 11, and the main celebration will take place on August 18 at Robinson Theater, UNF. The pre-event activities include flag hoisting, quiz, public speaking competition, poetry recitation for kids, etc. Saare Jahaan Se Achaa is the theme of the main celebration of India Independence Day 2019 in Jacksonville. There will be a consular services camp at the event venue. Those willing to participate in the cultural activities should register by July 31.

Brought to you by Indian Eagle Travel, the above listing of the Indian Independence Day celebrations in USA is neither sponsored by any of the event organizers, nor endorsed by us.