Seven Indian American students stood out with flying colors in the 2016 National Geographic Bee competition. Rishi Nair from the state of Florida won the competition this year. He is followed by two other Indian American boys, Saketh Jonnalagadda and Kapil Nathan, who stood second and third respectively. 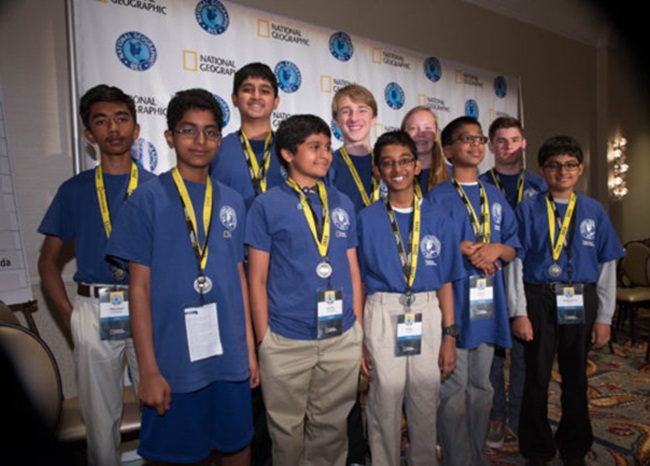 Rishi Nair is a sixth-grader at William Lincoln Magnet School in Plant City, Florida. The runner-up Saketh Jonnalagadda is an 8th grader at Stony Brook Middle School in Westford, Massachusetts. The second runner-up Kapil Nathan is a 6th grader from Hoover in the state of Alabama. 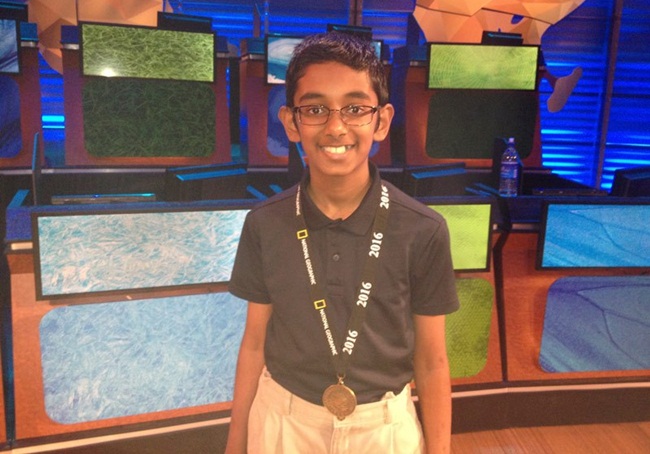 Almost 3 million students from 11,000 schools across the US took part in the 2016 National Geographic Bee competition. The final round which was held today in Washington DC will be aired on the National Geographic Channel and Nat GEO WILD on Friday, May 27.