Home / News / Breastfeeding in Public is Finally Legal all over the United States, with Utah and Idaho on Board

Is breastfeeding in public legal or illegal for mothers? It has widely been debated despite breastfeeding being a fundamentally natural act for women in general. Since Kelda Roys, a Democratic politician in the US state of Wisconsin breastfed her 4-month-old baby in her video campaign ad which was released in March this year, the waves of support to mothers’ basic duty in public have gone higher and higher. Finally, breastfeeding in public is legal across the United States.

The states of Utah and Idaho joined the rest of the country by legalizing public breastfeeding as a decent act and protecting the breastfeeding women from charges of immodesty. 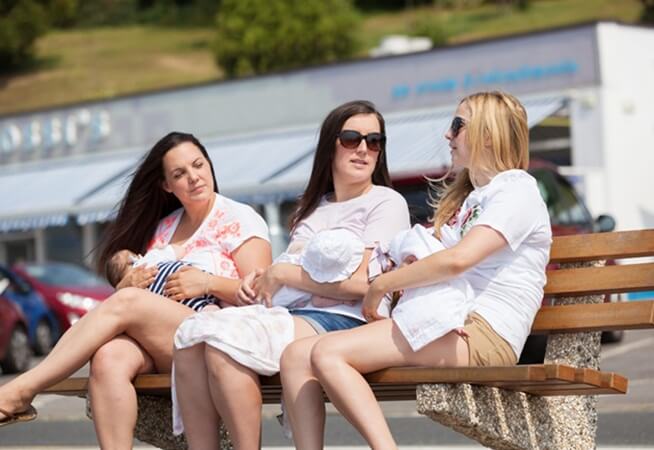 The whole of America permitting public nursing legally is being lauded as a landmark move on one hand. On the other, intellectuals and activists find it shocking that the United States despite being a developed country took so many years to legalize a natural practice. Australia made public breastfeeding legal in 1984, followed by the United Kingdom in 2010.

A majority of Twitteraties has raised a question, “Why is legal protection required for mothers to perform an act as humane as feeding a child in public?”

“Public breastfeeding in India is neither legal nor illegal. In fact, there is no legal statute dealing with it in India. Social acceptance of breastfeeding in public varies in different parts of the country. It is quite prevalent in rural India where women working in the field breastfeed their babies in public. It is not uncommon in urban India where daily female wagers nurse their infants while at work. While it is natural for women in the lower economic sections of Indian society, women from the upper economic reaches feel embarrassed about it,” remarks Sourav Agarwal, Editor of Travel Beats, an Indian Community Portal by Indian Eagle Travel.

Also Check: 8 Indian-origin Students Selected for Internship in US Congress

Republican Paul Amador who sponsored the bill to legalize public breastfeeding in Idaho is sorry about the delay in bringing the bill into effect though it was unanimously passed in March 2018. He also expressed his remorse for the lack of legal protection for nursing mothers in the past in his state. But, the same bill was initially opposed in the US state of Idaho. Since there have been fewer women to represent in the state legislators, legalization of public breastfeeding was not enforced previously.

At the same time, the state of New York has been directed to have breastfeeding rooms open for the public in all the state buildings from 2019.

When Australian Senator Larissa Waters made history by breastfeeding her infant daughter on the Parliament floor during a session in May 2017, New York-based Journalist Jill Filipovic comments, “If we want women in halls of power, we must change norms about what it means to work while female.”