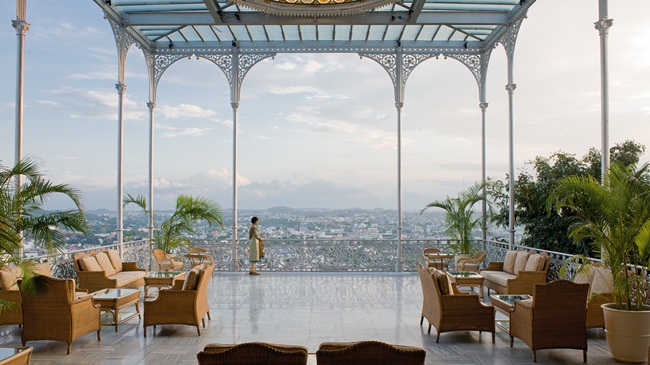 Taj Falaknuma is one of the few Indian heritage palaces with a glorious history of the royal era. A priceless inheritance of the princely state of Hyderabad in British India, the palace was a regal residence of Nizam Mehboob Ali Khan Bahadur. ‘Falak-numa’ is an Urdu word meaning ‘Like the Sky’ or ‘Mirror of the Sky’. It is as grand and spectacular as the Buckingham Palace in London. Brilliant in design and luxurious in décor, the palace stands tall commanding an awe of its being a rare architecture. Only five kms away from the Charminar, Falaknuma Palace is a must visit. Travel Beats shares the most interesting facts about Taj Falaknuma Palace to make you understand why it is one of the best in the world. 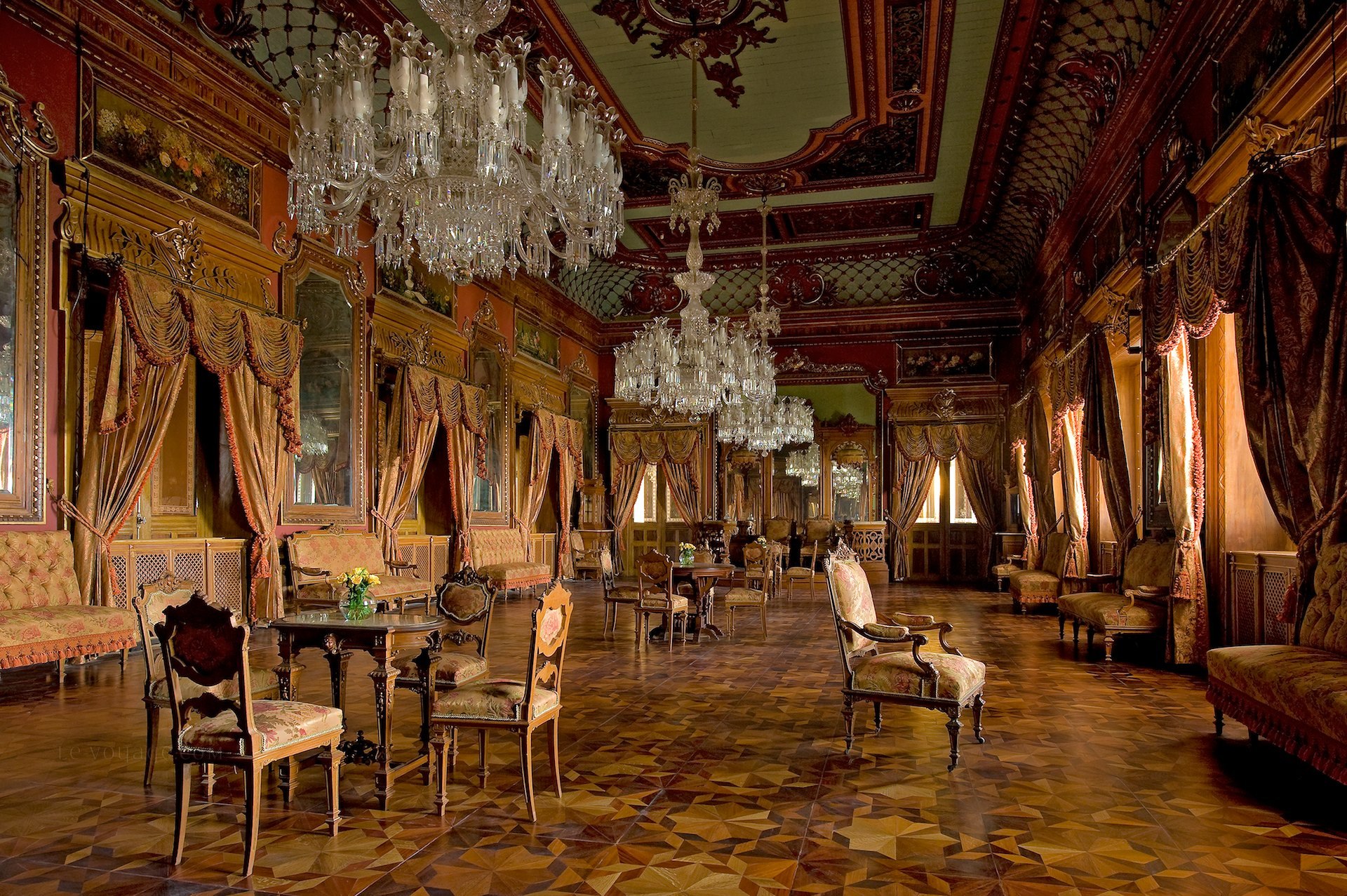 Hyderabad City owes its distinction of possessing such a magnificent heritage palace to Nawab Vikar-ul-Umra, brother-in-law of the then Nizam Mehboob Ali Khan, and Prime Minister of then princely state.

An unrivaled palace like Falaknuma Palace was Nawab Vikar-ul-Umra’s dream, inspired by his extensive travel across India and abroad. His dream became a reality at a whopping cost of 40 lakh INR some 130 years ago. It took nine years from its foundation in 1884 to completion in 1893.

Nawab Vikar-ul-Umra, who was nicknamed Sir Vikar, had called an English architect to get the best design for his dream palace. Spread over an area of 32 acres on a 2000-ft high hilltop, the palace is a unique architecture with a harmonious blend of Italian and Tudor styles.

The location of Falaknuma Palace is a vintage point offering sweeping views of Hyderabad City. Being at a distance from crowd and congestion in the heart of the city, the palace breathes freely. Made of fine-quality Italian marble, the palace shines like a diamond under the moonlit sky.

With two wings spread out in two directions, the palace resembles a scorpion, Sir Vikar’s star sign. It has various sections for different purposes. The ceiling of the grand reception hall in the main building boasts eye-catching frescoes. 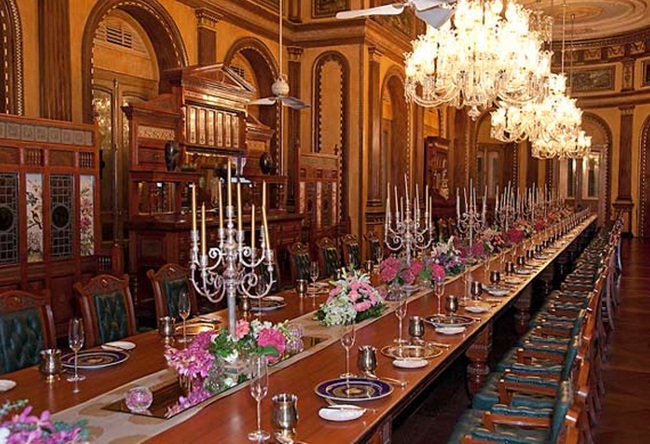 Of the things to see at Falaknuma Palace, there is a musical instrument weighing 2 tons in weight in the ballroom. It is believed to be the only one of its kind. The center of attraction is the colossal dining hall with the world’s longest table (108 feet) that can accommodate 100 people at a time.

The palace is famous for its sophisticated interior design which aesthetically appeals to the senses. The palace is decorated with rare artifacts including life-size oil paintings of important personas from the Nizam dynasty, and jade statues. Falaknuma Palace has the world’s largest collection of Venetian chandeliers including the most magnificent 40 in the main hall.

Mehboob Ali Khan, who was the sixth Nizam of Hyderabad Princely State in British India, was invited for a tour of Falaknuma Palace. Everything about the palace stole the show with him. He was so impressed that his visit became a stay for one month. Sir Vikar offered the palace as a gift to him, but he refused to accept it as a gift and paid a handsome amount instead.

The palace was the first to have got electricity in the whole state. It boasts of the largest electrical switchboards in India. it has been visited and admired by many prominent guests including King Edward VIII from England, Tsar Nicholas II from Russia, and Rajendra Prasad, the first President of India.

However, the marvel of the palace faded away in the late 1950’s due to poor maintenance. It remained in the wilderness till the Taj Hotels Group restored it to its glory through extensive renovation and made it a heritage hotel, with the help of Princess Esra Jah, wife of Mukarram Jah who is a survivor of Osman Ali Khan, the richest Nizam and most prosperous man in the world in his days.

Falaknuma Palace reopened its doors as a heritage hotel full of splendors in November 2010. The interior was elaborately furnished with classic furniture and upholstered with beautiful handmade tapestries.

It has won several prestigious awards in hospitality till date. With many such feathers in its cap, Taj Falaknuma Palace is evidently a rare jewel in the crown of Hyderabad.

Taj Falaknuma has recently topped TripAdvisor’s list of the best palace hotels across the world.

Travel Beats is a digital publication by Indian Eagle, a leading international travel organization. It connects the Indian diaspora in the US with the stories of India. Indian Eagle offers the best deals for flights to India from USA and Canada.

BOOK the Cheapest Flight to Hyderabad