Hyderabad is the second best place to see in the world in 2015, according to the annual guide of the Traveler Magazine of National Geographic. The Presidio of San Francisco in the United States tops the list of the best 20 places to see in 2015. The prestigious second ranking of Hyderabad in the world, given by National Geographic, has already created waves of curiosity about this 400-year old city’s culture, heritage and history among travelers across the globe. Hyderabad’s past and present coexist in harmony with each other. The city, though on the wheels of urbanization, has not lost its old world charm. Despite being a thriving hub of information technology, the Telangana Capital is popularly known as the City of the Charminar. On this occasion, we have rounded some interesting facts of Hyderabad to share with you.

Chowmahalla Palace defines the luxury of the Nizams 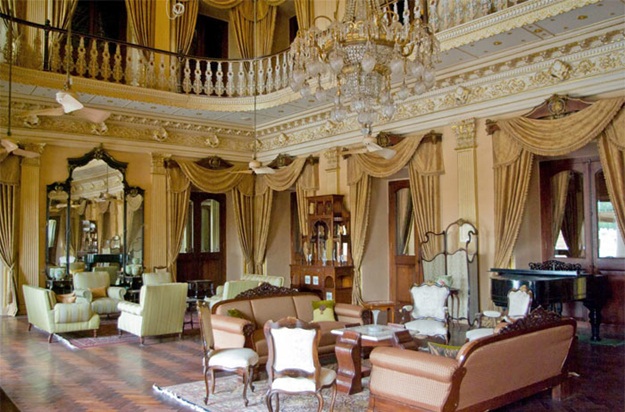 The Chowmahalla Palace, a few steps away from the Charminar in Old City Hyderabad, bears testimony to the lavish luxury of the Nizams in the bygone era. One of the finest royal palaces in India, the Chowmahalla Palace was the majestic seat of hospitality, where the Nizams of Hyderabad used to hold grand receptions in honor of their guests including imperial emissaries and British Viceroys, during the Asaf Jha dynasty. This Heritage of India has striking resemblance to Shah of Iran’s Palace in architecture. Such is the grandeur of the Chowmahalla Palace that historians compare it to that of a “Palace of Arabian Nights”. 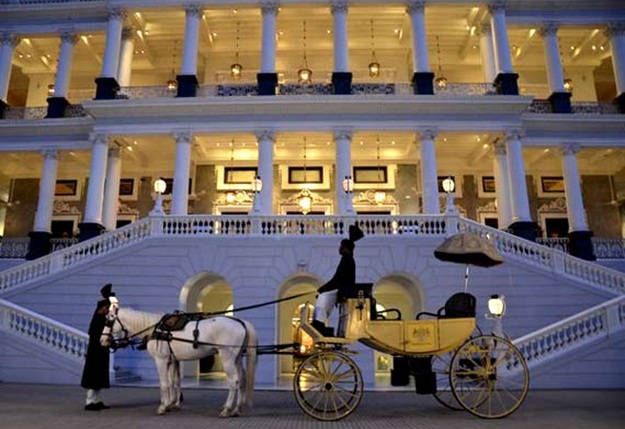 Hyderabad’s Falaknuma Palace is the best answer to the best Rajput palaces in Rajasthan. ‘Falaknuma’ means “mirror of the sky”, which justifies the unsurpassable height of elegance and magnificence that the palace boasts of. The palace has 22 spacious halls and 220 exquisitely decorated rooms with the largest collection of Venetian chandeliers. The Falaknuma Palace has resemblance to London’s Buckingham Palace in terms of sophistication and beauty.  The tableware, which was used to serve delicacies to the royal guests in the famed dining hall of the palace, was made of gold and studded with crystals. The décor of the palace retains the Nizami style, the French charm and the art-deco sensibility in harmony.

Charminar was built for a cause 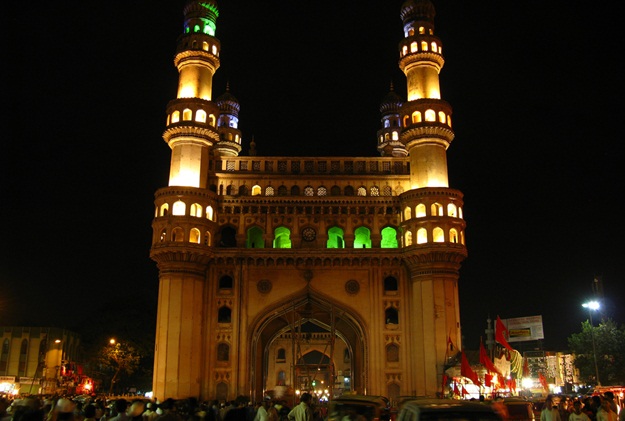 Most of the historic monuments in India were built by the kings, sultans, rulers and emperors as mementos of their victory in battles. The Charminar in Hyderabad is an exception to it. Plague broke out as an epidemic right after Muhammad Quli Qutb Shah transferred his capital from Golkunda to Hyderabad. He promised to consecrate a monument while offering prayers to the Almighty (Allah) in order to save his new capital from the plague. He kept the promise by having commissioned the construction of the Charminar in 1591, in honor of the Almighty.

The Life around Charminar

The flavor of Hyderabadi Biryani 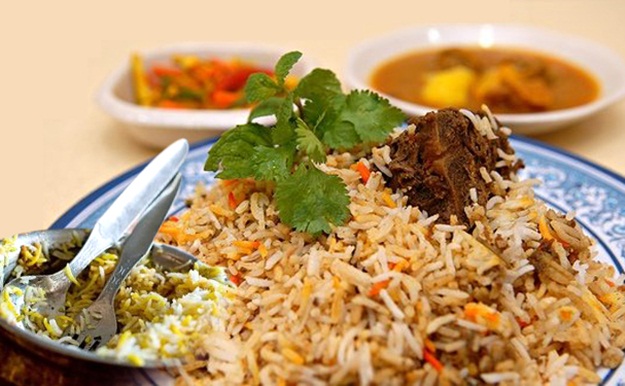 Hyderabad borrowed Biryani from the Mughal cuisine when Mughal Emperor Aurangzeb was in the Deccan for a long period. Hyderabad mixed its own flavor with the Mughal Biryani before introducing the delicacy to the kitchens of the Nizams. Thus the Hyderabad Biryani came to exist in as many as 149 varieties, which used to be cooked in the era of the Nizams.

The birthplace of Koh-i-Noor Diamond 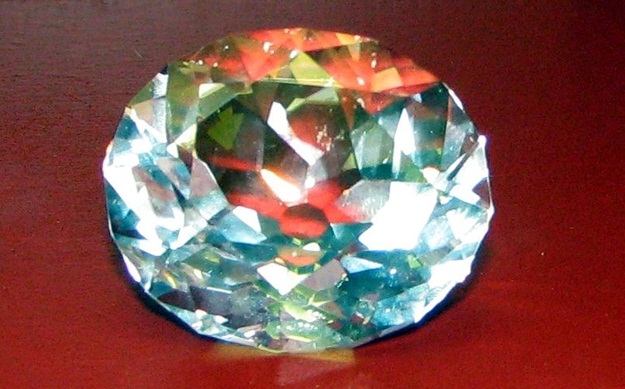 Hyderabad State in British India was the origin of the world famous Koh-i-Noor diamond, which traveled from India to England via Lahore. The diamond adorned the crowns of many kings in India and queens in England. It dazzled Shah Jahan’s Peacock Throne, Queen Victoria’s brooch and Queen Alexandria’s crown. Koh-i-Noor was in the treasure of the Golkonda Fort during the Kakatiya Dynasty in the 13th century before it was embezzled and possessed by the rulers of the next dynasties and empires. 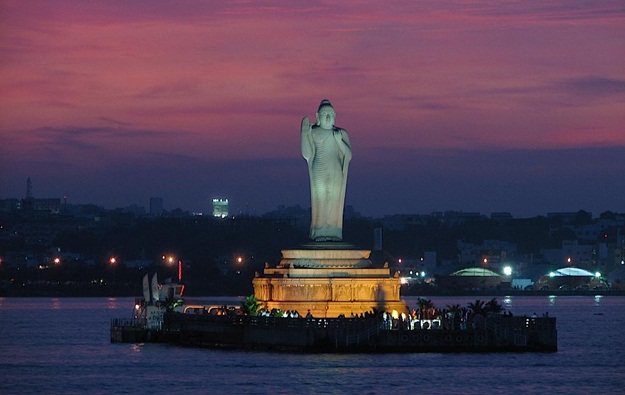 Hyderabad’s Necklace Road around the Hussain Sagar Lake with the 18-meter high statue of Lord Buddha on a small island in the middle of waters is the best answer to Mumbai’s Marine Drive. If Mumbai is proud of the Marine Drive, Hyderabad boasts of the Necklace Road. It is said that a team of 200 sculptors carved the statute out of a single piece of white granite rock in two years. A popular hangout and a major tourist attraction in Hyderabad City, the Necklace Road is named so for its resemblance to the shape of a necklace.

Varieties of dosa in Hyderabad 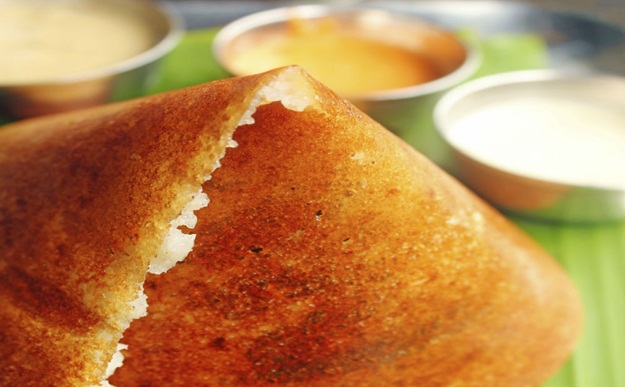 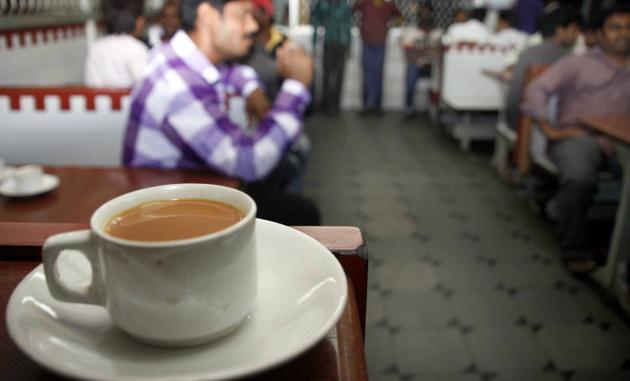 Hyderabad’s Irani café culture dates centuries back. Introduced by a group of settlers from Persia, Irani Chai (tea) became one with the taste of Hyderabad. The people in Old City start their day with cups of Irani Chai in the morning. The variants of Irani Chai including Khade Chammach ki Chai and Burkhe Wali Chai are unique to Hyderabad.

The Stories of Hyderabad

Flights to Hyerabad from USA have become cheaper with cheap airline tickets to Hyderabad International Airport from Indian Eagle. Check the best flights available on IndianEagle.com according to your travel dates.