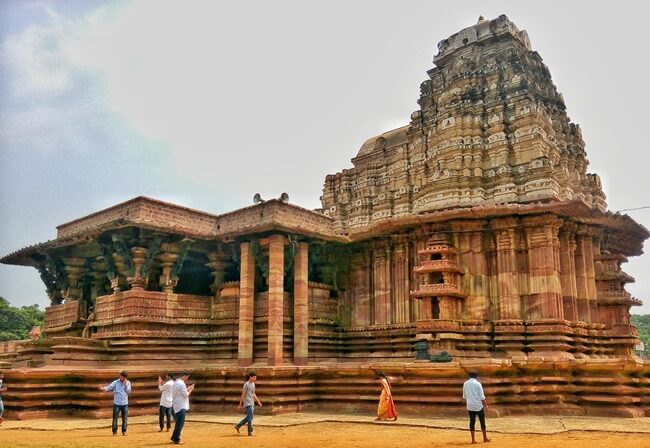 With Ramalingeswara Swamy being its presiding deity, the Ramappa Temple is a religious site with historical attributes among the most popular Lord Shiva shrines across the country. It stands tall in the walled complex of Kakatiya Temples and Gateways, as a living testament to the era when the Kakatiya dynasty flourished across most of Telangana, Andhra Pradesh, southern Odisha and eastern Karnataka from 1123 to 1323 CE. It is said that the temple took 40 years to be built.

The Ramappa Temple, India’s 39th UNESCO World Heritage Site, is a time-tested manifestation of the Kakatiya architecture and technology. The pillars placed with mathematical precision on a 6-foot high star-shaped platform support the roof, the bricks of which are so light in weight that they can float on water. The most amazing fact is that the pillars when tapped in certain places churn out musical notes to the surprise of visitors.

The foundation laid using sandbox technology early in the 13th century helped the temple survive a massive earthquake in the 17th century. The enigmatic technology continues to baffle scientists to this day.

Specific to the Kakatiya art known for delicate carvings, mythical animals, mythological figures, musicians and female dancers are intricately sculpted on the pillars, walls and ceilings of the temple. The sculptural carvings, though a little worn due to the decaying effect of time, do never cease to mesmerize historians, archaeologists, sculptors, and tourists in general. The universal appeal of the monumental architecture is still intact.

Captivated by the sculptural magnificence of the Ramappa Temple, Marco Polo, a European merchant and explorer who visited the Kakatiya Empire during the reign of Rudrama Devi, a warrior queen, remarked, “Ramappa Temple is the brightest star in the galaxy of medieval temples of the Deccan,” in his book titled ‘The Travels of Marco Polo’.

Located amid fields, hills and monsoon streams in Palampat, a small village near Warangal in Telangana, the temple was named after its chief sculptor Ramappa. Most probably, this is the only South Indian temple to have been named after its craftsman. Telangana’s Ramappa Temple is recognized as a UNESCO World Heritage Site for being an “exceptional testimony to a cultural tradition, which is living or which has disappeared.”