No more VIP darshan at the Tirupati Tirumala Temple! The Tirumala Tirupati Devasthanam’s resolution to end the discriminatory practice – VIP Break Darshan – against non-VIP devotees came into effect last week (July 18, 2019), making the Tirupati Balaji Temple equally accessible to all. YV Subba Reddy, who was appointed Chairman of the Tirumala Tirupati Devasthanam in June 2019, has announced to replace the VIP Break Darshan system with a non-discriminatory one which will give ‘VIP privilege’ to common devotees. 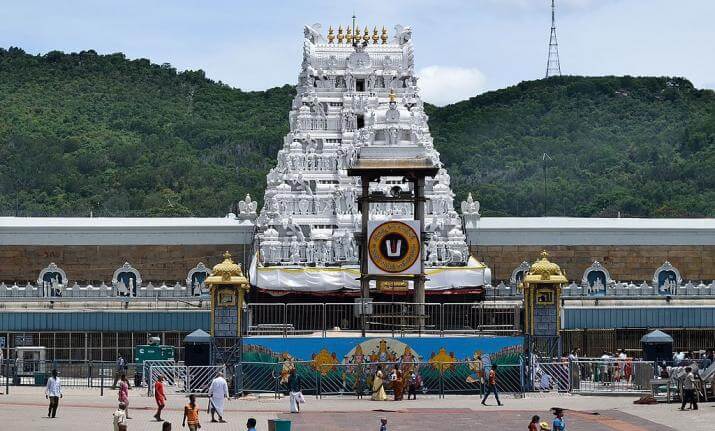 “In front of the deity, everyone is an equal devotee,” said Subba Reddy. Until July 18, 2019, the VIP Break Darshan at the Tirumala Venkateswara Temple had been a privilege for VIPs to get quick access to the sanctum avoiding the serpentine queues where ordinary devotees stand for hours and get a quick access. The ticketed entry of some devotees, which were objected to several times, has been abolished to simplify the VIP Break Darshan at the Tirupati Balaji Temple.

The ticketed entry to the sanctorum for a VIP darshan of Lord Venkateswara is one of the revenue sources for the Tirupati Balaji Temple. Reportedly, the Tirumala Tirupati Devasthanam (TTD) earned about Rs 250 crore every year from the ticketed entry of devotees, which gave rise to discrimination against multitudes of non-ticketed devotees who stand in long queues to catch a fleeting glimpse of the deity.

Earlier, the VIP Beak Darshan system at the Tirumala temple classified VIPs into List 1, List 2 and List 3. VVIPs like judges, top bureaucrats, high-rank government officers and sitting ministers are on List 1. The L2 list includes TTD members and their families, and low-rank government officials. Those with recommendation letters from ministers, MPs, legislators and TTD employees are considered List 3 VIPs. These VIPs with special darshan allowance, a preferential treatment to the affluent devotees, could see the aarti performed to the deity.

The VIP lists under the VIP Break Darshan system have been abolished in response to the petition that lawyer Umesh Chandra filed with Andhra Pradesh High Court, seeking to end the discrimination against common devotees at the Lord Venkateswara Temple, Tirupati. Regular devotees criticized the VIP darshan system, too, on several occasions in the past.

TTD Chairman YV Subba Reddy plans to limit VIP visits to the Tirupati Balaji Temple to once a year, so that the inconvenience caused to other devotees can be prevented or reduced. Putta Sudhakar Yadav, former TTD chairman, has supported the complete or partial abolishment of the Tirumala temple’s VIP Break Darshan system.

TTD is planning to bring common devotees within the purview of VIP darshan by linking donations to the ‘VIP privilege’. VIP darshan tickets would be issued to those who donate, at least, Rs 10,000 to the Srivani Trust, a new scheme for preservation and construction of Lord Venkateswara temples all over the country. The new system will not only curb demand for VIP darshan at the Tirumala Balaji Temple, but also be the bane of middlemen who befooled devotees to cough up a lump sum for a VIP darshan ticket.