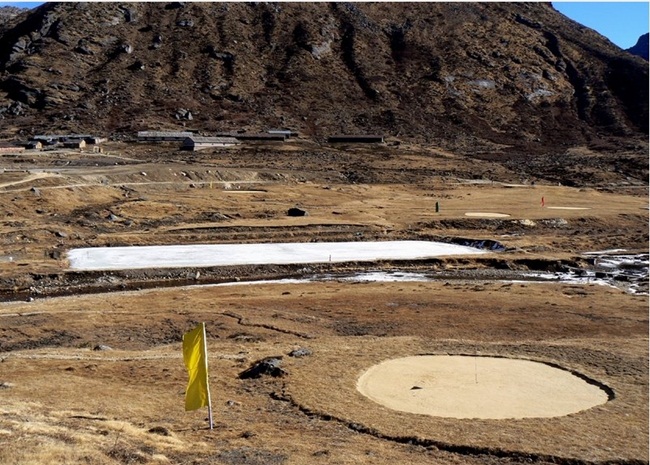 Have you ever imagined of playing golf at a height of 14,140 feet? If yes, the imagination is not far from reality. The northeast Indian state of Sikkim is going to have the world’s highest golf course near Nathula Pass, a mountainous route serving as a trade link between India and China. Named ‘Yak Golf Course’, it would be not only the world’s highest golf course but also one of the most interesting places to visit in India in 2016. 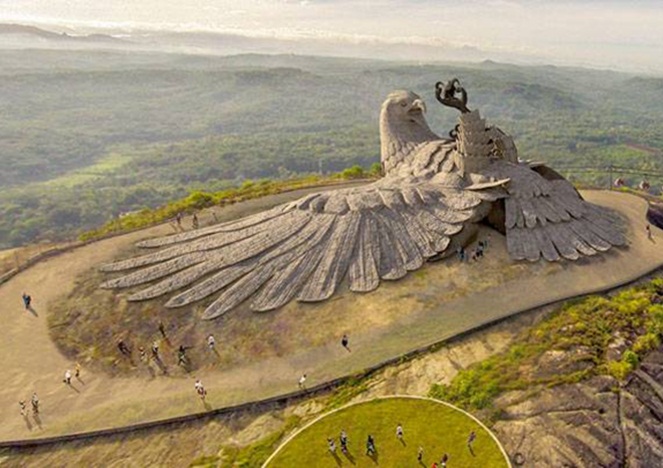 Kerala’s Jatayu Nature Park is inspired by the story of Jatayu, a mythical character in the Ramayana, one of the Indian epics. Chatatayamangalam in Kollam district, where Jatayu is said to have fallen from the skies during a faceoff with Ravana, is the scenic location of this upcoming park in Kerala. The park will feature an amazing blend of art, adventure and technology. The world’s largest bird sculpture of Jatayu on the top of a hill, measuring 70 feet in height, 200 feet in length and 150 feet in breadth is supposed to be the center of attraction in Kerala’s Jatayu Nature Park. The Jatayu sculpture will house a digital museum and 6D theatre. The park will house a dedicated adventure zone with several adventure games. A high-tech cable car offering a bird’s eye view of the scenic area will be set up over the park. Evidently, Kerala’s Jatayu Nature Park is among the upcoming Indian tourist attractions to watch out for in 2016.

Replica of Eiffel Tower in Kolkata

The first replica of the Eiffel Tower in Kolkata is surely among the upcoming Indian tourist attractions which are worth a visit in 2016. Kolkata has already laid the foundation of a replica of the Eiffel Tower in solidarity with the victims of terrorist attacks in Paris on November 13, 2015. Part of the ‘Seven Wonders of the World’ at Eco Park, the tower will have an observation deck at a height of 25 meters to offer sweeping views of Kolkata. It will have a coffee shop as well as a souvenir shop. Read on to know the facts about Kolkata’s Eiffel Tower replica. 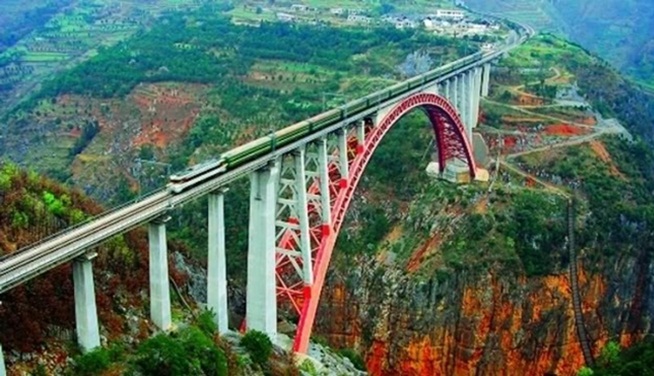 The Chenab Bridge under construction between Bakkal and Kauri in the Indian state of Jammu and Kashmir is a seemingly impossible technological challenge. Once completed, the 1,315m long bridge will be the world’s highest arch bridge with railway lines at a height of 359m over the River Chenab.

Statue of Unity in Gujarat 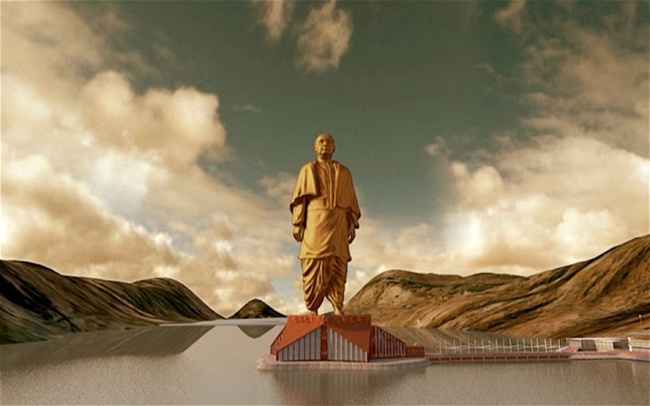 The upcoming Statue of Unity in Gujarat is among the new interesting things to see in India. Dedicated to Sardar Vallabhbhai Patel, an eminent leader of the Indian Independence Movement, the statue will boast a height of 182 meters or 597 feet on a river island near Vadodara. Expected to be the world’s tallest statue, the Statue of Unity will be surrounded by a lake sprawling over an area of 12 km. 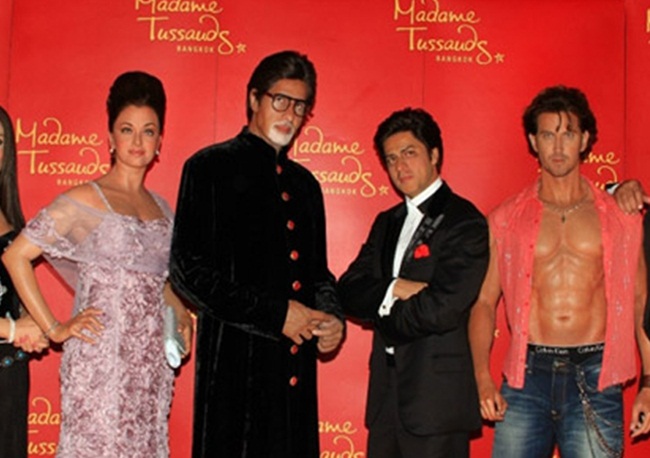 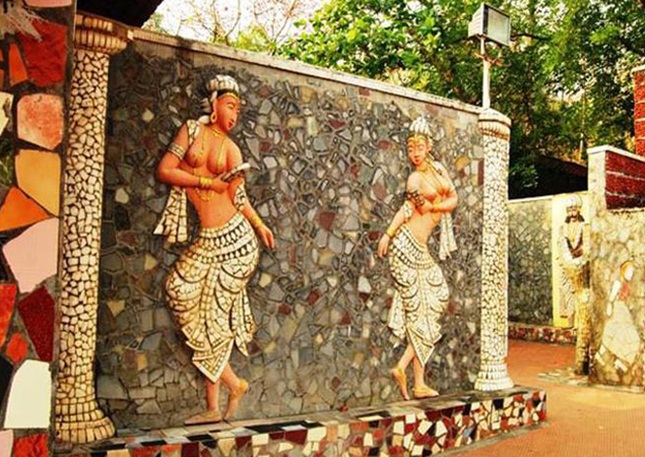 Odisha’s Rock Garden is also on the list of upcoming tourist attractions in India. Being built in Berhampur, it would be India’s second rock garden after the first Rock Garden in Chandigarh, Punjab. The garden will feature several creative structures and artifacts sculpted out of rock to take your breath away. Known for their rock-carving skills, the artisans of Odisha are expected to make the upcoming rock garden a major tourist attraction in the state. To be powered by solar energy, Odisha’s Rock Garden would be among the eco-friendly tourist places across India.

India has proposed to get the first war museum near the iconic Indian Gate in New Delhi. The museum will be a memorial in honor of the martyrs who laid down their lives in the post-independence era of India. Said to be India’s national war memorial and museum, it had been pending since 1960 due to the lack of approval from the central government. Among the tourist places to visit in Delhi, it will stand as a symbol for the Indian soldiers’ sacrifice in service to the nation. The estimated cost of the project is INR 500 crores. Once completed, the National War Memorial and Museum in Delhi will be among the best things to see in India. 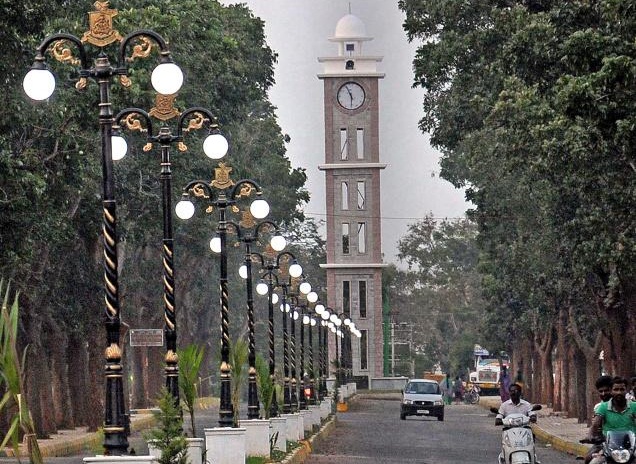 If Sikkim is to get the world’s highest golf course, Karnataka is to get the world’s tallest clock tower in Mysore. Infosys has proposed to build the 135-m high clock tower in its Mysore campus, a 2-hour drive from Bengaluru. Comprising 19 floors with a boardroom, the tower will reportedly cost a whopping $8.83 million. It will display a digital timepiece on the top. Read more about this wonderful initiative by Infosys among the tourist attractions in India.

Mysore of Mysuru, a historic city in Karnataka, is mostly famous for the Mysore Palace. An upcoming gallery on the River Cauvery would be another tourist attraction in Mysore. Believed to be India’s first river gallery, it will showcase the culture, life and biodiversity supported by the River Cauvery, the main source of water in Karnataka. The gallery will also exhibit how important role the River Cauvery plays in the lives of farmers across the state and highlight environmental threats to the river.

2 thoughts on “Upcoming Tourist Attractions in India: Best Things to See in 2016 and 2017”