“Some beautiful paths can’t be discovered without getting lost.” if you believe in the maxim, you need to get lost in order to explore Lucknow, one of the ancient Indian cities. A cultural potboiler of food, music, art, and handicraft, Lucknow is a heritage city dating thousands of years back. The city has become a mine of interesting facts during its journey from the Sultanate Era till the present decade through the British Raj. Indian Eagle collects the most interesting facts of Lucknow to help you get lost in search of more about the city. 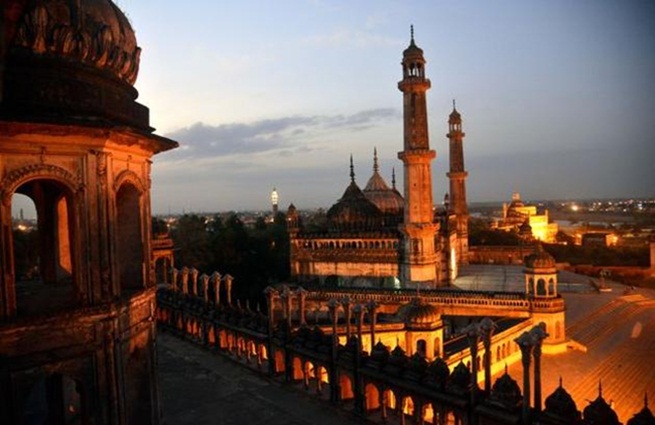 1 The origin of Lucknow is a myth to the common man. It is traced thousands of years back to the Suryavanshi Dynasty. If age-old legends are to be believed, Lakshmana, who accompanied Lord Rama in exile, was the founder of the ancient city of Lucknow, which was built on and around an elevated piece of land near the Gomati River. Then, it was named Lakshmanpur.

2 Lucknow owes its cultural and historic evolution to the Mughal Empire. Lucknow cradled the dynasty of the Nawabs in the first half of the 18th century when the then Mughal Emperors appointed Nawabs for smooth administration of Awadh.

3 Since the second half of the 18th century, Lucknow had flourished by leaps and bounds in all areas including poetry, music, dance, and others. The regime of the fourth Nawab Asaf-ud-Daula was the golden period of the city.

4 The seat of administration was shifted from Awadh to Lucknow during the British era of India. The city witnessed many uprisings against the British Rule. However, Lucknow was made the capital of Uttar Pradesh after India gained independence in 1947.

5 Lucknow was one of the hotspots of rebellious activities during the Rebellion of 1857, the first war of freedom from the British Rule in India. The fire of the uprising spread from Lucknow to Kanpur and then to Bengal.

6 When the British gained absolute control over Awadh, Sir Henry Lawrence imprisoned the then Nawab Wajid Ali Shah. The nawab was exiled to Calcutta (now Kolkata) in 1856. His wife Begum Hazrat Mahal had to seek shelter in Nepal.

7 In the beginning of the 20th century, Lucknow had lent support to the Khilafat Movement, a political campaign by the Muslim community for separation of an Islamic country out of British India.

8 Lucknow is one of the cultural capitals in North India. The bygone regime of the Nawabs in the city is best remembered for cultural extravagance. The Nawabs of Lucknow were the patrons of art and culture. They patronized not only cultural pursuits like music and dance but also construction of historic monuments which still stand today.

10 Among the tourist attractions of Lucknow, Bara Imambara is a colossal edifice. Bara Imambara houses Asia’s largest hall without any additional support of beams or pillars.  About 22,000 laborers were put to work during construction of this landmark monument.

11 Lucknow heritage is a blend of architectural influences from other countries. The University of Lucknow is inspired by the European architecture. Among the historical palaces, Dilkusha Kothi is an example of English Baroque architecture. It was built as a summer resort by a British resident in 1800.

12 Among the things to see in Lucknow, Bara Imambara and Chhota Imambara are an interface between the Mughal architecture and the Turkish architecture. Lucknow’s La Martiniere College was constructed in the Indo-European style.

13 On its list of tourist attractions, Lucknow boasts a stepwell. Shahi Bavali, the royal well at Bara Imambara, is identical to the stepwells of Rajasthan and Gujarat in construction, not grandeur. A fleet of stairs leads to the well at a depth of several feet, and the well is surrounded by bathrooms on the first and second floors.

14 Lucknow’s Awadhi cuisine is unique to the food culture of India. The Awadhi cuisine of Lucknow is known for multiple varieties of biryani, kebab and bread. Shami Kebab, Galawati Kebab, Kakori Kebab, Seekh Kebab, and Ghutwa Kebab are some of the different flavors of Lucknow food.

15 Lucknow Mahotsava is a popular festival of art and culture in the calendar of Lucknow events. Part of Heritage India tourism, the festival is annually held to promote the city’s art and culture at international levels.

16 Lucknow has been the cradle of Kathak, one of the classical Indian dance forms. Kathak gained popularity under patronage of Wajid Ali Shah, the last Nawab of Awadh. Also, Lucknow is home to Begum Akhtar, an eminent Ghazal singer. The city is the birthplace of a few great Indian musicians: Naushad, Talat Mahmood and Anup Jalota. Legendary Urdu poet Kaifi Azmi and Kathak exponent Birju Maharaj also belong to this city of Nawabs.

17 Lucknow is famous for various types of embroidery work. Chikankari, a 400-year-old embroidery art, is unique to Lucknow, the largest exporter of garments with Chikan embroidery.

18 Lucknow is India’s first ‘CCTV City’. Initially, the cityscape was brought under the surveillance of 4000 CCTV cameras. The number of cameras has been doubled this year. Advanced drones are used to keep a watch on major areas during special occasions.

Jet Airways, Flydubai and Oman Air connect Lucknow with the USA via Abu Dhabi, Dubai and Muscat respectively. E-tourist Visa to India is available at Lucknow Airport for tourists from the USA and Canada. India Tourism has started a double-decker AC train on the Delhi-Lucknow route giving smooth access from Indira Gandhi International Airport, New Delhi.

Indian Eagle is a leading international travel organization inspiring tourists for India travel and booking their cheap flights to India from USA and Canada  throughout the year.